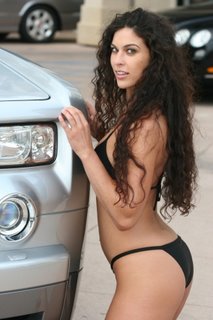 I’m disturbed. Quite frankly, I’m angry at these intelligent advertisers who can get away with absolutely anything. Just like a car dealership, they advertise, “Pay no money down and drive off the lot today! Don’t bring your checkbook!” When in fact, your check book is needed. You need to pay tax as well as DMV fees on the spot—which is understandable. But don’t tell me to leave my checkbook at home…because I will. They also use, “GM Clearance Sale”, which you would normally think, “Oh, GM is a good product, let’s go!” No. It’s “general manager’s” clearance sale. On top of that, the girl advertised in the bikini straddling the car doesn’t even come with the deal… Fraud!

(Sorry to the person who I know working in the dealership—but I had to let the public know about these shenanigans.) 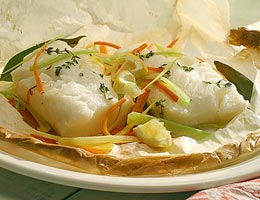 Off to more important matters. Fish. I’m a huge fan of the Chilean sea bass. I love it. Think of it as a huge scallop, but in a non-shellfish form. It’s delicious, it’s scrumptious, and it’s fricken expensive as hell! Usually, when we go out to dinner, and that’s on the special for the evening, I will order that above anything else. It’s a nice, fluffy white fish that goes great with a nice pinot grigio or even five martinis!

The other day I found out something very upsetting that my friend emailed to me. (Thanks Lisa…for RUINING MY LIFE!!!) Okay, I’m done with my psychotic moment.

Not only is the name Chilean sea bass a fraud, but the fish itself is horrendously ugly. For the love of God---the fish doesn’t even come from Chili! It’s called “Toothfish”. You saw that right. “Toothfish.” It originates from Antarctica. Far from Chili, no? So how did the Chileans claim this fish? Did they farm them? Did they find some “Toothfish” in their neck of the seas?

The Chileans were the first ones to “market” the Toothfish in the United States, and was able to call it anything they wanted. Clever marketing? I think so. Not only do they have the public thinking that Chili has this amazing fish, but they are pushing one ugly fish around!

I have no problem eating animals or fish that are not so pleasant to the eye, but I had no idea that this fish looked like this! They look like piranhas—check out the choppers on this bad boy.