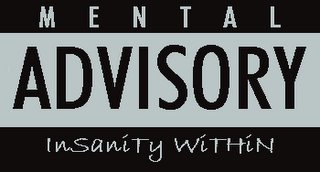 Being around my mother drives my OCD into high gear. I love my mother with all my heart, but there are some things that tweak my disorder into panic mode. Don’t get me wrong--those wonderful times spent having cocktail hours with mom and eating delicious hors d'oeuvres are great. My girlfriend and I love spending time with mom—especially on our day off, so we can indulge in some cheese and wine. Occasionally we’ll have the ol’ chips and dip out and some other over-marinated Italian delicacy laying around. 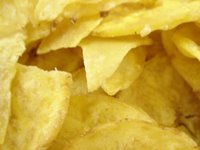 Problem? Mama’s a double dipper. Remember the episode of "Seinfeld" when they made an issue of the ‘double dipper’? It’s when someone takes a chip---dips it---then takes a bite---and dips that same chip back into the dip. Okay. Now the dip is out. Time to eat dry chips. So I head over to the marinated something or other. Now, we’re all ‘family’ really, so it doesn’t matter really. Or does it?

I see mom probing her fork into the container of marinated artichokes. My heart starts to race, because that’s the very thing I was about to grab.

NO! It’s not fine! I just sit there and take big gulps of my wine. Madelene shoots me a look of concern. No, really…I’ll be okay. I try to send these vibes over to Madelene, but she’s unaware that mom has already touched each cheese to check its texture. All food is out of the question now.

Fine wine. Ah, how I love a good bottle of wine. My mother relies on her truckloads of Carlo Rossi in huge jugs. Yes---they’re twist off caps----no corks. Fine. Now, I know she really likes that wine, but whenever I open a good bottle of wine, she always wants a sip of that little puddle you first pour into your glass. That little puddle only meant for ‘tasting’. No. She wants to be the ‘taster’.

Now, I know my mama don’t have cooties or anything of that nature. Hell---she gave birth to me and has been faithful to my papa---so why do I

cringe when she takes a sip out of my glass? For the love of God---get your own glass!!! Why sip mine? I must make it look better or something. I have no clue why everyone does this to me. It’s not just her---everyone wants to see the mental patient rock back and forth in discomfort. Fine. Whatever. Sip all you want. Let me just sit here and rock.

Don’t even get me started when I’m at a bar trying different wines. My one friend (who remains anonymous) always interferes with my OCD. She always takes a sip of my drink. Then, on top of that, her big luscious painted lips leave a huge lip imprint on my glass. I’m not talking just a ‘sip mark’---it’s as though she sucked the whole goblet down like a bottle of beer! Get your own fricken drink! Hell—I’ll even buy her a new drink.

”Here try dis’!” My father suggests, as he pours a little cordial into his glass.
“Oh, I’m fine dad, thanks.” I say, graciously.
“Yous’ kiss da’ cat butchya’ won’t drink outa’ ma’ glass! I know how you are—you’re a sicko! Sonova’bitch!” He says, with his little wheezy laugh of his. 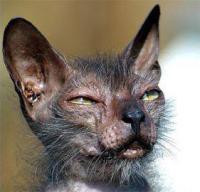 First let me tell you—I haven’t had a cat since I was like four years old. I’m severely allergic to them, but he insists on using the ‘cat theory’ on me each and every time. That’s another issue---I will never eat dinner or eat anything while being in someone’s house who owns a cat. Don’t ask---I just feel and know through facts that cats are very dirty animals. Debate me all you want on this---but their dander and their gifts in the litter box are very dangerous—especially for pregnant women. Look it up if you don’t believe me. I’ll never own a cat. Ever.

bring a cat into her apartment. (She doesn’t even know that fact either!) Sitting at a bar, she said, “I’m going to be owning a cat tomorrow.” And she knew I was allergic. So I said, “Ya know something? I don’t think it’s going to work out—we want different things out of life.” Bam! Break up was official. True story folks!

Back in 1993, I dated a beautiful Haitian man. I met him at my office. He had the most beautiful French accent ever. I had the biggest crush on him at work. He had the nicest butt I have ever seen on a man. Ugh—my heart raced when he used to come up to my desk. He was a bodybuilder and used to do bodybuilding competitions. His face was flawless, and his lips were scrumptious. Everything about this man was perfect. He invited me to his house so he could make me a delicious home cooked dinner. He said he was a very good cook—and he wanted to have a quiet evening with me. I agreed.

I knock on the door, and he opens it up wearing nothing but silky boxers and a sparkling gold rope chain hanging down to the middle of his chest with a crucifix on it. His body was glistening. Did he put baby oil on before answering the door? Okay---tacky---but very entertaining. I’ll chuck it up to a ‘hot day’. Fine. Whatever.

At dinner, and to my surprise, he made the most delicious boneless ribs sautéed in a spicy Haitian sauce that was handed down to him from his grandmother. He also had exotic fruits all over the table. The wine he picked out was unreal. I was literally in awe. Until this…

He took a piece of mango, put it in his mouth, and then came up to my face.
“What?” I asked.
“Eat the fruit out of my mouth.” In his beautiful French accent.
“Huh?” I said in fear.
“What I eat, you eat, we are one now.” He said, in a weird sexy kind of tone—yet disturbing.
“No!” I said, laughing it off, hoping he would back up and leave that one alone.
“Come on. If you love me, you will take the fruit out of my mouth. We kissed many times my love.” He says, now trying to sell me on this ‘ABC’ fruit.

He wouldn’t stop. That’s it. Date ends right here. I refuse to eat chewed up mango and swallow that nastiness. Forget it!

You see, my OCD is not much of a disorder; it’s more like a safety mechanism that somehow got programmed into my brain. I’m comfortable having it, and I feel ‘safer’ knowing that I would never eat fruit from someone else’s mouth.

Nuff said! On to another issue... 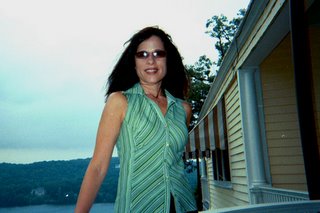 Now y’all think I’m kidding about my ridiculous fears on the threat of biochemical warfare, right? (Don’t ask where I got the instant southern accent from…) This evening, my sister Carla called me up. Now let me tell you a little something about my dear sister Carla. She loves to scare me. What do I mean? She absolutely entertains herself with giving me the first news of any terror alert or if there’s a tornado about to strike our town outside the city. Lovely right? So not only will I post her beautiful picture up on my blog, but I am posting a picture of what I did right after she called me telling me that Washington was hit with nerve gas. Of course they concluded that it was a false alarm, but at the time, CNN was reporting this incident as ‘confirmed positive for nerve gas’ in the nation’s capitol.

I even went down to see my parents, wearing the gas mask, informing them of the news. I told them to put on CNN to check it out. (Of course they thought I was completely out of my mind and told me to get out.)

“We’re watching American Idol right now!” My mother says, as she was glued to the T.V. set. We could be going through a nuclear holocaust—and she’d be more concerned on who gets to go on American Idol. Priorities, priorities… I went back upstairs and finished off a bottle of wine feeling safe with my handy gasmask. 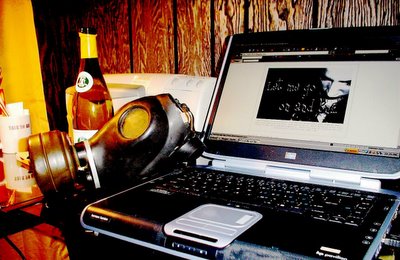