As I was heading out to see my shrink, my phone rings. It’s my friend Tamar. She sounded all raspy. She came down with the flu really bad and stayed home from work. Now, Tamar has to be one of the healthiest people I know. She runs marathons and takes such good care of herself; however she works in an office where the bug cubicle hops from one pod to another. 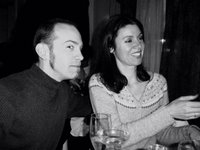 This weekend, Madelene (my partner) and I went out with Tamar & her friend Brian. They were both healthy. We went to this really nice restaurant nearby. It was so crowded that we had to squish ourselves in a mob full of people who were also waiting to be seated. I knew something was lurking in the air when I heard a few coughs.

So yesterday, I rushed out the door to pick up some needed things for her, such as tea, honey, medicines, a roasted chicken as well as beautiful tulips to lift her up a tad. I checked in on her, and she sounded as though her condition worsened over a matter of a couple of hours. Her cough was productive and she sounded awful. Her fever kept going up. I decided to bring her to the doctor. 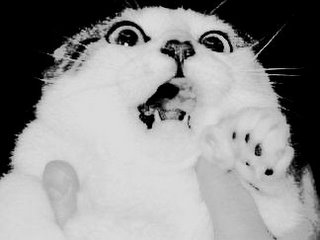 First time readers—here’s the lowdown. I have OCD. I fear germs. I fear walking into doctor offices full of sick people. I fear being around anyone who is ill. I fear being in a car with someone who has the flu, (limited air) and I don’t touch doorknobs. That’s an issue I’m dealing with in therapy. I packed up my antibacterial gel and wore gloves the entire time. I kid you not.

Preparation: See shrink before attempting any emergency situation that entails dealing with the sick.

Madelene and I picked up our little buddy and headed over to the dreaded doctor’s office. Madelene wanted to take the trip along with us. Brave girl. We walk in, and the entire room was crowded with zombie-like people coughing and hacking in every direction. Kids from wall to wall with colds, flues and other ailments and babies crying their eyes out. Where were we? Are we at the pediatrician’s?

I come to find out that there was no appointment made. It was ‘walk in only’, since it was after 5pm. Great. That means we have to wait for a slew of sick people to go in before we do.

“Want one?” Madelene says, as she picks up a magazine.
“NO! Are you kidding? Why don’t you just lick the doorknob?” I said, in this loud, whispery-type tone; annoyed that she offerrd me a magazine, since she is well aware that magazines in a doctor’s office is full of germs. Forgedabawdit’!!!

All three of us sat there like sardines; sandwiched between folks that looked like death warmed over. Lovely. It was 0 degrees out, and the office was just as cold. I kept my coat, scarf and gloves on. Even if it was 90 degrees, my gloves would still be on. Don’t ask. You already know why.

What amazes me about this whole doctor office experience is that no one talks. They sit there in silence and read magazines. Even if they’re with someone, they hardly say one word. People occasionally will shoot a glance over to you, especially if you get up to grab a magazine…God forbid.

Of course, I looked over at my friend Tamar, and said, “Well this is certainly blog worthy.” She laughed and said, “There’s really nothing to tell.” Oh was she wrong. My mind was going a mile a minute as I saw people sneeze into their sleeves, cough into the air without covering their mouths and then to have the audacity to open the door with the same hand. Ew!

I started to get a tickle. ~^~CoUGH~^~^HaCK~^~ What the?...Why the?...Huh? Am I getting sick? Can it happen this fast? I think my mind was playing tricks on me. I was having a false alarm—or hoping I was.

Tamar got called into that small examination room where she had to wait for probably another whole hour for the doctor. Now the fun was gone. It was Madelene, me, and the sickies staring at one another. Great. The silence was deafening.

Forty-five minutes later, Tamar comes out. Oh thank God! I thought I was going to duct tape everyone’s mouth so they would just shut up and not cough anymore.

“Deb? The doctor didn’t come in the room yet. Do you think they forgot about me?”
“Huh?” I said, almost wanting to cry, thinking we were finally out of that place.
“Go to the front desk and tell them!”

She did, and I went into the little waiting room with her. It was this teeny weenie little room that was lit up like a baseball field. The florescent lights were blinding. My eyes were bugging out. Anytime someone would pass our room, we thought – wait – could it be the doctor? Will the door open up? But it didn’t.

The door opens up, and the most beautiful woman walks in--dressed like she was going out on the town. This blond bombshell walked into the wrong room! This couldn’t be the doctor, until I saw the stethoscope. Tamar shot me a quick glance to see where my eyes were. Tamar’s lesbian friend was checking out her doctor. Believe me, if it was some hot Jewish male doctor that walked through the door, Tamar would be all over it!

Tamar got her medicine and we were out of there. Today I am going over her house to bring her some chicken soup. I want to make sure she’s okay---she’s family to me. I love her like a sister. I’d do anything for this girl. For me to go into a place full of germs to face my fears is a huge feat for me. But she’s worth it. Look at that face? How can you not?

Men Only: Tamar is a single woman looking to meet an interesting man who’s attentive, sensitive, caring and yes--well groomed. With her permission, I am setting up a dating service for only her—to find that perfect man. Can you be him? Email me if you’re interested in meeting Tamar. She is well traveled and a cultured woman with a lot to offer. She’s compassionate, funny and very intelligent. If you are intimidated by an independent woman---please do not respond. Not only is she beautiful on the outside, her inner beauty is just amazing. Any man would be lucky to have a woman like her. Email me at dtimagery@hotmail.com if interested. (NYC men preferable) Please send photo and a description of yourself.