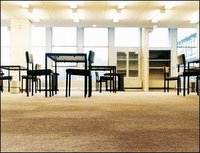 Everywhere you look on the net, advertisements for ‘Classmates.com’ will pop up, or some way to get in contact with someone from years and years ago. The school I used to go to has this alumni ‘look up’, where you can find anyone from your graduating class or anyone who attended that school. They have email addresses, phone numbers and information on what they’re doing now as well as if they’re married with kids and so on. Of course, these people voluntarily give their information to the website. This isn’t information that is gathered up by website lurking devices.

I’m not putting these services down, but I really don’t understand why someone would want to contact another person if they haven’t spoken in 15+ years. Do you know how much someone can change over a period of time? And if this is a love interest, the chances of them being married with an angry & jealous wife or husband are a great possibility.

I just don’t understand it. Okay, so you want to look up your best friend from twenty years ago. Why? The relationship obviously ended for a reason. I’m not saying it’s bad to look up someone from your past, but if the contact ended mutually---let it go! But if the contact ended where you lost one another’s number and life just got in the way…okay…I can kind of see that.

Here’s my problem. (among many others) I hated school. I couldn’t stand the kids and stuck with my little circle of friends. Even so, there was always someone in that group who irked me. I was so happy to get out of there. As soon as I started my life outside of school and started working, I didn’t want to have anything to do with my classmates. Of course I have three friends from school that I haven’t lost touch with. Those are ‘lifers’. I hang out with them from time to time and we always pick up where we left off…even if we haven’t spoken in months.

One evening, Madelene and I decided to go out for a drink after dinner. We headed over to the ol’ local bar where everyone in our area flocks to. It’s the main watering hole in our town. I opened the door, and was flooded with people from my old high school hugging me.

I accidentally walked into my ten year reunion. I. wanted. to. die. It was awful! People who snubbed me in school were hugging me as if I were their long lost first born! Get off me! Now, for all of you who personally know me in ‘real life’, you all know I’m very sociable and I love meeting new people. That’s different. This was a whole other ballgame I was dealing with. These are the people who irked me. These people didn’t even say hello in the hallway when we passed by. Why should I hug them now?

I have to say that part of the evening was very interesting. This gorgeous man with a body that would turn a lesbian straight came up to me. Yeh. He was hot.

“Debbie!!! OH…MY…GAWD!” He said, in this flamboyant tone. I don’t remember anybody being gay in my school—but then again, they certainly didn’t know I was gay either.
I looked at him. I stared at him. I squinted and tried hard to figure out who he was. It then hit me like a ton of bricks when he did a dance that he used to do in school to make everyone laugh.

He was the ‘class clown’. He used to be this really heavy kid in school who made everyone laugh their butts off. I was so amazed by his transformation that I just stared at him like a deer in headlights. He was gorgeous! I was so happy for him. After a few cocktails down the shoot, I finally got the nerve to asked him if he was a player ‘on my team’.

“What are you talking about?” He says, as he struck a pose near the bar like a queen.
“Oh, I mean, do you have a girlfriend or boyfriend?” I asked, trying to probe a little more tactfully.
“You think I’m gay too, huh?” He said, now with his hand on his hip and a stern look.
“Well, yeah. I’m gay—and I just thought you were too.”
“No honey, I work for the other team. I just love women!” He said, almost sounding exactly like Ru Paul at this point. I was so confused. He was way too hot to be straight. Oh you know what I mean! 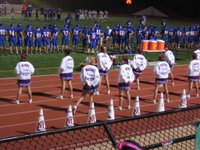 Anyway, I was mortified that I ran into my ten year reunion ‘after hours party’. The people who ran up to me were literally *on a line to hug me*. Now, I was flattered, but some of these people never associated with me—ever! Some of these girls who were the classic snobs almost squeezed the breath right out of my lungs. Get off me!

It’s always the case---I always seem to run into people I haven’t seen in years when I’m ‘in between jobs’. Lovely. Maybe I’m always in between jobs. Shush.

“So whaddya’ doing now?” The inevitable question has reared its ugly head.
“Oh…yeah….well, a little of this and a little of that.” Bleckkkkk! I always have the back up answer if need me. “I’m delivering pizza, and you???” It always makes them laugh, and the question gets totally avoided. But what if I really did do that as a career at the age of thirty something? Hmm. Nice people, huh?

I do admit, I browse around on the alumni site looking for that ol’ Miss Popular trying to gain back her friends. It always seems to be the case where the popular ones in high school always turn out to be the lost souls out in the real life. The ones who weren’t so popular---the artsy or the A/V people turn out to be these fascinating people with great careers. The people who no one wanted to associate with. I was sort of neutral. Oh hell—who am I kidding? I was hardly even there. My life revolved around partying and getting in trouble. I was one of those ‘bad eggs’. In school suspension got so mundane that I requested out of school suspension. The sad part is, they granted it to me. Who wants to sit around a classroom study hall all fricken day not saying a word? It was like Chinese torture!

I’m just glad to be done with it. You will never see my name on Classmates.com, nor will you find me on some alumni site trying to seek out an old friend. I promise you that.