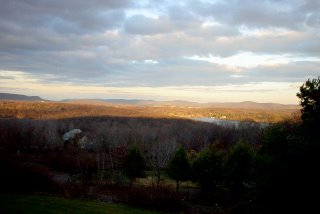 Well, I think I gained back the seven pounds that I lost from dieting. If any day will due that, Thanksgiving Day will. It’s one of my favorite holidays. Whether I’m surrounded by my entire family, or just spending it alone with Madelene, it has to be the best holiday ever.

It’s about being thankful, and of course—giving. This year, Madelene and I stayed home. We sometimes share it with my family, or we go to her family’s house. We stayed home last year, and realized how relaxing it was to just stay home by ourselves, cook and enjoy each other’s company without leaving to go anywhere. 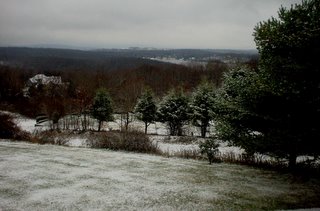 Yesterday morning, I woke up at 8am to put the turkey in the oven. As I walked over to the window, I noticed it had snowed. It looked so beautiful. It felt like an official holiday—it set the scenery. The mountains were capped off with snow, my lawn was covered with a thin layer, and my deck was covered in a soft white blanket. I took in the beautiful view for a while, because I knew it would melt off as the day went on.

As I sat there sipping my coffee, looking out on 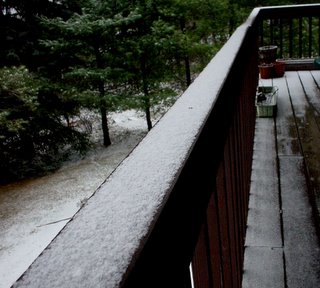 my deck, memories of friends in my life have been engraved in this wood forever. It was then that I realized how thankful I was for sharing my life with these certain people.

I want to thank each one individually.

*Madelene and I always ate breakfast out here in the morning when it was nice out. We would talk over coffee, and watch the sun rise up from the mountains. Sometimes we would come home from a night out on the town around 4am, and wait for the sun to peek its head over the mountains and lake. It was magical. 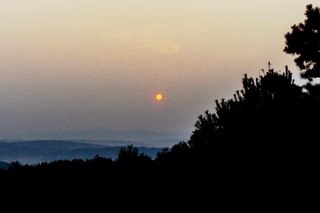 In August of 2004, we had a major blackout on the east coast. It was so hot out. The fact that it was so hot & humid made the house heat up like an oven. It was cooler outside than it was inside. We took our pillows and blankets and slept outside on the deck. It was so peaceful and quiet.


Madelene and I would sometimes spend the entire Sunday out there, drinking our favorite beer and listening to music. We talked about the future and of our past on that deck. We shared our beliefs in God, and how we both shared the same faith. I’m fortunate to be with someone that believes. I’m thankful to have Madelene in my life back then, in the present, and in the future. Thank you Madelene.

*Heather and I would grab some Chinese take out and a bottle of wine, and talk for hours on 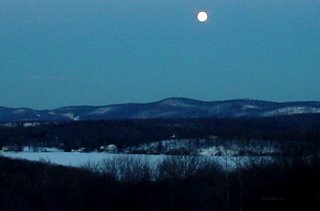 this deck. We shared intimate details of our past, and opened up to one another. One night we fell asleep out there, under the stars along with her little Miniature Pincher named Sammy. I woke up, and saw little Sammy staring right back at me; sitting on my chest as if she were protecting me. She’s no bigger than a squirrel. During the summer, we would grab a few beers, hang out on the deck—and even play quarters. We laughed at how juvenile it seemed, but we had so much fun. One of my last memories with Heather was on July 4th of 2003. We watched the fireworks from across the lake and some were shooting off in the mountains somewhere. I’m thankful for sharing those moments with her. Thank you Heather!

*Lisa and I would come back to my house after a night out, and finish off the last remains of our Pinot Noir. When the wine wore thin, I would make us the most delicious cappuccinos and bring them outside on the deck. Of course, we never could sleep after drinking those, so we usually broke night. There was one evening, where Lisa, Madelene and I were outside on the deck having a great time, enjoying the beautiful weather, when we got a phone call from my father downstairs.

“Debbie! That b*tch called. (My neighbor) And she is complaining about the noise outside. I don’t hear anything, but she said you were making her dogs bark…I should have told her off! Don’t go back in on the count of her.”

My neighbors two German Shepherds are always outside, barking nonstop 24/7. Every neighbor complained about these dogs. They’re neglected and left alone. They want attention. My neighbors are never home, and they keep them in this huge kennel-like cage—to bark all day, and all night. She has some nerve telling me to go inside---when her dogs are the ones leaving me and the rest of my neighbors with bags under our eyes.

I had a lot of fun with my friend Lisa out on this deck. There were plenty of times where I was depressed, and she would rush over (of course with my favorite bottle of wine) and make me laugh till I couldn’t take it anymore. I’m thankful for those memories. 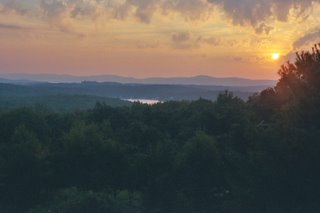 *Bri and I always woke up with huge hangovers from being out at the club all night. I never let my friends drive home after a night out, or drinking, so they usually stayed over. In the morning, I’d knock on her door, to realize she’d been up for quite some time. We grabbed a cup of coffee and headed out on the deck.

As the ibuprofens soaked into our bloodstreams and relieved us of our pounding headaches, we sat there enjoying the view, and talking about the night before. We laughed over the things that happened, and we also laughed at some of the things we didn’t ‘realize’ happened. That was usually my part.

I’m thankful for sharing those times with her. Thank you Bri!

*Kim would come over before nightfall, and we would have cheese and wine parties outside on my deck. It was just the two of us hanging out. We told stories of our past, and spoke of our ex-girlfriends---can’t get better than that, can it? We laughed over our silly stories and spoke of personal stuff that only two good friends would share. We were both going through relationship woes at that time, and relied on our friendship to cheer us both up. It was therapeutic and very much needed. Thank you Kim!

Lisa #2…Yes, I have a lot of Lisas in my life. Lisa would drive three hours to come see me. No doubt, I knew that it was always a guaranteed good time when we saw one another. We’d go out to dinner, have a few drinks afterwards, and hang out on my deck later on that evening talking about everything---and anything. Lisa trusted me with personal details of her life that I am so grateful for. She shared her life with me out on that deck, and made me feel valued as a friend. She accepted my flaws and imperfections of being human, and never once judged me.

She’s an awesome photographer. She would take pictures of the view from my deck. There were days we were out all day driving around with our cameras trying to get the perfect view—but it was usually right in front of us as we sat there on the deck. 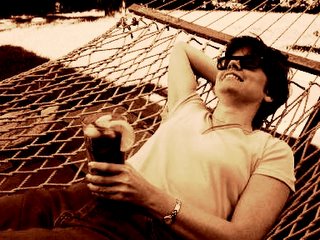 *Tara, my little city friend. We never really did sit out on the deck, but we would hang out on my patio drinking Stella beer till the wee hours of the night swinging from a hammock under the stars. We told so many stories and laughed so hard over stupid things we did in the past. Tara holds many secrets of mine, some which she could blackmail me for—but I know she wouldn’t do that…I think? Tara is one of my closest friends, and I hope to have her in my life forever. She is loved not only by me, but Madelene treasures her friendship as well. She has become ‘part of our family’, and I hope she knows that my door is always open to her—anytime she wants to spend the night at the good ol’ B&B up in the country. Sometimes she needs a break from the city, so she comes up here. She used to say that I lived up in Alaska—because I’m considered ‘upstate NY’, but when she found her girlfriend, she realized what upstate really meant. That three hour commute must mean love!

I hope your new girl realizes what a great woman she has. Thank you Tara!

Each time I walk outside on my deck, staring at the view, I'm reminded of all the wonderful times that I spent with friends and loved ones. This Thanksgiving, I thank everyone who has touched my life, whether they are still with me, or in my past. Their presence may leave, but the memory of them still remain in my heart forever.