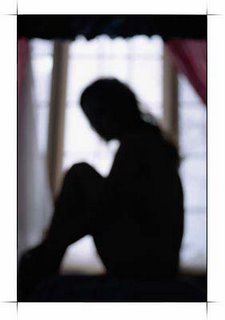 Little by little, I am starting to understand why things happen. It could be from losing a job, and finding out there’s a better one to follow—to a break up, and realizing it wasn’t for the best.

“Oh everything happens for a reason…”

I’ve heard that so many times. I’ve said it so many times. After some time elapses from the sad event of losing a job, a lover, or a friend, it’s important to look at the ‘big picture’. Was this person or job taking away the quality of your life? Did that person have negative impacts on you? And a *personal* one of mine---did this person take you away from “God”.

I’ve been in relationships where my primary focus was on ‘her’. I woke up, thought about her; tried to make her happy in every way. I spent time, money and energy on her. I didn’t have time for “God”. The chemistry is what makes you run back for more—but, remember-- emotion eventually leads to commotion… I finally became a very miserable person, resenting everyone around me, when I was the blame. My choices led me into a deeper level of depression. When we broke up, I believe with all my heart that it was God’s will.

Friends can have the same impact. This can be on different levels though. Some just drain the living energy out of you---leaving you exhausted and wilted after they have spewed their life’s woes upon you. Aren’t we supposed to help our friends? Aren’t we supposed to be their ‘crutch’? A true friend stands by you no matter what...right?

What if it’s one sided? It can literally make you exasperated. It’s always good to help people when they need it—no doubt. I also learned that people need to do the same for ‘us’. We need to take more care of ourselves; to love ourselves more. Sometimes we give give give and give some more, to end up tired and full of resentment. We’ll store up all this negative energy in our bodies, thinking it’s only “emotional turmoil”. In actuality, emotional turmoil will find its way out into the physical nature.

There are other circumstances of letting ‘a friend go’, in a healthy way. Some people have to part, due to different reasons. I recently had to let a very close friend of mine go. We’ll call her, “Jackie” for now…

Jackie and I were the best of friends. We did everything together. We went out for dinner on the weekends, and then headed off to karaoke at this dive. We usually stayed till last call, and then she would crash at my house. The fun didn’t stop there. We usually woke up, had a big breakfast, and of course---our hangover remedy---the bloody mary. Our buzz didn’t stop until Sunday evening.

Jackie was single back then, and I was just getting back into a relationship Madelene. Madelene and I were separated still, but trying to work things out. Sometimes, all three of us would go out together. We always included Jackie in everything we did. We usually got a group of girls together, and headed off for another evening full of adventures. We vacationed together, and usually spent every weekend having the best time. We would laugh the whole time together. We both used to comment of how much we felt as though we were teenagers again.

While having a barbecue one summer evening at my house, I remember Jackie coming up to me. She looked like she had something serious to tell me.

“Deb…Please promise me one thing…”
“What, Jackie?”
“Don’t ever not talk to me if you and Madelene get serious again.”
“I promise! You’re my best friend; I would never do that to you…”
“I mean, I hope things don’t change if you two do work it out.”
“Jackie, single, or coupled up, I will always be here for you.”

With that being said, I believe Jackie felt this sense of relief that Madelene wasn’t a threat to our friendship. Sometimes we can feel as though a friend’s significant other can be a threat, but in actuality, it can be a blessing. You just make another friend.

July quickly approached, and Jackie met a wonderful girl. She seemed happy, and wanted us to all get together. We hung out a few times, but I found something different in Jackie’s behavior. She wasn’t as comical as she used to be, and her demeanor was a bit ‘off’.

Okay---maybe she’s just nervous. That happens though… You get into a new relationship, and you’re a bit hesitant to show that ‘comical’ side that usually pours out of you after a few drinks. I tried making conversation with her new girlfriend, and only got one word responses. No problem…Maybe it was “me”… Madelene went up to her girlfriend and got the same thing…One worded responses…Hmm…Maybe she just doesn’t like us. Then our friends approached her—to notice the same exact thing.

Okay. We established that Jackie’s new girlfriend was a bit shy. The next time we ventured out, I made a conscious effort to make Jackie’s girlfriend feel at ease with us. When she met us at my house, I gave her a huge hug, and told her how much I appreciated her coming out with us. We headed off to a bar to watch my friend play in a band. It was a fun night, and we all were dancing, drinking, and having the best time.

I noticed that her girlfriend was coming out of her shell. I found her! There she was---with a wonderful personality with this warm compassionate side about her. This was amazing. A little effort on my part, and I got to see what an amazing girl she really is.

Each time we hung out, I noticed Jackie’s demeanor a bit down. She didn’t speak much, she didn’t laugh much, and on top of that---she didn’t talk much. This baffled me—as well as it did Madelene. We couldn’t understand why Jackie’s personality changed so quickly.

Soon enough, the phone calls, the emails, and all the visits came to a huge halt. We only saw each other on special occasions and holidays. No more, “What are we doing this Saturday…” It was more like, “Oh let me check my calendar……..for NEXT MONTH!” This kept up for approximately one year.

Questions were raised in my head… Can a relationship totally change one’s personality? Can there be something about that relationship, which Jackie isn’t willing to discuss? I was getting concerned, thinking that Jackie no longer wanted to be friends with us. So, I decided to invite her to our parties, regardless if I knew the answer would be ‘no’…

Jackie and I used to get impatient for the weekend, and go out on a Wednesday night for dinner and cocktails. No more… It was inconvenient for her now.

“Jackie, listen, what are you doing next Friday night? Do you want to go out for a bite to eat and some drinks?”
“What? On a weekend???”
“Well, yeah, so we don’t have to wake up early the next morning.”
“Oh, that’s not good. I can’t do that to my girlfriend.”
“Does she mind you going out with a friend? I go out with friends sometimes and Madelene’s okay with it—vise/versa…”
“Well I feel bad leaving my girlfriend here on a Friday night.”

Now keep in mind, I always include her girlfriend with all our outings, but I just wanted to see my friend, and talk to her like we used to—without our significant others. (Not in a bad way) I was asking for a happy hour outing, not a romantic dinner and wine back at ‘my place’… And if that happened, Madelene would be there to share that wine. No threatening situations here.

All four of us went out one evening to this sushi/Japanese/American fusion type of restaurant. We all ordered, had our drinks in front of us, and to my surprise---dead silence. I tried to conjure up a conversation with Jackie’s girlfriend…Again, one word responses---in fact---I only got ‘nods’… I then went to make conversation with Jackie, and she was very limited with her words as well. Madelene and I both noticed that there were no eye contacts made, just nods and small talk about the food. Madelene and I decided to just keep the conversation amongst ourselves. It was like pulling teeth to try and communicate with them.

What happened to my friend? It was as if she has a muzzle on her mouth. She couldn’t even look at me—no less talk to me. Her girlfriend observed every move, every word that came out of everyone’s mouth---but none of her own.

After realizing that there seemed to be some sort of guilt factor or controlling issue within that relationship, I made the decision to back out of that friendship. Something was wrong. I wished her the best, and explained my uncomfortable position regarding this. She didn’t understand why I was backing out of the friendship. She stated that they were very tired that evening. I’m not talking about one evening here-- I’m talking about the past year... She’s been tired for one year???

I still love my friend with all my heart and I just hope she is as happy as she says she is. I hope that I didn’t do anything to offend her, or make her feel uncomfortable—but I miss my ‘old friend’----the one that was comfortable around me. Do you think I made the wrong decision to not stick it out? Or do you think this is the case of, ‘everything happens for a reason’?