How Can You Be a Christian? 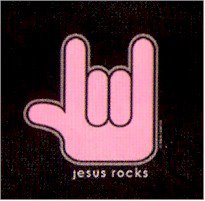 “Hey, what’s that on your car?” Jay, a coworker of Madelene’s asked.
“Oh, that’s the Christian fish, to symbolize Jesus.”
“Oh…You’re a Christian?”
“Yes, I am!” She said, very happy and excited that someone was interested in her faith.
“Eh, Christianity is a bunch of crap! How can you believe in that stuff? How can you be a Christian???” He asked, in a bitter tone.
“Well, for me, I live my life for the Lord. It’s my faith that makes me believe.” She responds.

Lately, Madelene has been badgered at her place of work for being a Christian. They all know to some extent that Madelene is a lesbian. Her best friend Brian works with her, whom we always have dinner parties with. He brings his wife over, and we all hang out. He accepts Madelene and my relationship, and we respect his relationship. The fact of the matter is, when a woman is known to be a ‘lesbian’ in the workplace, it spreads like wildfire.

Madelene came home one night from the dealership, while I was preparing dinner. She looked a bit frazzled and discontent. I asked her what was wrong, and she explained to me the conflict she was having at work with one of the guys on the floor.

“I just don’t know what to do, Deb. He doesn’t understand my faith, and he puts me down for it. He’s not even asking me about it—he’s just insults me.”
“Well, what is his faith or belief?” I asked.
“He doesn’t have one. He’s atheist.”
“Okay, well then, it’s easy for him to be confused about people who ‘believe’…To them, it’s the same as believing in Santa Clause.” I explained.
“But he doesn’t respect me, and it irritates me when he says that my faith in God is ridiculous.” Madelene says, in this depressed tone.
“You can’t let that get to you, and there’s no use trying to explain a religion to someone who doesn’t believe. All you can do, is share your beliefs with him, but never try to convert someone. It sounds to me, that you’re trying to convince him that he needs to believe.”
“No! I’m not! But I have to fight for God. It even says in the bible that we must fight against the enemy.”

Now, to some extent, it does say that we must be strong, and to fight against evil, but to me, this is just a person who has his own belief, which is ‘not to believe’ in any God. We have to accept that. That’s “okay”, and his decision to do so. Who are we to try and convert someone to believe that God is real?

This is a scripture I found in the bible that has a lot to do with ‘everyone’s’ belief, whether it’s none at all. I think you’ll find this interesting.

“Accept Christians (or atheists) who are weak in faith, and don’t argue with them about what they think is right or wrong. For instance, one person believes it is all right to eat anything. But another believer who has a sensitive conscience will eat only vegetables. Those who think it is all right to eat anything must not look down on those who won’t. And those who won’t eat certain foods must not condemn those who do, for God has accepted them. Who are you to condemn God’s servants? They are responsible to the Lord, so let him tell them whether they are right or wrong. The Lord’s power will help them do as they should.

In the same way, some think one day is more holy than another day, while others think every day is alike. Each person should have a personal conviction about this matter.” ~Romans 14:1-5

It all boils down to that each and every one of is so unique, much like a snowflake. We’re complex, with different beliefs, different values and different upbringings that may influence us on how we think or what we have faith in. We cannot force people to think like us. We’re not robots that can be programmed. 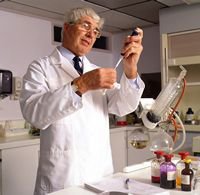 Some people think I’m absolutely nuts for believing in a God. For me, it’s a matter of personal experiences that I have had. Scientists and non-believing psychiatrists will tell you that I may be schizophrenic with my stories of witnessing Jesus. The truth is, I have seen Him, through my faith and constant struggle to ‘seek Him’---I found Him numerous times. There was a time where it was so overwhelming, that I collapsed with an unbelievable feeling of joy. Madelene witnessed this, and was touched by it as well. Call it euphoria--call it what you will, but to me, this was God.

Madelene and I have been cursed and ridiculed for even having faith due to our lifestyle as ‘partners’. How can lesbians be Christians? There are so many sectors of Christianity that believe in various areas. Some churches accept us 100%...while others will never be accepting of our lifestyle. We found a church that accepts us, and we are very grateful for that.

I also pointed out a scripture for Madelene to comfort her with her conflict at work.

“But if you are willing to listen, I say, love your enemies. Do good to those who hate you. Pray for the happiness of those who curse you. Pray for those who hurt you. If someone slaps you on one cheek, turn the other cheek. If someone demands your coat, offer your shirt also. Give what you have to anyone who asks you for it; and when things are taken away from you, don’t try to get them back. Do for others as you would like them to do for you.” ~Luke 6:27-31

I want Madelene to be strong when someone other than her faith, or none at all, comes to attack her with verbal words that bring her down a notch. She feels awful when someone ridicules her for her beliefs as a Christian. There is no use fighting over it. Let it go. If that person is going to change—only “God” can change someone…Not a human.

As much as Madelene and I want to be accepted as “Christian Lesbians”---this also means it has to work both ways. We also have to respect others with their faith, and the lack there of. The countervailing force that tugs her at work has literally drained her energy. She’s exhausted from trying to explain ‘why’ she’s a Christian.

Do you ever get attacked for a certain belief? If you do, how do you handle it? Do you retaliate and defend yourself? Or do you just ‘let it go’?