"Why Are the Americans More Concerned Than Us?" --Zimbabweans on Cecil the Lion 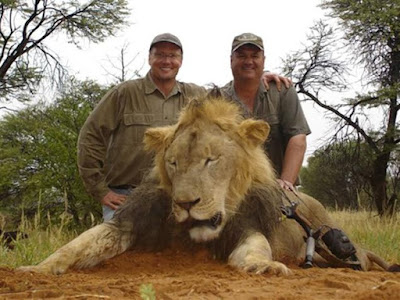 Isn't it wonderful when people come together and share their thoughts onto social media, spreading awareness to something that they feel is important? I love seeing people pull together, showing their passion for some things that can seem so out of our control. I haven't gone one day without seeing the tragic hunt down of Cecil the Lion. The hunter is now being hunted. Dr. Walter J. Palmer not only got a huge backlash on social media over his kill, but he lost his business and had to go into hiding. I mean, if you want to be brave, get into the lion's den without your gun and see who wins. Dr. Palmer needed a large head on his wall to make up for his "shortcomings".

In all honesty, I've never seen such outrage before. Everywhere on social media you'll see "Cecil! Cecil! Cecil!" Even Jimmy Kimmel had a little emotional outburst of tears while speaking about the death of Cecil.


I wonder if Kimmel had tears while watching Samuel DeBose being shot down by a cop a few days ago. He was unarmed. Did he cry over the death of Sandra Bland whose death is still being investigated? Did he tear up while watching numerous videos of mothers leaving their babies to die in hot cars in this scorching heat? Or how about pet owners leaving their dogs to die in a hot car while they're off shopping for an hour or more? There are murders and suicides every single day and not one person really makes a big fuss for too long over it. Many go unnoticed because the media only chooses to feed you what they want you to know. 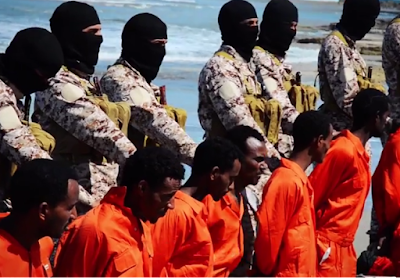 Nobody even talks about Christians being killed every single day by ISIS. Not one tear for a beheading -- even to our own soldiers. Just a big "gasp" and "that's horrible" type of reaction. But what makes Cecil the lion so above the 'emotional richter scale'? What makes people so drawn to this story as if it somehow hurt them on a personal level? Do you know that even Zimbabwe residents are confused over why Americans are so brokenhearted over the death of a lion? They said, "Why are Americans making such a fuss?"


"What lion?" Minister Prisca Mupfumira asked in response to a request for comment about Cecil.
"Are you saying that all this noise is about a dead lion? Lions are killed all the time in this country." said Tryphina Kaseke, a used-clothes hawker on the streets of Harare. "What is so special about this one?"
"Why are the Americans more concerned than us?" said Joseph Mabuwa, a 33 year old father of two cleaning his car in the center of the capital. "We never hear them speak out when villagers are killed by lions and elephants in Hwange."
The relationship with game is a tricky one for Zimbabweans. Hundreds, if not thousands of Zimbabweans are killed by crocodiles, lions, elephants and other animals each year in the African country. The problem is compounded by extreme poverty and poor infrastructure. In a country where unemployment is over 80%, the residents just can't see what the big deal about a lion is. ---read more by clicking here. 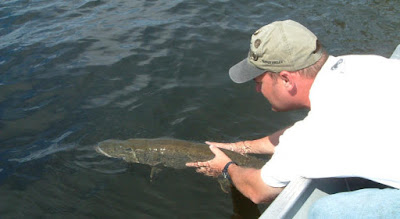 With all due respect, I don't understand the sport of hunting. I don't even understand the catch and release while fishing. It makes absolutely no sense at all. Why kill a beautiful animal if you are not going to eat it? A "sport" should not be about killing. It should have everything to do with enjoying "LIFE" -- not death. I'm a huge animal lover, but I'm also a huge lover of human beings. I just don't understand why people are putting a lion above a human being's life. Yes, it's sad, but we have bigger fish to fry (so to speak). Let's shed a tear for our fallen soldiers, for our beheaded Christians who died so brutally, and let's get a little more emotional when we hear that one of our own are being hunted down by our own police officers. I care more about Zimbabweans getting killed by crocs, lions and elephants than I do with a lion being hunted down for big money by a dentist. I don't know -- does it seem "prejudice" to care more about our own kind being killed?