Caitlyn Jenner States That She Would Feel More "Feminine" With a Male Partner -- Wait, What? 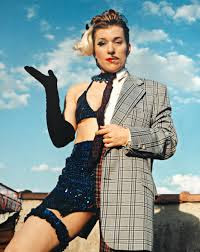 There are so many topics that are within the 'one' topic of transgenderism. There are even "dos" and "don'ts" out there on the internet in case you happen to be in the company of someone who happens to be transgender -- like don't misuse pronouns (him, her, she, his, etc.) -- and never (ever-ever-ever-ever) call a transgender person a "tranny". This word was adopted by the porn industry and connotes a sexual seediness to it. And like the label "transgender" comes the label, "cisgender" which many people have no clue what it means. It basically means born by birth gender. So I'm a cisgendered woman for example. The other important factor to remember as I've learned over the years is to never question their genitalia, because it doesn't matter. If they are a transgendered woman or man, genitalia does not define them. Their identity alone defines them. But still, people usually go by the details of their sexual reassignment surgery -- for whatever reason. It fascinates them to no end.

What else is interesting is that most cisgender (you and me) people don't realize that someone's sexual identity has zero to do with their sexual orientation. So, if a born heterosexual male transitions into a woman, they may still prefer woman. As is with the born homosexual woman who turns into a male, they will still prefer woman making them a "straight man". It can be confusing if you're linking orientation to identity.

But I do question this... 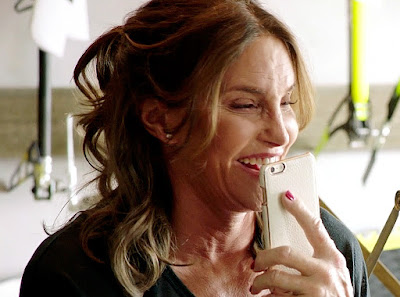 Would a transgender woman go out of her way to feel more feminine by dating a man? See, I was watching I Am Cait last week, and Caitlyn said something that sort of put me back into 'the question zone'. She was asked if she would ever date men and although she used to be a straight male (obviously), she said something to the lines of (and this is not quote by quote), "Well maybe. I would definitely consider it because it would make me feel more feminine to be with a male partner." Although she has never been with a man before as she stated, the fact that she would consider being with a man to feel more feminine gives this a less than genuine feel to it -- to everything. Why would you sacrifice your sexual orientation -- your sexual preference just because of your identity? To me, this has to be the most shallow statement I have heard, especially in the trans community.  Feeling "feminine" has nothing to do with a female or male partner -- it has to do with you. It has to do with the woman inside you -- the woman that you are. But then I question cisgender lesbian dynamics such as "butch" and "femmes" and how they seem to attract, almost linking the 'male' and 'female' aspects of relationships. In the same breath, there doesn't have to be the male and female aspect with some couples. Some butch women prefer other butch women and femme with femme. The most common stereotypical question from heterosexual cisgendered people is: who plays the man and who plays the woman. 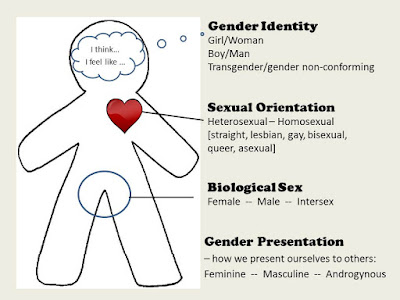 So which is it, Cait? Are you gay? Are you straight? Are you bisexual? Are you just going to pick a partner based on how feminine you'll appear or feel? Does it have to be so black and white? Can't we all live in that gray area? And is it about "appearing as" or "feeling as"? Doesn't it suck to be in the limelight as a transgendered woman so now people can pick you apart and dissect every little detail about your personal life when it should be just that: personal? And doesn't this bring a new confusion to those who are trying to understand the transgender lifestyle? Or does it even matter? But it does matter when someone slips up and calls you a "he" or still refers to you as "Bruce". It does matter, it does. Because when you're out and about in this ignorant world of ours, there are going to be clueless people asking a lot of questions. Hey, I even went through it when my straight friends would ask, "So like, what do you do sexually if you're with another woman?" They asked personal questions -- questions that made me red in the face to even discuss with my very own friends. It was a common question too. And I would always think -- I would never ask them personal questions about what they do with their boyfriends -- why are they asking me about my sex life? And the deeper question remains: why are they so fascinated to begin with? But transgender people have a much worse off question to contend with, that being of their genitalia.  As my friend Ryan Sallans (a transgender man/activist) says, "Please, whatever question you ask, don't let the first question be about my genitalia. Because lots of times the first place everybody ever goes is, 'What's between your legs?' -- I always say, 'If you're gonna ask that question, you better be prepared to talk about your own genitalia as well.'"

Kudos to @rsallans for explaining and educating society. Society should be learning on their own. Ryan Sallans is a transgender man who openly speaks about transitioning from female to male (FTM). He is an author and activist. #Follow him! For more about my thoughts on #transgender issues, please visit: www.debrapasquella.com for June 2nd. #trangender #lgbt #Caitlyn #CaitlynJenner #brucejenner #transgenderissues #bewhoyouare
A video posted by Debra Pasquella (@debrapasquella) on Jun 2, 2015 at 11:36am PDT

Discussing tactfully and respectfully is key -- just like with anyone you would encounter, male, female, gay, straight, trans, cis --- we all have private lives and we don't need to discuss something that's just an entertaining curiosity in your mind. Educate yourself. This isn't some science experiment. The people of the LGBTQ community have been here for years, decades, centuries, and now it is becoming part of our everyday "normal" society. I do feel it's very important to educate people if you feel the need to, like Ryan Sallans did, but I also feel it's important that we're mindful of everyone else's different lifestyles, sexual orientations as well as identities. God molded us in beautiful unique ways, and with that comes respect for God's work -- God's creations.


“Does a clay pot ever argue with its maker? Does the clay dispute with the one who shapes it, saying, ‘Stop, you are doing it wrong!’ Does the pot exclaim, ‘How clumsy can you be!’ How terrible it would be if a newborn baby said to its father and mother, ‘Why was I born? Why did you make me this way?’” ---Isaiah 45:9-10

For more of Deb's articles, please visit: www.debrapasquella.com or join her on Facebook and Twitter. Check out her cooking blog for some of her famous recipes!
Caitlyn Jenner Christianity cisgender homosexuality I Am Cait LGBT LGBTQ sexual identity sexual orientation transgender transgenderism