Walking Contradiction: Having Beliefs & Opinions That Go Against the Grain

- August 14, 2015
It's been a long helluva' long week between suffering with bronchitis and chronic pain and not being able to write on schedule as I'd like to. During my hiatus, I sometimes I receive emails on my 'writing' Facebook page from readers who want to know my take on certain issues regarding homosexuality and justification for my faith in God. My rule of thumb is to never have an unhealthy debate. As soon as the conversation takes a turn toward 'you're going to hell' and of course, the infamous name calling, I tend to end it fairly early. But some readers (mostly Christian right-wing) will challenge my ideas and then even ask me questions (not the loaded rhetoric some people rattle off), but genuine and sincere inquiries. Even if they truly believe that being gay or lesbian is a sin and they just want to pick my brain, that's perfectly A-OK with me.

So I'm going to just sum my views up in a nutshell.

Some people are confused. How can I justify being a Christian when I'm gay? My question would be: how can anyone justify being a Christian when everyone falls short and sins every single day of their lives? Some small, some big, right? People usually say, "Well, you chose to be gay." And I always respond with, "Did you choose to be straight?" And it's not meant to be taken in a offensive tone -- it's to "think" about that question which would give you the answer. Once you feel your own experience of who you have 'chosen' to love, then you'll find that it wasn't so much of a choice for me either. I mean, granted -- we're born with genetics that steer us toward a certain gender, but we do consciously choose to activate whichever one is more dominant. So the question still remains: is it a choice or is it genetics? Maybe both? And um, maybe, who cares..? 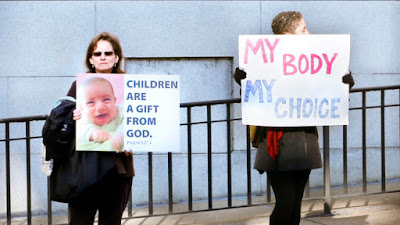 Someone asked me the other day, "How can you be pro-life if you're gay? Aren't you a liberal?" What does being gay have to do with being pro-life or pro-choice? My sexual orientation has nothing to do with biologically reproducing life. My thing is this: it's that much harder for us to get pregnant biologically of course, so we seek means of other methods, adoption being the primary consideration. What I don't understand is how can someone throw away a beautiful life that you created? That God created? Why not wait it out 9 months and give it up for adoption for people like me who can't have kids on their own? What a blessing to be able to carry a child, no less choose to give him or her a good and loving home. How can you deny that life doesn't form upon conception? Then again, God gave us "choice" and our government makes it possible for you to decide what you want to do with your body. And that's none of my business, but wow, if only you knew how many people would love to be able to carry a child, maybe you'd think differently? Yes? No? 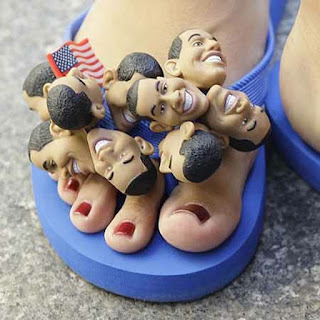 Liberal? I don't know what I am. I hate politics and I know think all politicians are creepy little liars. I'm not a Democrat and I'm not a Republican. I'm just 'me' with a few opinions of my own. I hold a little of both left and right wing views. I mean, how can you trust a president who has said in the past, "A marriage should be between one man and one woman," to then go and say, "Gays and lesbians should be able to marry one another?" Flip-floppy = puppets. They're controlled by the masses and go with what may give them the best credibility in the long run. The funny thing is, I love President Obama -- as an intelligent and charming person with a sense of humor -- but not for our president. I love listening to him speak -- I hang onto every word, as if he were singing -- and did you ever hear him sing? He's incredible. But not for a president.

So if I seem like a big walking contradiction to you politically-wise, then it's only because my values, beliefs and standards vary from one topic to another. I don't fit in with the extreme leftists, or the extreme rightists. Again, I'm just 'me' with a buncha' opinions of my own. I would never put these values of mine 'in-your-face' to judge people with, but I just sit back and wonder, "Wow, I would love to have a child of my own," or "I'm gonna stay strong in my faith in God and know that He loves me the way He created me to be," and to be confident that my views are OKAY to have, just as yours are.