Let's get one thing straight right off the bat: I do not rejoice in other people's shortcomings or problems. What I do take a tiny bit of pleasure in, is seeing hypocrites being brought out to the light. As God says in the bible, everything secretive will be brought out into the light. Conservative blogger, Matt Walsh who takes pleasure in bashing gays, lesbians and transgenders, calling them "sick perverts" who have "mental illness" has finally admitted that he was wrong about Josh Duggar. He laughs, mocks and bullies those who are of the LGBT community and uses God as a shield so that he won't come across as the ol' fashioned bigot that he is. He proudly shows off his tattoos, smoking a cigar and drinking beer like a good ol' boy. It never ceases to amaze me that someone with tattoos can mock someone who is "sinfully" gay.

"You shall not make any cuts in your body for the dead nor make any tattoo marks on yourselves: I am the LORD." --Leviticus 19:28 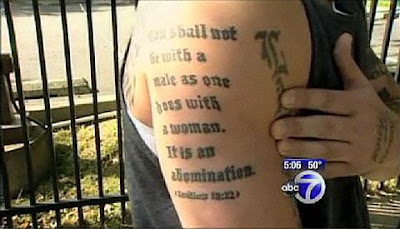 I have a tattoo as well. I also love wine. (Too many sinful delights to count.) Homosexuality is listed as an abomination in Leviticus which is the Old Testament that the Jews go by. Once Jesus died upon the cross, the old law was abolished, which is listed in Galatians. But my point is, Matt still goes by the Old Testament, which makes me wonder which sin is worse? Tattooing yourself as God commanded not to do, or being a homosexual? No sin is greater than another -- says so in that big book. He might as well list the other sins, like eating shellfish or wearing clothes with mixed fabrics. And the list goes on.

When the story about Josh Duggar molesting his younger sisters came out, Matt stuck by his side saying, "Well it was a long time ago," and "We should all forgive him."

He then said something very disturbing in my opinion. It even questions the safety of Matt's own children.

He said, and I quote:


"I know I’m opening myself up to serious criticism here, but let me be honest with you: If my own son, God forbid, came to me and admitted to doing what Josh Duggar did, I don’t know that I’d immediately run to the cops. Would you? Is it really that simple? The decision to have your child arrested as a sex offender would be an automatic thing for you? Really?"

Yes, it is that simple. Any sexual abuse that is going on in anyone's household should be reported. If Matt thinks sexual abuse is OK, then there is something terribly wrong here. After the recent findings of Josh Duggar's accounts with Ashley Madison, Matt seemed to be outraged over an affair, but not so much over the sexual molestation. Why doesn't that sit well with me? Why are some Christians so eager to stick up for someone who is clearly in the wrong (as long as they're antigay and bullying the LGBT community) -- that they forget about all other sins and focus on the one that they hate the most?

Here's the statement he made the other day:


"The fall of the Duggar family is sad in many ways, and I am still sickened by those who are taking pleasure in it, but this is a tragedy precipitated by conscious decisions. This is sin. This is what sin does. You might think it will bring you pleasure, but in the end it can only destroy. I guess that's the lesson. If only we didn't have to keep relearning it. We live in a sick world, everyone. And Christ is the only medicine.”

He's "sickened" over people taking pleasure and saying, "Ah, the antigay hypocrite has his own set of skeletons in his closet!" It's not so much as "taking pleasure" as it is knowing that he can no longer rage against gays and lesbians, knowing how much more of a sinner he actually is. He's hurting others by his actions. Gays, lesbians and transgenders aren't hurting anyone by loving what who they love and being who they are. Adultery is listed in the Ten Commandments. Homosexuality isn't. Homosexuality, as I've stated in this post with my own findings is not a sin.


"OK guys. I've explained the really obvious nuances of my position in every way I know how. I think we've probably reached the point in this thread where the trolls outnumber the rational adults. That's when I bow out and move on with my life. Have a great night everyone."

No. There were hundreds -- thousands of commenters who were not just random trolls. They were rational adults -- even Christian conservatives just like Matt, who were disgusted by the acceptance of child molestation -- or more so, the the ability to find forgiveness for a child molester, but not for an adulterer. 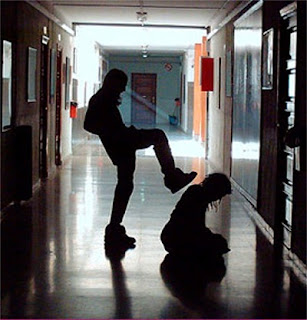 For me, I wonder what he'll teach his beautiful young children. Will he tell them that it's okay to bully gays, lesbians and transgenders so viciously as he has done publicly? And what if, one of his own turns out to be gay? Will they read his past articles on how being gay or transgender is a mental illness and that they're sick perverts? Will he try to make excuses for what he has said in the past? Will he once again say he was wrong? Will he forgive one of his children if they have an abortion? Will he try to control their choice to not bear a child? Will he forgive them? Even though I lean towards pro-life -- God gave us choice. And with that, I have no right to tell another woman what to do with her body. That's her decision. As a man, he has NO right to dictate what a woman should do with her own body.

Have you ever met a real diehard Christian conservative man? I will give you a description and you'll probably nod your head and say, "Wow, that's just like the guy I know!" 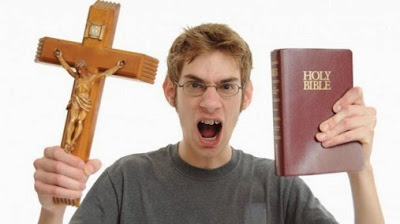 He's controlling. He wants everything (that's not his business) to be his way or no way. He uses God to scare people -- even those who don't believe in a "god". He tries to control women, and with that, control their choices of what to do with their own bodies. They're super political and think the entire world should just be Christian and that's that. They have no concept that there are other people out there who have different religions, or none whatsoever. They don't feel like God has enough control, so they try to convert people to "come to Christ" or that they're going to hell if they don't get saved by the Lord soon. But in the same breath, they can do whatever they damn well please. They can tattoo their bodies, drink, smoke and tear down people they don't even know. They're bullies with this grandeur delusion of God backing them up. God doesn't bully people. Bigots do. They're typically racist, even if they won't admit to it. 99% of the time, they won't hesitate to stick up for the cop who kills an unarmed black person. They are "always right", until their own personal issues rears its ugly head. And then it's just another apology note just like Duggar wrote.

Being a writer and having a public blog is wonderful. There is nothing wrong with having an opinion, even when it's not the popular one. Some people have off-the-wall opinions that may offend people, and that's okay -- this is your blog. But own up to your opinions instead of being a coward and calling your very own readers "trolls" when they don't agree with you. Either tell your side and defend your opinion, or let it go. Name calling on your own website is just childish. 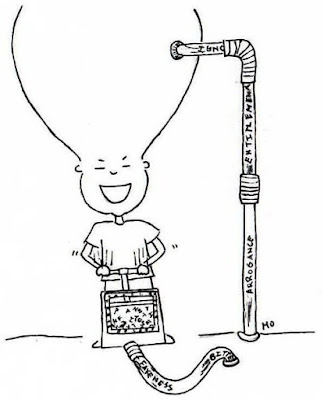 My opinion on my blog is this: people who are controlling are very weak individuals. They have no courage to love unconditionally. The main problem is the ego. When you have that large of an ego, it's just as if you're wearing a mask or shield to cover up the real person inside. The ego is unwilling to become vulnerable. What the ego sees as "strength" is actually weakness. I like to call it "cowardliness".  If you're a reader of mine, you know that without a doubt, I have spilled my vulnerabilities out on this blog because I believe we all relate in some way or another. I don't pay no mind to judgments, because I know who I am and I accept those who are different than me. But there are many people with large egos who cannot accept other people "as is". And that's sad. They ruin a great opportunity to learn something different other than themselves and their own tiny world.

Like I said in the past, I've always believed that those who are extremely antigay, who mock and bully gays, lesbians and transgenders are usually hiding something very deep, whether it's hidden resentment, or the fear of being gay or transgender themselves. It's psychology 101 if you really think about it. What we hate in others is what we hate in ourselves. If you're using God in order to bash people over the head with a bible -- is it because you don't think God is strong enough to correct His own people if they're doing something wrong? Aren't those big shoes to fill?