Same-Sex Marriage: 'Too Silenced' or 'Too In Your Face'? 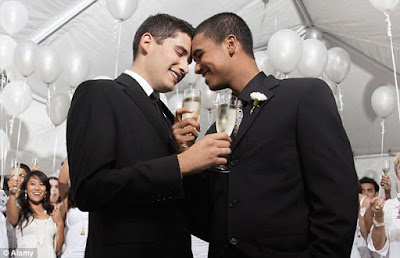 To tell you the truth, even I'm sick of this legalization of same-sex marriage. It's not because I'm against it -- I mean, how can I be? I'm married to a woman. But it's the back and forth conversations (or arguments) of those who are for it and those who are against it. I'm pretty much over it, mainly because of all of the ugliness I have seen out there. I have heard outrageous arguments -- anything from, "Well wut' next? Yew gonna marry yer' brother or sister now? Yew gonna wanna hook up with your uncle? How 'bout yer' pet," to "It's a sin and you're going straight to hell in a handbasket!" (I never understood why they would place a handbasket in the mix.) For one, not every gay or lesbian out there is a Christian. Some may happen to be Atheists. That's just for starters. And two: comparing incest and bestiality to being gay or lesbian is just ignorant. And thirdly, as you've seen plenty of my arguments on this blog -- being gay is not a sin. Reference here if you need to see where I stand on that through Biblical scripture, because I'm too tired to write it all out again. 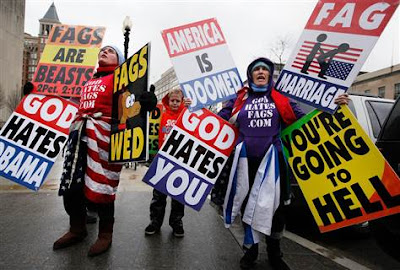 It's no longer same-sex marriage, gay marriage --- it's just good ol' marriage now. The most awful thing to see is one of your closest friends or even perhaps a family member comment on a public post on same-sex marriage legalization, to find that they are totally against it. Listen: not everybody is going to agree that this is "right" or this is "wrong" and that's OK. Live your life the way you want to. Your personal convictions and relationship with God or lack thereof is your own business. Let people see their true colors by the way they treat others either on social media or in person. I have seen quite a few antigay slurs being used like, "Don't support these fags" as well as encouraging violent acts by saying things like, "Go kill yourselves!" Oddly enough, they all came from self-proclaimed Christians. Way to bring people closer to God.

But then there's the silence. 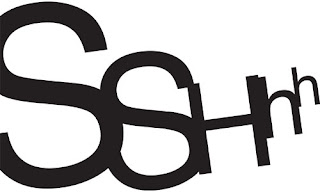 It's the silence of those who you thought supported you, but didn't have the balls to show their support because they don't agree with your lifestyle perhaps didn't congratulate you on the legalization of your union with your partner for whatever reason. Silence definitely speaks volumes. Or maybe, is the silence just a symbol of, 'I really couldn't give a rat's ass because it should've been legal all along'? Nah. I have been reading many posts that are complaining over the silence of this new law that's been passed. They are whining over who didn't "congratulate them". They're accusing their own family members of not approving of same-sex marriage because of the silence. They're insinuating that the silence alone may be the root of bigotry.

Here's a little story I'm going to share with you, so take it for what it's worth. And I'm not sharing this story in order to shame anyone or accuse anyone of not being supportive. I'm just making a point. Back in October of 2008, I was walking down the 'sandy aisle' of Provincetown's beach to greet my wife so that we could get married in front of family and friends who had joined us. All year we prepared this quaint little wedding on our favorite beach next to our favorite restaurant, to which we had the reception dinner afterwards. Given the fact that Provincetown, MA is about five plus hours away, I didn't expect many people to come. It's hard to drive that far and to take time off from work. So needless to say, not one family member of mine were present. Madelene's mother and her new husband were there to support us, as well as my closest friends. 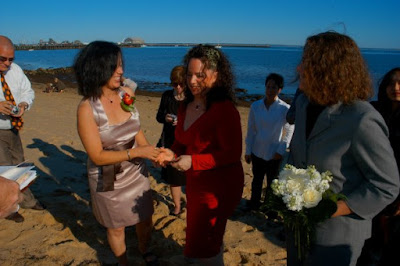 This shot right here is me trying to get my heels out of the sand to stand next to my to-be-wife. I remember what I was thinking at that very moment. It was all I could do to hide the tears. I will admit, it did sort of distract me from the present moment, but I pulled it together. The thoughts of my beautiful sisters and my parents watching on would have been the best thing ever. But that didn't happen for me and it wasn't because they didn't love me and my wife -- it was because life isn't always favoring. Let's just say they didn't attend my wedding because they had reservations about supporting same-sex marriage. Suck it up and live your life. Who cares. Let it go. I don't support a lot of things certain heterosexual marriages do -- but it's none of my business. If people are uncomfortable attending an event that they're not supportive of -- don't force them to do it just because you feel it's being "discriminatory". There are some people who happen to have strong convictions about this which sucks big time to which you just have to accept.  I guess it's the same for business owners who would refuse baking a cake for you. For me, I would just walk out and go to another baker who would be more than happy to cater for my event. Simple. Is it discrimination? Well, with freedom of religion, this is their right.  As much as we don't like that law, they have the right to not like the new law of legalizing same-sex marriages. 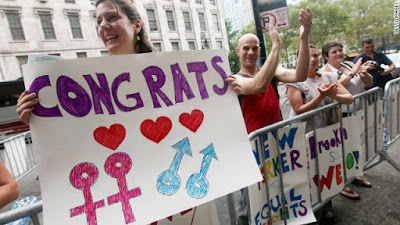 Please don't confuse this with being weak or that I have given up on taking a stance on what the true biblical scriptures tell me about "sin", and how I interpret them to be because homosexuality is not a sin. Please never think I have stopped being an advocate for the LGBT community -- I will always be supportive. But when does it come to the point where we just have to say, "OK, they don't agree and that's that?" It's not "giving up" -- it's living your life without the need for anyone's approval. Fight for your rights (as we have done), but to the right people. And look how far we've come. As old as the hashtag #LoveWins is -- how true, how true! Love really does win. When people get a law passed that is not only sincere and genuine, but more about human rights than anything else -- it'll always win. Laws based on hatred and bigotry, like the Religious Freedom Restoration Act will always have problems because of the nature of the beast. When the agenda is to discriminate show their religious freedom, then their true colors rises up to the surface to show 'Merica how "tolerant" they are.

Now go get married -- do whatever you want. I don't care. Neither should anyone else.

For more of Deb's articles, please visit: www.debrapasquella.com or join her on Facebook and Twitter. Check out her cooking blog for some of her famous recipes!
antigay antigay slurs gay marriage homosexuality legalization of same sex marriage love wins same-sex marriage