Caitlyn Jenner: Be a Hero and Decline the Arthur Ashe Courage Award 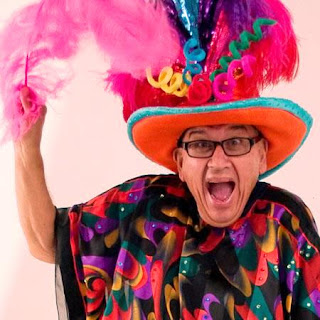 There are many things in life that require courage, strength and bravery. In fact, I believe every single person on this planet faces some sort of adversity, struggle and cross to bear that requires faith and of course, determination. And without that determination to press on and crush the obstacles ahead of you, then it's all just meaningless. We live in a time when being gay, lesbian or transgender is much more accepted than it was back in the eighties. "Coming out" isn't such a huge shocker anymore, unless your family and friends' "gaydar" was struck by lightening. But even so, family, friends and maybe even coworkers sometimes seem oblivious to someone's 'hint' of homosexuality or transgenderism, merely passing it off as "soft-spoken" (for a male) or a little "rough-around-the-edges" (if it's a woman). Or as my wife puts it, "femme with an edge". Gotta love the LGBT's terminology. 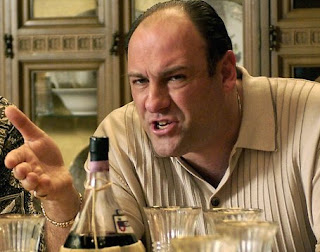 I can only speak from my own experience that "coming out" to my friends and family did not take courage. Well, coming out to Dad meant the possibility of being dropped into the Hudson River with two cement blocks tied around my ankles, so that's a bit different. Ironically, he was the most accepting of all. Being that I was the fourth child, anything was accepted really. It was more like, "Ok, ok ok -- I give up!" I mean, my entire family were all incredibly accepting, but they wanted me to have a "good life" and be "taken care of" -- in the traditional old fashioned sense, which was normal back then. Mom wanted me to marry a Jewish doctor and I wanted to marry a Puerto Rican woman. So, there's that.

Coming out for me wasn't hard at all. In fact, the process of keeping my sexual orientation a secret tore me apart more so. I'm sure it's the same for the transgender community too. On many levels, yes it takes a certain amount of courage to tell the people you love, "Hey, this is me and I'm not going to change." The courage in that is mostly about losing your relationships with family and friends. You definitely see who truly loves you after hearing the big news. It can be the scariest thing to tell your parents that you're gay or transgender. It's also scary to be a young girl telling mom and dad that you're pregnant when you have a few years left of school to finish. So my question would be: is it "courageous" to come out, or is it more about overcoming fear? Or is it the same thing? I honestly can't decide. 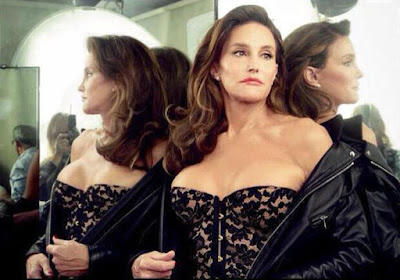 When I heard about ESPN's decision to give Caitlyn Jenner the Arthur Ashe Courage Award, I shook my head in disbelief muttering, "No-no-no-no-no-no --- this is not the same." Here you have this ex-athlete who displays her life on a trashy reality TV show probably making millions each episode. (I'll get to my point.) Caitlyn has the capacity and the means to "hide" if she wants to. She can duck past the paparazzi, dive into her luxury car and make her way over to her huge Malibu beach pad. But what about if Caitlyn didn't have the money nor the career history of an ex-athlete and reality TV star? What if she was just an average Jane living in a studio apartment in NYC or LA? Or how about somewhere in the midwest? Do you think the treatment would be the same?

"Oh she looks so beautiful."

Of course she does. Do you know how much money you have to spend in order to achieve a 'well assimilated transition' as she did? (Let's not mention good lighting, photography and photoshop.) Between the years of hormonal therapy, ongoing reconstructive cosmetic surgery, as well as her future (if she chooses) sexual reassignment surgery -- the average person would be in debt for a lifetime. I'm not saying it's the easy way out -- but it sure makes things a lot easier when you can have everything at the tip of your fingers. She isn't going to get beat up in the streets or tortured by her coworkers while pick-packing in some factory because no one will hire her. The struggles for a transgender woman to achieve a career or to just maintain one is devastating.

So in my opinion, the "average transgender woman" has more courage to come out as who she is than say, Caitlyn Jenner. It's the courage to transition and not be protected by body guards and a huge entourage. It's the courage to quit your day job to become 'who you are'. It's the bravery to come back to work and show up as another gender with a whole other name. It's the courage to have to explain to ignorant society that "this is who you are" and that's that. But for Caitlyn -- even the amount of "Christian hatred" that's been spewed all over social media as well as a few TV networks is just the tip of the iceberg of what someone goes through who lives an ordinary life. Yes, it's okay to call Caitlyn a "hero" and look up to her because you're transitioning yourself, and maybe that gives you some sort of hope for our future, but are we taking this too far?

Does she really deserve the Arthur Ashe Courage Award?
I don't think she does. I don't think she deserves this award before our own average LGBT community who faces their struggles face-to-face and not behind their body guards. I think about wounded soldiers who do more in life than the average person, or determined athletes with no limbs -- people who overcome physical obstacles while some of us call into work for a sore throat. I know -- not the same "courage" and "bravery" -- but some of the most bravest people were never offered a courage award or even acknowledged for being such a -- "hero".  There are many (in my opinion) that should stand before Caitlyn Jenner for this award. There are people with financial and physical, health-related hardships that should have been more acknowledged -- more celebrated -- more appreciated and more "outed". It's harder to become someone you never wanted to be. To transition from a healthy person to a cancer patient has to be one of the most courageous things anyone can do without having this an "option". Yes, you were born with an identity, just as I feel I was born a lesbian, but but but...

I don't know, maybe it's just me. But if I was Caitlyn, I would graciously decline the award and hand it over to one of our wounded soldiers or someone who is battling cancer.