- June 26, 2014
We all want to feel safe. We all want that sense of security with whoever and wherever we are. Maybe it's based on our survival instincts or maybe it's due to each person's own experience and anxieties. Maybe all of the above. Who knows. I just remember when I was a little girl living with my parents and three older sisters - there wasn't anything that could've harmed us. Dad was always the strong and mighty one - nobody could move past him. If there was a noise outside, he'd come out like a big redneck holding his rifle shouting, "Whoz' out dare'?!?!" Whatever and whomever it was, fled real quick. We never worried about intruders or if we were ever going to get hurt at home in general. A sense - a feeling - a contentment that just was imbedded in us. We've seen "outsiders" fall ill and some pass away. But not our family. We were strong and nothing could get us…nothing. 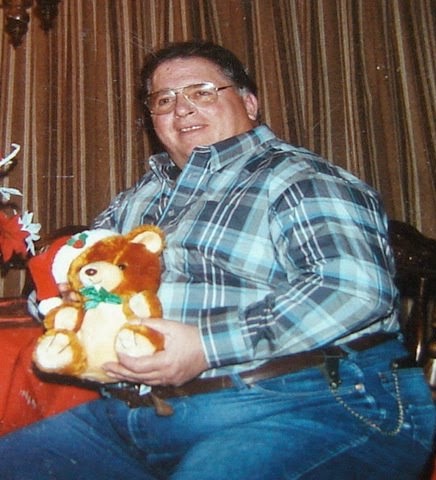 Safety is all a facade. And even though we used to hide behind firearms and a 300 lb Italian man, we were all vulnerable. We just felt safe because Dad made us feel safe with his feathers all puffed out. I remember he used to always say, "Make em' think ya' crazy! Yell! Scream! Act like a psycho and they'll run! And rememba' - everything's a weapon. Grab da' ashtray n' troe' it at dem'! Grab dose' towing chains and whip em' till dey' fall! Fuhgeddaboudit' kid." He was once called a "Teddybear" by a neighbor giving her account to what she had witnessed to the newscasters when we were raided by the FBI. And he was a teddybear. She saw right through that toughness. 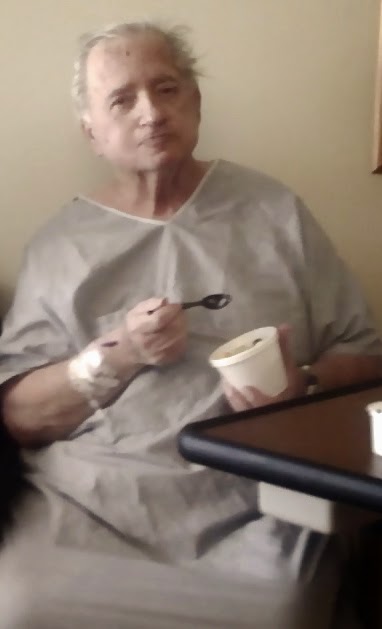 I was instructed to take care of "his baby" when Dad was sick. I was asked to always look out for Mom, even though he knew I would anyway. It wasn't a 'task' or some dreaded chore. He was telling me to look out for my best friend. I promised I would, because it would be a promise made effortlessly. But seeing Dad dwindle down to a 150 lb weak old man - no feathers, no rifles, no feisty Italian temper to scare off the sane people - it scared me.  My superman had no more powers.

Dad never wanted to see me cry. "Don't cry baby - don't cry!" It wasn't meant to have me not feel anything emotional, he just hated to see any one of his daughters sad. At 4 years old, I remember I had the worse cold and flu. I was sitting on the floor crying. I was so stuffed up, I couldn't breathe out of my nose.

I'd try my hardest to stop, and then begged, "But just a little bit?"

He told that story till I was in my mid 30's. And then one day, at the age of 37, he caught me crying. He dropped everything and came running toward me with his arms extended out. He hugged me to tight that I could hardly breathe. It was the first time I ever cried on my father's shoulder before. My tears made his blue t-shirt all soggy. I really was trying to hold it together and not cry in front of him because he had his own anxieties over his illness, but I couldn't hold it in. And he was there for me. He let me cry for the first time.

Within those 3-4 grueling years of his illness, I watched him cry as well. I watched him have panic attacks. This was the man who once asked me, "What's an anxiety attack?" His anxiety was valid though. I saw tears stream down his cheek, never once telling him, "Don't cry, Dad." However, I tried giving him hope. "It's going to be okay. We're gonna get this cleared up," even though I knew otherwise. So maybe by appeasing his fears, it was another way of saying, "Don't cry." 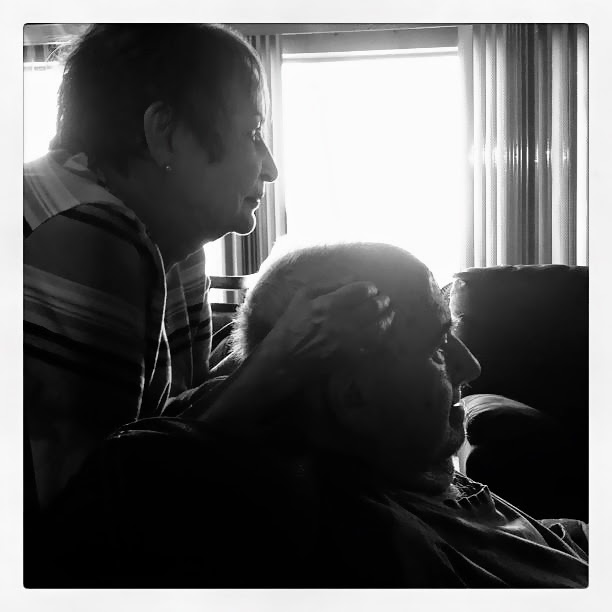 He no longer felt "safe". I watched him put locks and deadbolts all over each door, including his bedroom door. I watched how he prepared the house for 'strength' and made sure his baby (Mom) was safe and sound. Watching him run around fixing everything also scared me. He was afraid for the first time. And the rifle that sat at the head of his bed became a threat to his own wellbeing with all the suicidal talk he had begun. He didn't want to die from his illness. I took the gun away. Every single thing: Dad, the rifles, the weapons, - everything became unsafe. And without them, he was still…unsafe.

There is nothing that can prepare you when a loved ones falls ill to cancer or any other terminal illness. There is no "right" or "wrong" way to handle it. Mom always asks, "What if we were to have left him alone and didn't make him go to those doctors and oncologists?" The "what ifs" consumes Mom's mind to the point of regret. There is no safe way to do anything when it comes to cancer. There are no concrete answers or cures or security in thinking, 'maybe' I'll go into remission. And even if you go into remission, there's still that percentage of a comeback.

Once I started to realize how unsafe this world really is, and how our own bodies work, I stopped visiting the ER for 'that pain on the right side' and that excruciating chest pain from anxiety. I stopped thinking that migraine was some sort of aneurysm. If I'm meant to go and it's my time, then so be it. The safety of going to the hospital when thought-to-be sick was maddening in itself. The anxiety of feeling unsafe in my own body only increased other ailments to come. And so, I accept the fact that I, and everyone else on this planet, is at risk for anything at any given moment.

Even if installing big security alarms with cameras all around the house makes me feel safer, then fine. Even if leaving a bottle of aspirin on my nightstand makes me feel at ease, okay then. And even if I always carry a couple of Benadryls in my pocket plus an EpiPen when I go out to eat, then let me. If these things ease my mind, then that's all that matters.

Someone once told me, that when you lose a parent(s) - that you begin to grow up, even if you're in your late 50's or older. You never truly become an "adult" until you lose a parent or both.  There is always a feeling of security, safety and a soft spot to land when you're in an emotional crisis. There's always a welcome mat at their door, a place to stay and food to eat. There's comfort in knowing Mom and Dad are there for you. And once you lose that sense of security, whether one or both leave - you have to grow up. You have to recreate your own safety. Wow, that's pretty scary, huh? I actually feel like Dad manifested within me in many ways. I have taken on the role of making others feel safe. I've turned into that redneck outside with her rifle and puffed out feathers, screaming, "Whoz' out dare?!?!"

For more of Deb's articles, please visit: www.debrapasquella.com or join her on Facebook and Twitter. Check out her cooking blog for some of her famous recipes!
anxiety attacks cancer cancer sucks coping with an illness losing a loved one panic attacks sadness safety sense of security