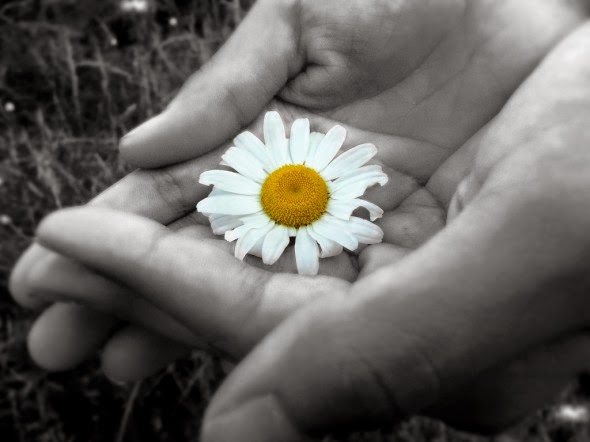 Generosity
While growing up in my mid-teens or so, my sister and I would sit on the floor of her bedroom and play Rummy 500 for hours at a time. She always won, until one day when she told me her secret. We both knew the rules of the game, but there was a strategy to it. She said, “Always give up your most important card and you will always win for some reason.” It didn’t make sense to me - why would I want to give up my most important card if I wanted to win? But after losing a million & one times, I tried it. I started giving up my most valuable cards, and in return, I ended up receiving them back and then some. I then started winning. I guess that’s how it is in real life: when you give, you get back in return. And it’s not meant in a selfish way. To genuinely give in real life is rewarding in itself, but to see someone else happy and take joy in seeing that person happy, says a lot about who you are. And yes, it may be a “risk”, just like in Rummy 500 - but it’s a risk that you’ll never regret. I learned the hard way that if you loan something to someone, treat it as a gift and you’ll never be disappointed. Give without expectations. It’s a win-win situation.
“Give generously, for your gifts will return to you later.” ~Ecclesiastes 11:1
“If you give, you will receive. Your gift will return to you in full measure, pressed down, shaken together to make room for more, and running over. Whatever measure you use in giving --large or small-- it will be used to measure what is given back to you.” ~Luke 6:38
Gratitude & Attitude 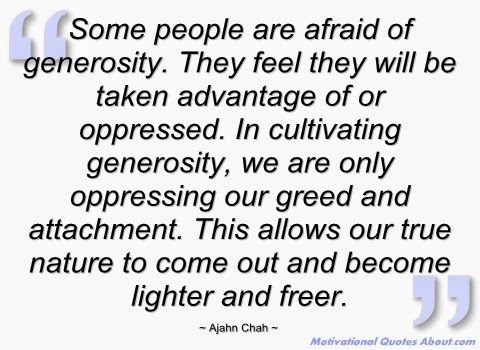 The scriptures above sound like the game of Rummy 500, but it’s so true. Looking back, when I was in my deepest depression, I had tons of pity parties for myself. “Why am I not further along? Why does everyone else have everything and I’m still here?” I was speaking more about where I was in life and very upset and angry about the stagnant place I found myself in. Nothing was changing...neither was my attitude. I had lost my faith, hope, and all means to be happy in the least bit. It reflected on how I treated others around me, and 98% of the time, I was just miserable to be around. People “felt” my vibes and when you’re around someone who is depressed or angry, you feel that - even if they pretend to be happy. It’s in the air somehow. I knew I needed an attitude adjustment, so I spent hours praying and meditating every single day. Although I wasn’t receiving any “gifts” or big hefty checks in the mail, I was starting to realize everything around me: my home, my loving wife, my family, friends, food in the fridge, a job I love, health and the most important of them all - my faith in God.

Even if you are in the same work or situation as somebody else - never compete with someone, because you don’t know how bad they may have it in other areas of their life. You can only do the best you can do - and that’s all. Never want what someone else has. You may get what you wish for and be highly disappointed. Wouldn’t it be interesting if we could live somebody else’s life who we admire for one day and see what it’s really like? There’s a story that I love so much that puts many things in perspective for me.

Is Your Cross Too Heavy to Bear?

The young man was at the end of his rope. Seeing no way out, he dropped to his knees in prayer. "Lord, I can't go on," he said. "I have too heavy of a cross to bear." The Lord replied, "My son, if you can't bear its weight, just place your cross inside this room. Then, open that other door and pick out any cross you wish." The man was filled with relief. "Thank you, Lord," he sighed, and he did as he was told. Upon entering the other door, he saw many crosses, some so large the tops were not visible. Then, he spotted a tiny cross leaning against a far wall. "I'd like that one, Lord," he whispered. And the Lord replied, "My son, that is the cross you just brought in." 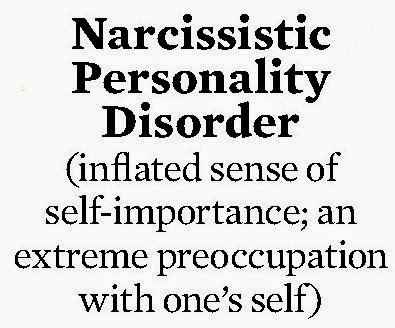 For me, life is all about giving, sharing with one another and being grateful for what you have right at this very moment. It’s about thanking God for all you have, and thanking Him in advance for what’s to come, because without faith, life would be meaningless, at least for me. I learned a very valuable thing while going through a narcissistic phase (before the Rummy 500 game with my sis): when you are completely self-absorbed and everything is about 'me me me' - it is an instant people repeller. People sense narcissism just like dogs can sense a person with negative emotions. Sometimes, you don't even have to sense it - it's just there right in front of your face. I have never heard so much 'me talk' as I do today. Is it because of social media? Is it because we're sort of disconnected on a person-to-person level? I do find a difference when I talk to people who are not connected to the internet (and yes I still have friends who haven't "logged on" thank God), who hardly ever talk about themselves. It's always, "How are you?" They don't even want to say anything about themselves, even if I beg to ask how their day was or how they were feeling. I literally sat on the phone with a friend for nearly 2 hours listening to him go on and on about his life in every small and big detail he could have mustered up. I listened, and at times, whenever I would chime in, I was cut off and run over by more 'me me me' talk.

I hate the saying, "It is what it is" - but it IS. Either you accept these people and absorb their self-absorbedness, or you can move on to people who will enhance your life in ways that doesn't cost anything but a sincere concern for your wellbeing and happiness. I'm all about giving, but when does it come to the point when all your giving isn't appreciated or perhaps just taken advantage of? Then the answer is: do it anyway.

I recently got involved with a Facebook 'Pay it Forward" project, where the first 5 people who respond will get something either homemade or some sort of thoughtful gift by me. And the ones who participate have to do it for 5 other people of their own. It's basically a trend to start a little kindness around your circle of friends and to let them know that YES they are special and YES I will take some time out to make you at least smile. Isn't the world better when people start giving? Nobody became poor by giving…nobody.

Appreciate those who help you. Appreciate the ones who go out of their way and take time from their lives to make yours better. Never take for granted those types of people because one day, you may end up with the narcissistic ones.

"Give. Remember always to give. That is the one thing that will make you grow." ~Elizabeth Taylor