Yesterday morning while cleaning up and getting ready to head out, I was listening to Joel Osteen as I usually do.  I flip back to Joyce Meyer when he has nothing updated on his app - but he is my absolute favorite. Anyway, he was talking about waste in our lives and how all the crap we go through is basically "fertilizer", which will eventually bloom new flowers so to speak. The "stinky stuff" in our lives will manifest beautiful outcomes in due time. And without the fertilizer, nothing positive will grow. Makes sense. Great analogy, I thought. Every aspect of our lives has these growth periods, whether it's work related, relationship issues or family struggles - we all have these ruts we fall into that we think won't ever change. I used to throw in the towel way too soon with every single thing in my life that gave me a challenge. I didn't want to deal with it, plain and simple. But, when I stuck it out and learned that my faith alone will push me forward, it does get better. Different point of views, different attitude and of course, the willingness not to respond to an issue that doesn't need to be addressed…by me. For example, I just saw a tweet by Epic Women that said, "Be selective in your battles. Sometimes peace is better than being right." 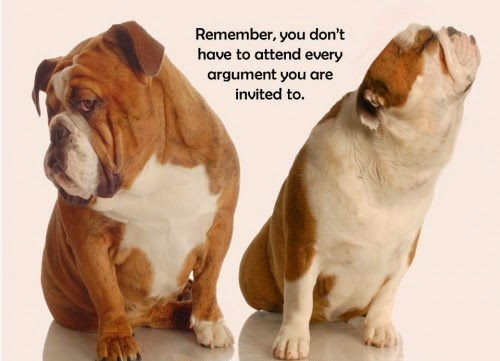 There were so many times during this past year, where certain people had gotten on my last nerve. The "old me" would have sprung up like the feisty Italian and fought back, because well, I was right. Not that I'm always right, but in these instances, I was. And so, by remaining silent, it miraculously disappears. "But that means you're losing your backbone, Deb!" No. In fact, it takes more courage to remain silent than to rise up and fight to be right. You don't need to attend every argument that you're invited to. Don't quote me on that last line, I'm not sure who wrote that first. Anyway, I thought to myself, all that fertilizer that I let 'settle on its own' either gave me growth in character, growth in my relationships with other people, or just growth in learning how some people work and how to accept the flaws with the people you love, because let's face it, we all have our own flaws to deal with. 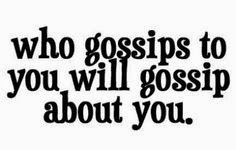 I've learned a great deal about certain people and why they do what they do. I've learned that insecure people have this need to talk badly about other people just to make themselves appear better. I've often come across insecure people talking about why 'so & so' had just gotten a divorce and how 'this one cheated on her husband' and how 'this one put on 20 lbs', and on and on and on it goes. And hey - I'm no stranger when it comes to a little gossip here and there, but I just keep seeing these blabbermouths getting all the stories completely twisted - like a game of telephone. There is nothing worse than someone telling a mutual friend about your problems, or - your 'thought-to-be' problems as well as false information altogether.

So here's the breakdown on why sometimes, I have to cut certain people out of my life whether temporarily or for good: 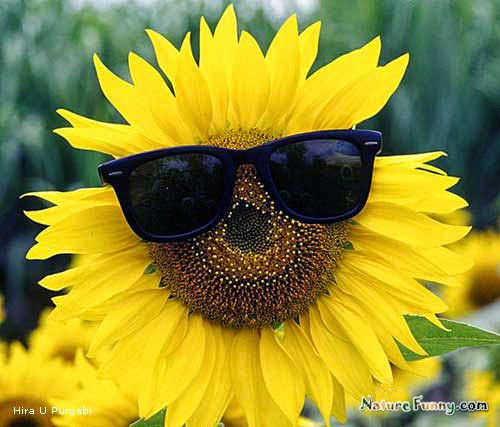 Now let's say friend #1 says something bad about you to friend #2 of yours? Everyone's involved. Everyone's views and reputations are tarnished. Only good stuff can happen to you if you're the "spoken of", because these "crappy people" have just fertilized your life. All you can do is rise up, dust yourself off and find some quality friends who will share only good things about you, because that's the initial reason why they befriended you to begin with. Believe me, by weeding out your garden, you'll find some beautiful flowers rising up.

I guess you can say this is a part 2 of yesterday's post. It all relates. There are a few things that I'm totally committed to: I don't go to places I'm not welcomed and I don't tolerate bad mouthing mutual friends. I've stated this many times on this blog. If you see me gazing off into space while you're going on and on about whomever - you'll need to know I'm tuning you out. I've also noticed that people who are 'bad mouthing' their friends are also the ones who have done the same thing or similar to - total hypocrisy. I have no respect for people like that. None whatsoever.

So as of now, I'm going through a little adjustment period, shifting and weeding out some of the bad eggs in my life. Maybe it means I just need a break from "you" or maybe it means, you won't be seeing me ever again. But the one thing you can count on is, I have zero tolerance for disrespectful and insecure people in my life. I can't do it. Life is so short to be in the company of insincere and disloyal people. Again, like I said, I only have a handful of people I trust, respect and want in my life. And that's okay with me because I'd rather be alone than be with someone who'll stab me in the back later on down the road.