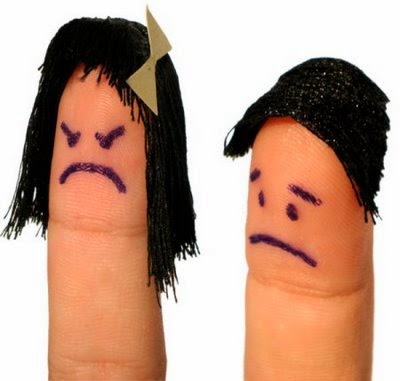 Ever notice when you talk to someone in a relationship or even someone who has gone through a recent breakup, the person usually will tell you that they are the "better half"? In a sense that says, "Well, I do everything right, while they always screw everything up," and those who've gone through a breakup will usually call their exes, "the evil ex". Nobody's ever "wrong" - because let's face it, they are the most angelic, generous, thoughtful partner anyone could ever have. We never want to be seen as the "mean partner" or the "evil ex" - it's either egotistical or just human nature, or are they both correlated? I don't know. Don't get me wrong, there are conscious and honest people out there who will say, "Oh man, I'm a huge pain in the ass," without thinking twice about it, but the majority will tell you, "I am innocent. Period." 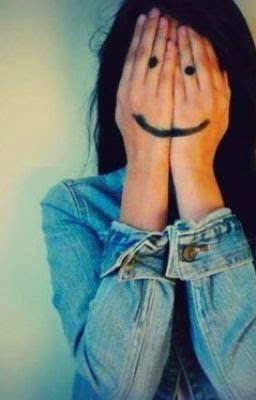 Truth is? Nobody's "innocent" or "guilty" unless of course there's abuse. That's a whole different ballgame. When you intermingle two lives from two separate worlds, you will get many differences and takes on what a relationship "should" be like, or what the relationship "seems to be". Some people go around thinking that their relationship is all hunky-dory, while the other partner is miserable, lonely and unsatisfied. Without communication, the entire relationship is one big facade. Sometimes, communication can be convoluted in a way that the person understands only half of what's going on. There are many people who go into denial about how bad the relationship really is because they can't think about being alone or breaking up, or even going through the process of breaking up. Nobody wants to go through that mess. It's like a death in some ways. So, they remain in that comfortable zone where it's not too happy and it's not so traumatically sad and devastating. A happy medium if you will.

One of my favorite movies is A Dream for an Insomniac. Frankie, the girl who is madly in love with a man who is already in a longterm "comfortable" relationship says to him, "Anything less than mad, passionate, extraordinary love is a waste of your time." And while we live in this fantasy world that our 10+ year relationship should be all butterflies and orgasmic fireworks, it's simply not the case. Relationships morph into different stages, and with these high expectations of these 'giddy' feelings continuing, more and more relationships go to shit and more and more marriages end in divorce. They will never except the word "contentment". 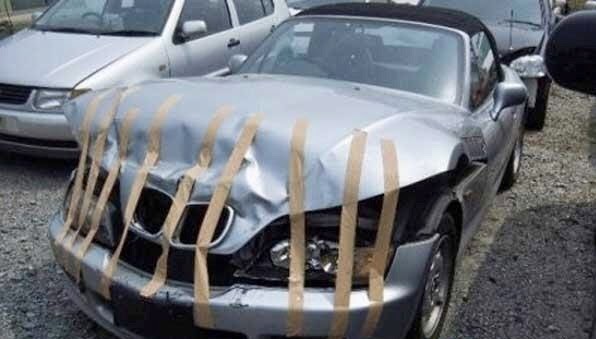 Doesn't sound so romantic, does it? Just think about when you're in your first year of dating that special someone - it's exciting right? You're getting to know them on a personal and intimate level. Things are new - just like getting a new car, it's the best feeling in the world, but eventually, the novelty soon wears off and you need to work on it or …it will break down, or break apart. All relationships need work. They all need to be kept "new" - just like you want to keep your car new. But in my opinion, contentment isn't a bad word if you are working hard enough behind the scenes. Contentment is the reward you get for sticking it out so long with the person you are truly in love with. Contentment means you trust that person. You are comfortable telling them everything and anything. Contentment means, you can walk into the living room with your PJs and a bowl of ice cream and make weird faces at your partner (hoping they'll except this phase). Contentment simply means, letting your hair down. And I don't mean that you should totally let yourself go - I mean, you're just at ease and comfortable being "you". That's all.

During the turbulent times, most people will bitch and moan about their other half. Some people do it in such a derogatory and cruel way, that I wonder how they even lasted a month together. What happens when the disagreement or rough phase goes into overdrive and the two people involved now resent each other? If they break up during that phase with no resolution to that problem, then the other guy is the bad guy automatically. So, there's where you get the "evil ex" and the "evil partner" scenario. Without forgiveness, even if you know without a doubt that your partner was in the wrong, if you don't forgive them (whether you take em' back or not), the bitterness you'll have will spew out, "my evil evil evil ex".

Bitterness does strange things to people. It changes their entire personality to where they can't even have normal friendships or relationships thereafter. It makes them cold, intolerant because 'someone' hurt them in the past and hell if that's gonna  happen again. Their mindset is totally wired to "self-preservation mode" - and while that's okay, their walls just keep getting higher, and higher, and higher. They assume everyone on this planet is the same as their "evil ex". Even their "evil ex" may have had a change of heart in their behavior. But no, everyone, and I mean everyone is evil…to them. Keep em' at an arm's length, always. Don't let em' in. Keep them out in the cold and if they need me, they can text me. Even so, I may not respond.

Compromise. I'm no expert in relationships, but I've been married for 6 years and dating the same person for about 20 with some "on and offs" in between. I know for a fact that if things don't get resolved, resentment sets in. I know that in my experience, if we don't meet halfway with anything that's unresolved, it turns into either unnecessary arguments or pure silence (which is worse in my opinion). Without changing who I am and what I truly believe in, I try to accept the things that are impossible to change, but nudge on the changes that are possible, which makes me quite the nag at times…ok, most of the time.

So what makes a partner "bad" and what makes an ex "evil"? Is it the ego that makes us so infuriated or is it simply fair response to a shitty circumstance? There are many times when two people in a relationship start taking interests in different things. They start heading in one direction wanting one thing, while the other either lags behind or goes another way. Sometimes we just have to accept the fact that both parties have changed their direction in life. And that's okay. You have to be who you are in order to be happy in a relationship with another individual who has their own set of desires in life. Usually, when things happen like that, it can come down to a mutual ending with no hard feelings. But secretly, "you'll" always be the evil ex and the one who caused more pain. Our hearts are sensitive and are egos are huge. Maybe a little less of both would do us some good.

For more of Deb's articles, please visit: www.debrapasquella.com or join her on Facebook and Twitter. Check out her cooking blog for some of her famous recipes!
at November 25, 2014