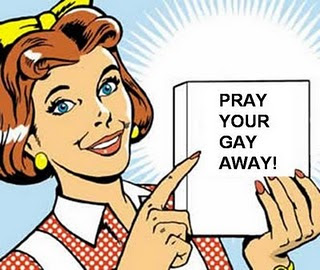 Every morning I would trek down to the deli to have them make my lunch. Our company never offered a real cafeteria, where they cooked for their employees. It was just a big break room with a bunch of vending machines filled with processed foods and day old ham sandwiches. I went up to the counter along with my two liter bottles of water and paid before my lunch was even made. I knew the cashier well. She was a neighbor, probably in her mid-fifties, who had about ten foster kids under her wing and probably fifteen of them who had already moved out. It was a constant flow of children. I remember her telling me she wasn’t able to have kids, so she took this route. Although it may give you that warm & fuzzy feeling - this woman ran a military base like a drill sergeant. My best friend was among the ten children in that household. Whenever I’d sleep over on a Saturday night, she’d wake us up with some kind of loud horn and have us up and at ‘em just in time to go to mass. She had us lined up like a bunch of ducks with different colored feathers. I used to dread Sunday mornings there because it was so rigid and uptight. From a night of playing games and acting like little devils to waking up and acting like complete angels.

“I’ll take a pack of Marlboro Lights, please.” I said, while fumbling through my purse looking for a dollar fifty. Back then, at the age of twenty-one, I had a bad habit of smoking. The good part about it was, it wasn’t extraordinary high in cost. She shook her head in disapproval as she turned around to grab my pack for me. As she threw it on the counter, she asked, “Does your mother know you smoke?” I chuckled to myself because I felt like I was a kid again in her home getting reprimanded for saying something less than appropriate. “I sure hope so since we drink coffee and smoke together.” She was displeased that my mother would ever encourage me to smoke. But being that I was of age and the fact that my mother loved other people smoking with her (misery loves company I guess), it wasn’t a big deal. What could she do at this point?

“You know smoking is a gateway to other bad things in life.” she said, with a stern voice.
“Maybe smoking made me gay too.” I said, now trying to get a rise out of her.
“You’re what?”
“I’m gay.”
“Oh come on, what kind of life would you have being gay? You know God doesn’t approve of that - it’s a sin!” she said, mortified and taken back by this horrible confession.
“I guess I’ll let God be the judge.”

She placed my sandwich in a paper bag very slowly, staring at me to see if I was joking around with her. By all means, I don’t go around screaming, “I’m gay--I’m gay” -- but this “perfect” Catholic woman needed a dose of reality, and who better to give it to her other than moi? She was also against interracial relationships of any kind. So her rules were: No Jews with Christians, no whites with blacks, and certainly, no females with females or males with males----ever! She was married to very nice man who always remained mysteriously quiet. Perhaps he was just too scared to say anything around the drill sergeant. So this droll conversation continued...

“How would you ever reproduce? God made a man and a woman to marry so that they can procreate.” she said, looking for a response on my end.
“Really? So that means we can’t do what you did -- adopt children and give them a loving home?”
“But it’s not natural for a woman to be with another woman. Their parts are the same.” she tried to convince me once again.
“Well, we figured out a way to love one another on many levels. If God made a man and woman to only procreate, then does that mean you should divorce your husband since you two can’t?”
“It’s a sin. You should really go home and pray to God about the path you should be on.” she said, not even entertaining my question about her inability to have children the natural way.

As she pushed the bag of lunch toward me, she still held onto it and leaned over so she could tell me one more other thing.

“You’re going to have to answer to God one day. What will you say then, Deb?”

I smiled at her in confidence because I already knew the answer.

I would tell Him, "Thank you for making me who I am. Thank you for letting me have the ability to accept people of all races and all lifestyles, just like you did when you were here on earth."

Not even a year later, my old best friend who was her foster daughter till the age of eighteen, left the house to marry a black man and had two beautiful girls. Another daughter outed herself as a lesbian, also leaving the house to live with her partner. I wonder what she had to say about that, but in all honesty, I really felt sad for this woman. She was so consumed with bitterness and 'the wrath of God' that she couldn't see through her own misery and realize she could have been part of her children's lives, however they wanted to live. We never did see her again after hearing the news. Was it that traumatic?

And that, was the best lunch I have ever bought in that deli.

For more of Deb's articles, please visit: www.debrapasquella.com or join her on Facebook and Twitter. Check out her cooking blog for some of her famous recipes!
Debra Pasquella homosexuality is being gay a sin LGBT