Why Do You Value the Life of a Pit Bull Before Human Life?

- March 18, 2014
Before you start calling me "ignorant", let me just first say that I understand that animals can be unpredictable -- they are not fully domesticated and at any given time, whether due to upbringing or abuse, any animal of any breed can attack. But let's face it, the majority still points to the beloved Pit Bull, even after a gazillion stories unfold of how this breed mauls and kills children and adults. A 4 year old boy named, Kevin Vicente was seriously injured after playing with the dog and taking his bone away. Of course the Pit Bull fans will defend the dog because he was "only protecting his property" or "he wasn't trained properly".  I have even heard, "There are more attacks by Chihuahuas than there are with Pit Bulls." Let that one marinate in your mind for a bit. How many more children and adults have to be mauled and murdered before they finally start realizing that it's the breed and not the upbringing of the dog? A personal and close friend of mine had to put her Pit Bill down because he nearly tore off the face of an 8 year old girl. But still, "it's not the breed", right?

Some Pit Bulls attack and kill, even with good upbringing. There is way too much evidence that convinces me and many others that Pit Bulls are dangerous animals ----period.

A 52-year-old woman who raised pit bull terriers was killed after being mauled by four of them she had raised from puppies, the Harris County Medical Examiner's Office ruled Wednesday. Bernard Lee Carter returned from work about 7 p.m. Tuesday to find the dogs standing over Dorothy Carter, his wife of six years. She was face down in an enclosed back porch, Splendora police Sgt. Mark Seals said. ChronicleAn outside shot of the Carter's home in Splendora."There were a lot of bites all over her," Seals said of the bloody scene. "It's probably the worst I've seen."---read more here.

Still not convinced it's the breed? Let's reminisce.

84-years old | Cleveland, TN Mable McCallister, 84-years old, was attacked by her grandson's pit bull on December 18, 2011. Police officers said that she was bitten in her face and neck. The injuries caused her hospitalization in Erlanger hospital's trauma unit for over four days, according to Bradley County Medical Examiner Dr. Jeffery Miller. Mable died on New Year's Eve while in hospice care. The owner of the pit bull, Jerry Harrison, Jr., lived on his father's property where several other pit bulls were kept. No one from the Harrison family called police or animal control after the attack. "We became aware of the dog attack only after Ms. McCallister was brought to Erlanger," Officer Evie West said. The Harrisons also "home-quarantined" the pit bull after the incident; it's unknown if the dog was ever put down. The victim's great-granddaughter left a message at the news article: "A woman, an amazing woman dies from this dog and nothing is being done about it."

16-months old | Magnolia, TX Jace Valdez, 16-months old, was mauled to death by a pit bull while in the care of his grandmother. His grandparents owned the 7-year old male dog, and his grandmother was the only adult present during incident. Arriving deputies shot and killed the pit bull inside the home. Though not physically injured in the attack, the grandmother was immediately hospitalized for shock. Several days after the deadly attack, the child's father, Jeremy Valdez, issued a statement to the media. "Baby Jace had been in Mr. Valdez's sole care and custody for over the past year; however the child was visiting his mother for the week where she resides with her parents at their home in Montgomery County and where the attack occurred." At the time of the attack, Jace's mother was visiting friends in Spring. Detectives continue to investigate the child's death. As of January 26, 2012, no criminal charges have been brought. 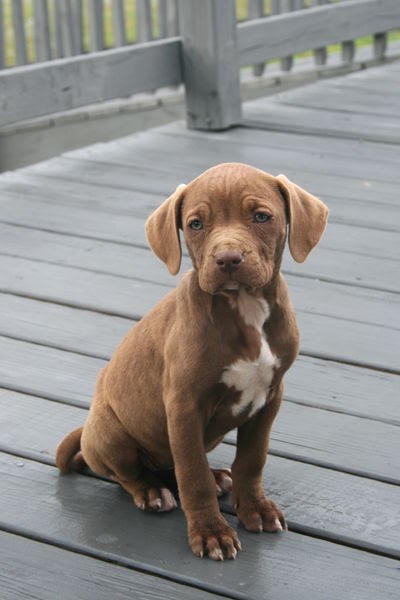 And those are only just a couple of select stories out there. Why are you defending this breed's innocence? It's as "innocent" as a lion. It doesn't know better. There is something about this breed that's wired very differently than other dogs. Why aren't you protecting your own children? Why are you placing a breed before a precious baby's life -- or any human life for that matter? Pit Bull lovers chant, "ignorant" while I chant, "educated".  Know the breed before you bring it into your home, especially if you have a family. If you choose to own one, then make sure you live alone and that you are the only one that's at risk. Also, don't blame the dog if it happens to leave you mutilated in critical care somewhere, because remember, "it's not the dog's fault." There is no doubt that there are bad owners who train Pit Bulls to attack and sadly, make them fight with other dogs. There are some people who pick this breed for protection and train them to attack those who come near to their home. There are many negative reasons why people choose this breed which raises a lot of questions. But my main concern is about the breed itself, especially if the dog was raised from a docile pup to only become a vicious Pit found out too late.

Why do you think more and more insurance companies are not covering homeowners who own a Pit Bull? Why is it that England and Whales, the Dangerous Dogs Act prohibits the ownership of Pit Bull Terriers? It also bans the breeding, sale and exchange of these dogs. Even I had to take a step back when I was adopting my dog at the animal shelter nearby. I saw a ton of Pit Bulls ready to go to their forever homes. They were so adorable too. The question lingering in my mind was, why were there so many of them? Almost 80% of that shelter was filled to the brim with Pit Bulls --- some even puppies. Doesn't that tell you something? They are appealing, adorable as pups and strong for protection, but would I regret it later when my dog finally snaps and decides to maul me or one of my members of my family? Will I still say, "it's not the dog's fault"? Or will I be grateful to have the option of putting the dog down so that future attacks won't happen to anybody else? What if someone else adopts 'my dog' --- will they get mauled too? What explains the amount attacks when some of these Pit Bull dogs were raised as little pups? What explains the bad rap that they have gotten throughout the years? What explains all of the valid and reported stories about this breed that leaves you convinced that this dog is still not dangerous?

And although my Chihuahua's breed is known for being the most vicious little attack dog ever -- a little bite on the ankle never brought anyone to the emergency room…or the morgue.