They Put on Their Pants the Same Way We Do

- March 04, 2014
The other day I was talking to my mother about crazy obsessed fans -- the type that get the front row seats at a concert crying their eyes out screaming bloody murder just to get the star's attention. I guess you can say most of Bieber's fans. But if you even look back in history with The Beatles and the way their fans cried out and clawed at them, it makes you wonder what kind of psychological problems these people must have. It's mostly stars like Michael Jackson, The Beatles, Elvis and of course whatever trendy boy band is making their way through. These girls go absolutely nutso. Granted, you'll rarely see a guy or an older man throwing their panties up on stage or even someone above the age of 25 --- but what goes on in their little noggins in order for them to be so in love -- so obsessed and crazed over someone they don't even know? More so, I wonder how the celebrities feel over their fans literally crying buckets of tears for them as they pass by or while they're performing live somewhere. Look at how many times Madonna, Björk, Rhianna, and the list goes on.

Look at what happened to these celebs. After trespassing at Rihanna’s home by somehow finding himself on her roof, Robert Melanson was arrested and pleaded no contest in court. In June 2013, he was sentenced to six days in jail, three years probation, fines, and mental health treatment. Rihanna was clearly freaked out by the incident and Melanson is to stay 100 yards away from her.

Back in 2005, Janet Jackson was finally awarded a restraining order against Robert Gardner, who she said had been stalking her for more than nine years. A year before she obtained the restraining order, Gardner appeared at the set of “Saturday Night Live,” armed with a knife and a box cutter. Gardner had also tried to contact Jackson in the past, and some of his correspondence included “disturbing sexual references.”

Miley Cyrus has had all sorts of run ins with stalkers. Back in 2012, Jason Rivera, who was armed with scissors, knocked on her door after climbing the security fence. When police arrived, he claimed that Miley was his wife. Miley was awarded a three-year restraining order against Rivera and he also had to spend 18 months in jail. Hopefully he learned his lesson.

Halle Berry’s stalker isn’t new to jail or to the criminal offenses he faced back in January 2012. Richard Franco was sentenced to 386 days in jail along with five years probation after pleading no contest to a felony stalking charge. He had attempted to break into Halle’s house three different times after scaling the wall that surrounds her home before finally being arrested. - Read more here.

Just the fact that most of these celeb stalkers not only pined for them from afar, but they made their way to their homes to try and break in no matter what the consequences were. I would be a total wreck and in some witness protection program somewhere if I was one of these high profiled celebrities. I don't know how they keep their sanity. I hear people commenting about Alec Baldwin wanting to retire from it all and you know something --- I do not blame him one bit. Can you imagine the paparazzi up your ass every single second of the day you try to leave your NYC apartment? For most of us, we would totally enjoy the attention for the first year maybe, but once you obtain your "set stalkers" --- you probably wouldn't want to be seen as much as you would love the limelight. Thing is, it doesn't matter if you are male, female, attractive or not --- there is going to be someone out there who relates to you, who wants YOU, who will do anything just to get in your space or even just the outskirts at any cost. There is something about "you" that sets this obsessed stalker into a full fantasy mode and sometimes, actually believes --- "BELIEVES" you are their property. Still want to be rich and famous now? 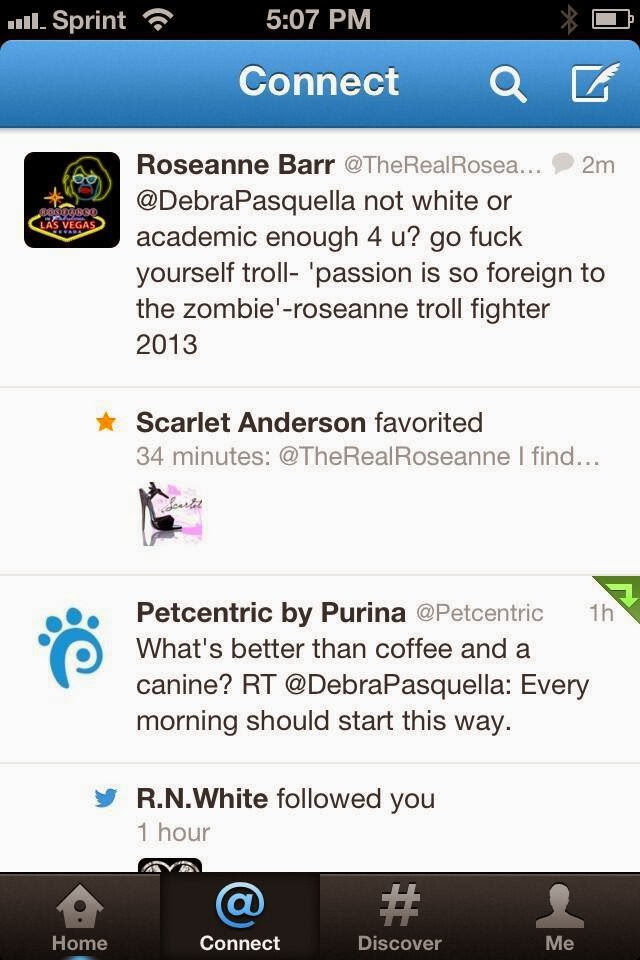 Social networking has made it very easy for people to reach out to their favorite stars. I have seen some people on Twitter tinker with these celebs and eventually, one of these stars 'snap' and say something off key, only to regret it later. But what if one of those outbursts to a crazed fan sets them off? Social media and a large fan base are two ingredients for a disaster. For high profile celebs, let your publicists due all the tweeting, or just don't respond to the negative feedback that you're receiving. When you do respond, you're only feeding the monsters. (Not to be confused with the gazillion fans of Lady Gaga.) I remember a while back, I was having a conversation with Roseanne Barr. I know, not an A-list celebrity, more like washed up sitcom clown, but nonetheless, we had a few things in common and certain things we agreed about. We talked about GMOs in our food supply, political stuff and random nonsense.  I guess you can say this time, she was having a bit of an off day because she just went bonkers on everyone, calling them the dreaded and disgusting "C" word used with other colorful language to express her distaste in anyone who disagreed with her extreme views. I made a comment about her tactless comments, and she responded accordingly as you can see to your left. 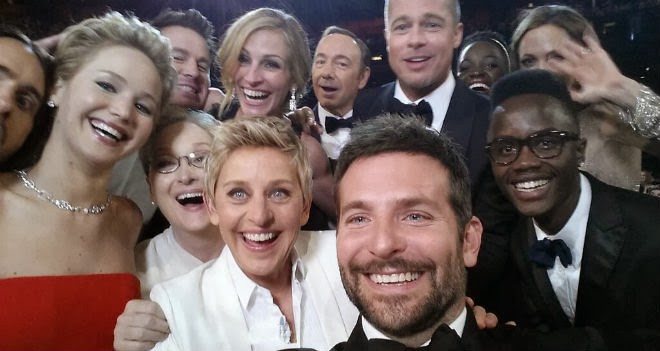 But I digress. I was speaking more about the obsessed fans rather than the psychological craziness that goes hand-in-hand with being famous. Like the other night, while watching the Oscars, I've never seen so much chatter on Facebook and Twitter about an event before. In fact, due to that widely distributed celebrity selfie --- it was retweeted a billion times where it actually shut Twitter down momentarily. Everyday average people were having a field day commenting, critiquing, insulting, bashing and just being over-the-top crazy over some of these famous people. And hey, I admit, if I love you in movies, I will watch every film you ever make. If I love your music, I will listen and buy every album you create. If I'm at your concert, I will listen and be in heaven, but I refuse to manifest a pseudo friendship or relationship with you. There's a fine line between appreciating famous and talented people and having these unrealistic images and relationships with them. There is a huge difference in finding a celebrity attractive and actually believing you can obtain them as a significant other if you get the right seats.

Maybe I just don't get it. "Elvis is the king! And…he's still alive!" And while we're on that subject of "Elvis is still alive"--- I truly believe that there are some "sudden deaths" with celebrities that are fabricated -- so much that they are still alive today living quiet lives. Now you're really thinking I'm crazy, huh?  But think about it: what two major celebrities (or more) can you think of on the top of your head who were so super famous that they literally had to walk with an entourage of more than 20 people just to get into their cars? Elvis? Michael Jackson, maybe?  "But I saw him getting taken out by the EMT on TV. They reported it on TMZ!"  Right. And how much money does Michael Jackson have in order to secure his privacy? I bet you he could still be rich and pay off the paparazzi, all of the news media and friends and family just to be seen as "dead". Chances are, you wouldn't even probably recognize him if you saw him. From 1985 till his "last day on earth" --- didn't his look change? You don't think he could do that again? Ana Nicole Smith? Whitney Houston? Hey, let's even go as far as Marilyn Monroe. I wouldn't put it past her since she was the most loved woman back in the day.

If you were being stalked every single day of your life by hundreds, thousands, maybe even millions of people --- wouldn't you pay anything just to live a quiet life once again?