- February 15, 2014
Back in 2005, I started tuning into social media --- this being the "prehistoric social media days" which = Myspace. That was the big platform where you can say what you want, tell people what kind of mood you were in along with a lame emoticon as well as give someone a subliminal message to eff off. I'm guilty of finding myself writing status updates that were roundabout insults directed to someone I was upset with or even putting my "mood" as "ecstatic" and "excited" or "happy as a clam", when I was actually really, really sad. Back in 2008, my friend insisted that I use Facebook from now on. She said, "All of our friends are on there." With Myspace, if you didn't have a "cool page" (which needed html coding), then it was just too difficult for many to navigate through and hardly anyone (the average Joe) was ever on there other than the internet savvy people. When I logged onto Facebook, people who weren't even remotely good with a computer, were on there typing away their life events and of course what they had for dinner. It was easy, simple, user-friendly, and I believe that's why Facebook has over a billion users now, and Myspace is planning its own funeral arrangements. Don't get me wrong, Twitter is seen as the "smarter" and "savvy" social media king in my opinion, but for now, let's just talk about Facebook and the stuff that goes on inside. 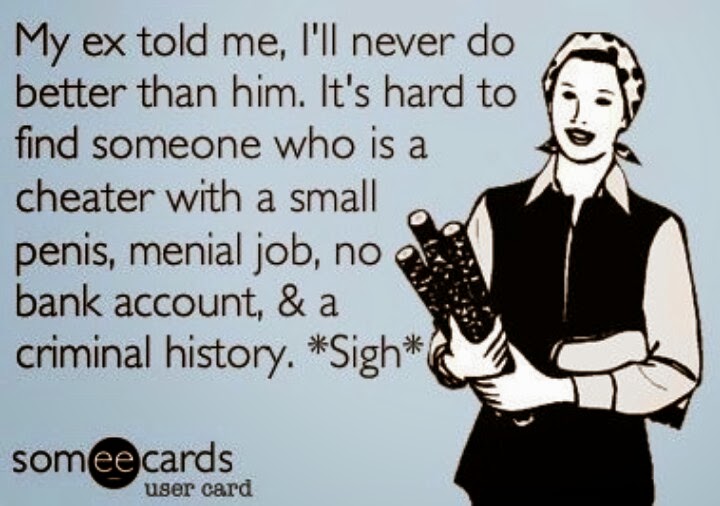 Have you ever seen someone post up a status message or one of those lame ecard greetings to indirectly let someone know how they're feeling or what they're thinking? Sometimes I know the target victim for the posts and think, "Why?" And most of the time, I know why people are posting these bitter scorned love posts. I never comment on it because usually, the poster will intentionally make it "public" for others to read, and of course, the victim to see. If it is private, then one of the ex's friends or family members are still in their friend group. It's childish, but we've all been there, right? It's a huge platform to let everyone and their mother know how awful your ex is and how "angelic" you are. The truth of it is, the more hurtful posts you create on Facebook, the more lack of character it shows on your part more than anything. It basically shows that you're a big crybaby. Remember one thing: in a job interview, if you speak badly about your previous employer, 99.9% of the time, you will not get hired. I used to work in human resources. The big "gotcha" question was, "So why do you want to leave your current job?" The answer that follows always proves what kind of person you are. Even if your former employer was horribly unfair, speak only kind words. If you keep telling your potential jobs about your evil past job, that will only leave you with no job. So, when you insist on talking badly about your "evil ex", it usually leaves you with no potential love life because the same applies to your new loves. They always say to never talk about your exes on dates. Why? Because if you're doing it to your ex, you'll do it to them. It's just psychology 101. If you talk bad about the ex, it just makes you look bad, plain and simple. And people wonder why they're single. 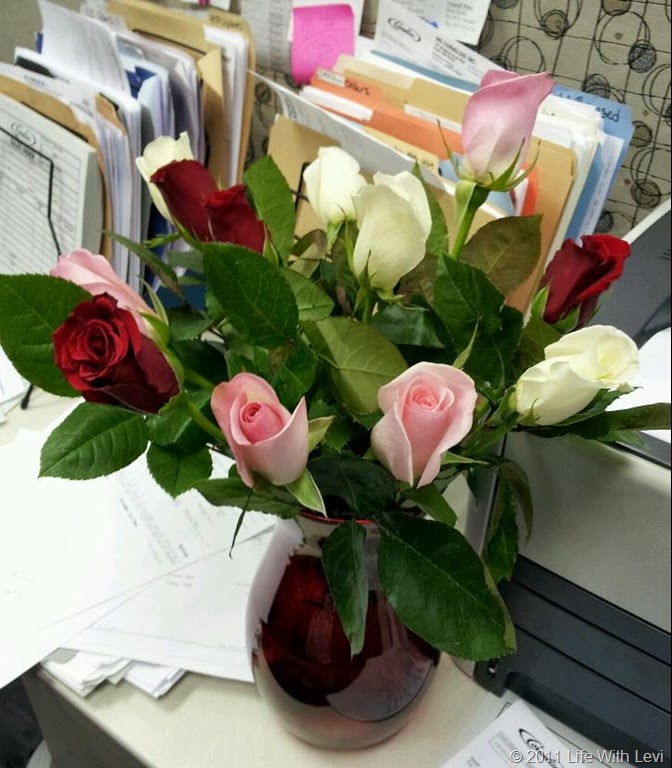 Since this is a good opportunity to talk about love, especially post Valentine's Day, let's also talk about the show offs who are trying to make their exes jealous. It takes a lot of energy to create things that aren't particularly "true", or perhaps just a bit exaggerated.  Just a little story here… (Pre-social media days.) I knew this beautiful girl in my old place of work who was having an affair with one of the shipping guys on the lower level of the building. They were both an incredibly good looking couple, but the guy was married. Let's just call her, "Jen" for now. Jen fell head-over-heels in love with him, to the point of obsession. While walking into work one morning, I saw the biggest bouquet of roses on her desk for Valentine's Day.

"Wow Jen! Those are beautiful," hoping she would say, "Oh these are from so & so…"

Nothing.  Just "thank you."

Finally my outspoken and funny manager walked up to her cubical and said, "Well well well, you finally got a boyfriend?" She just laughed and blew it off. At lunch, she asked me to sit with her. She said, "Don't tell a soul, Deb --- but I sent those flowers to myself. I want to make him know that other guys find me attractive."  The thing that baffled me was --- she was the most beautiful woman in that building --- and we had more than 1,000 if not more in that huge facility. But she felt insecure that he wouldn't leave his wife for her. So, as I kept this to myself, I started to see other things coming through the door, like more flowers, balloons, candies, and went as far to have her male friend pick her up at the office to bring her out to lunch just to make the married guy jealous. The sad thing was, the married guy still continued to see her and felt even more comfortable that she had someone to spend time with since he could hardly be there for her. So not only was she spending tons of money on $100 arrangements and gifts for herself, but the married guy didn't even notice! What a waste of time. 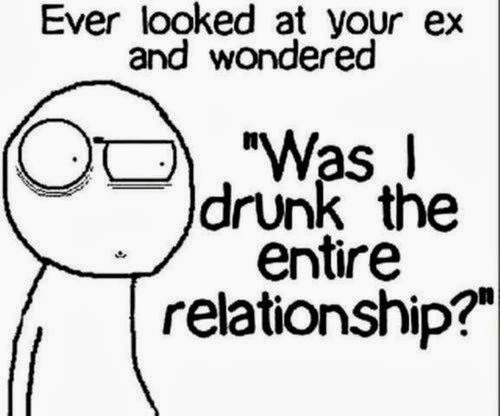 But isn't it true with social media? You continually post up these little roundabout messages to only leave your friends either wondering what's brewing in your life, or having them think your posting yet another one of your, 'I'mma' make mah evil ex jealous dis' time' type of post. I have to admit that sometimes it's like watching a train wreck, or…Jerry Springer. You see this all unfold before your eyes wondering when they're gonna crash and burn. I've seen so many horrible things posted about the "evil ex" and how horrible of a person they were, yada yada yada, and nine out of ten times, if you log onto the "victim's" Facebook wall, you won't see any angry ex posts at all. To me, that says a lot right there. Enough of these unimaginative quotes that you didn't even write yourself. Don't get me wrong --- I appreciate a quote that inspires and encourages others, but I always know when a quote is just not kosher and usually directed to someone they're upset with. It's so unoriginal. 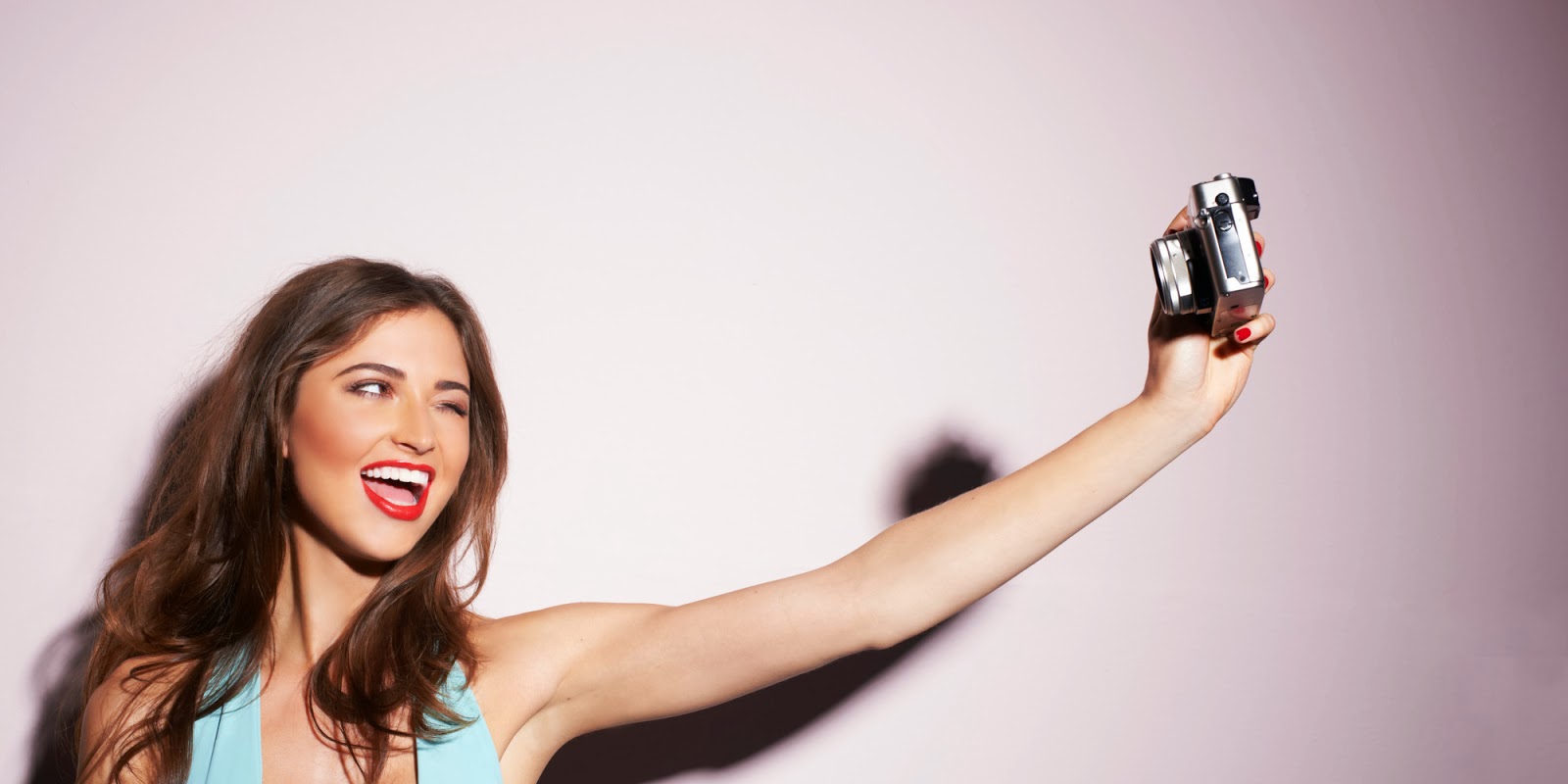 Ever notice when there's trouble in paradise, there is an abundance of high angled, half naked selfies? Some of them are quite beautiful, while others, quite tacky. For the sexy overachieving selfies: your family and friends do not want to see you half naked. "But I lost weight and I'm proud of it." That's great, but mama's gonna wanna know why you're using your cover photo as a centerfold piece. I don't care if you have the best body in the world --- put. it. away. You're sending a very awkward message to many of your close friends and family. There's a lot to take into consideration when you go through a breakup. My advice comes from learning from my own past mistakes. (Not that I ever had a half naked bathroom selfie mind you -- scary!) Don't disrespect yourself. Love yourself. Don't air out your dirty laundry --- or even put up subliminal messages that are so transparent. Don't make yourself look needy, desperate for attention only to make your ex jealous. And never, ever bash the ex publicly. That can also manifest into legal matters if you defame their character with untrue statements. If your one true love wants out of your life and tells you so, respect their wishes, no matter what the reason is. Once they tell you, let them go. Not a word after that to them or anyone else, except for maybe a therapist. Those are always good. Healing starts with forgiveness, compassion and of course, patience. If you truly loved that person at one time, then continue to love them and wish them the best, but not through social media. And yes, they're an ex for a good reason, and maybe that reason means personal growth for both parties. Let's hope that's the case.

For more of Deb's articles, please visit: www.debrapasquella.com or join her on Facebook and Twitter. Check out her cooking blog for some of her famous recipes!
breakups ecard greetings evil ex ex quotes Facebook breakups relationships scorned love social media