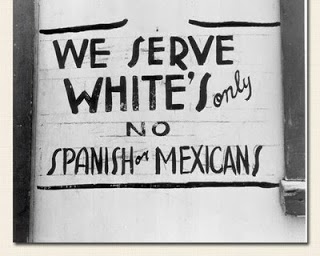 Thankfully, I have never walked into an establishment that had a sign indicating "whites only" as well as selecting which ethnicities they excluded. It wasn't only "colored people" -- it was for hispanic people as well. Can you imagine the intensity of hateful stares as you walk into some coffee shop where they didn't want "your kind" around? We all have one common denominator: green currency. It's not white, it's not black, it's not gay or lesbian, it's just green money that businesses need to grow on. It just blows my mind that Arizona, of all states would come to this decision to get this bill passed. I would have surely thought the bible belt would have enforced this way before Arizona. The worst part of it is, religion makes people ugly. And mind you, I love God with all that I have, but these types of people aren't of "god" -- they're not doing anything "godly" by refusing money from those who are gay and lesbian. The bill states that as long as they assert their religious beliefs, they are allowed to turn away those of the LGBT community.

I have a few questions with that stipulation. 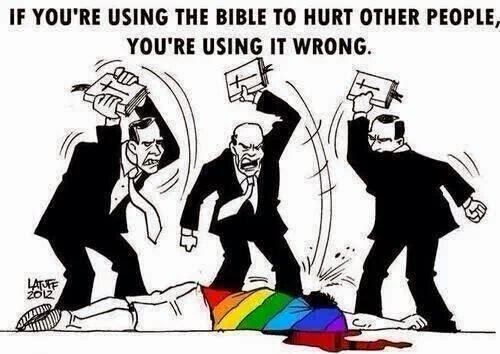 So now I'll format this into a "Dear Arizona" letter.

Dear Arizona,
There is no logic behind this bill other than sheer stupidity and ignorance. Your religious beliefs are false if you are not being tolerant, patient, understanding with unconditional love for all --- to which the Bible states. "Love one another, just as I have loved you" --- remember that scripture?

Maybe if you actually read the Bible, things would be much more clearer. Maybe you would know Jesus more. Do you remember what he did to an "immoral woman"? Here, I'll take it out word for word in the Bible for you. …You're welcome.

Jesus Anointed by a Sinful Woman 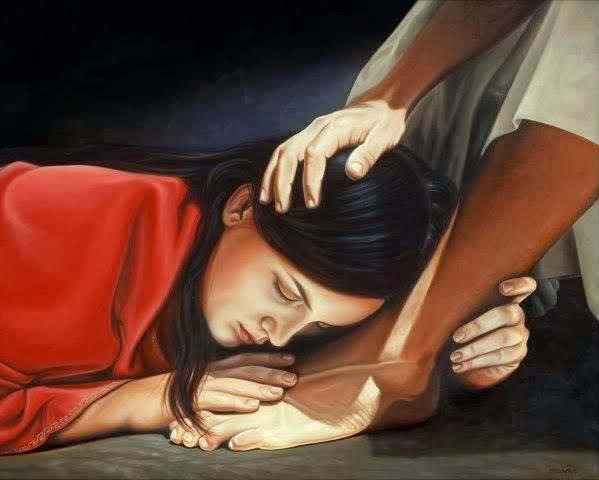 One of the Pharisees asked Jesus to come to his home for a meal, so Jesus accepted the invitation and sat down to eat. A certain immoral woman heard he was there and brought a beautiful jar filled with expensive perfume. Then she knelt behind him at his feet, weeping. Her tears fell on his feet, and she wiped them off with her hair. Then she kept kissing his feet and putting perfume on them. When the Pharisee who was the host saw what was happening and who the woman was, he said to himself, “This proves that Jesus is no prophet. If God had really sent him, he would know what kind of woman is touching him. She’s a sinner!”

Then Jesus spoke up and answered his thoughts.

“Simon,” he said to the Pharisee, “I have something to say to you.”
“All right. Teacher,” Simon replied, “go ahead.”

Then Jesus told him this story:

“A man loaned money to two people—five hundred pieces of silver to one and fifty pieces to the other. But neither of them could repay him, so he kindly forgave them both, canceling their debts. Who do you suppose loved him more after that?”

Simon answered, “I suppose the one for whom he canceled the larger debt.”

Then he turned to the woman and said to Simon, “Look at this woman kneeling here. When I entered your home, you didn’t offer me water to wash the dust from my feet, but she has washed them with her tears and wiped them with her hair. You didn’t give me a kiss of greeting, but she has kissed my feet again and again from the time I first came in. You neglected the courtesy of olive oil to anoint my head, but she has anointed my feet with rare perfume. I tell you, her sins—and they are many—have been forgiven, so she has shown me much love. But a person who is forgiven little shows only little love.

Then Jesus said to the woman, “Your sins are forgiven.”

The men at the table said among themselves, “Who does this man think he is, going around forgiving sins?” And Jesus said to the woman, “Your faith has saved you; go in peace.” ~Luke 7:36-50

That has to be one of the most revealing and beautiful characteristics of Jesus. Her faith was so strong, regardless of her sinful ways, that he said her sins are forgiven due to her faith alone. He didn't judge her. He judged her behavior and loving nature. This is what Jesus would do. WWJD doesn't apply to any of these people who are so eager to have this bill passed. They don't truly understand what love is, so how can they truly be any part of Christianity? These "religious" people give Christianity a bad name because they use it to hurt people, to discriminate against and to spread hatred. That's not what God is about. So until then, it's not about your religious nature or "love for God", it's about your hatred for those who are different. It's a poor attempt of an excuse to show your bigotry.

For more of Deb's articles, please visit: www.debrapasquella.com or join her on Facebook and Twitter. Check out her cooking blog for some of her famous recipes!
antigay antigay bill Arizona antigay bill bigotry Christianity discrimination