How Badly Can Gossip Ruin a Friendship? 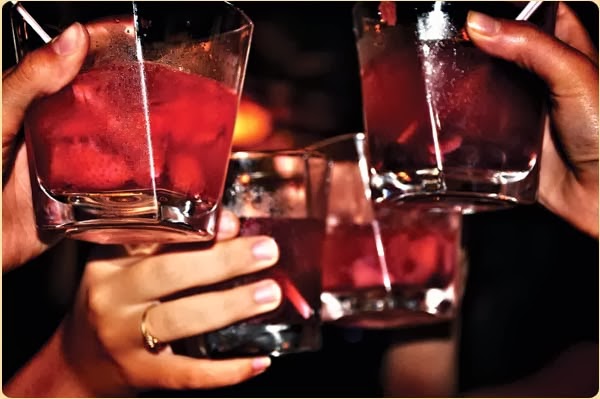 I know I wrote something similar before, but it continues to just haunt me. Just to give you an idea, I'm going to tell a little story. I remember this girl I used to work with. We'd go to lunch with a bunch of other girls from the office. It quickly turned into happy hours every Friday night. It was a lot of fun, and yes, it was sort of cliquish, but we genuinely enjoyed one another's company. The conversations were endless and the laughter, infectious, but for some reason, I could not bear to hear too much of what this girl used to ramble on about. We'll just call her, "Michelle". There was one particular evening when we went out to Friday's in northern New Jersey. We all sat at the bar to grab some dinner and I was sitting right next to her. A newbie joined us, to which I was glad because in my mind, it's the more the merrier type of thing. Apparently, I come to find out she is not liked at all by Michelle, although she smiled and said hello to this girl, she was certainly not welcomed into our circle by her. Nobody else seemed to mind. The rest of the evening, Michelle was flapping her gums about the girl's entire life, or what she thought it was like and basically poisoned my first impression of her. From infidelity to being a heavy closet drinker --- I didn't care. Hell, we were sucking a few back ourselves. Point is -- let me be the judge of my first impression. I didn't have to know all that crap. Even if it was the case, that has no impact on if I would befriend her. People have problems -- we all do. But on and on Michelle went about her, telling me things that really should have been top secret. I automatically dismissed her gossip and tossed it up to some sort of hidden jealousy over her for whatever reason. That's just how I felt about it -- it's the vibe I got. Not only that, the negativity that she was spewing was rubbing off on me. She basically ruined my entire evening rambling on about someone she hardly even knew. I still occasionally hang out with Michelle, but I try to talk about neutral things, and once I bring someone up that she 'kinda-sorta' knows, she gives me that one eyebrow raised look and starts off with, "Didja' know so & so used to ………?"  And you have to respond to it. I usually tell them, "No, I didn't know that and I'm sure everything worked out because she seems just fine. She's a really nice girl and I believe me, I've been through some crap myself," all the while thinking to myself, "And so have you!"

The thing with people who gossip too much is that you can't possibly trust them to save your life. Think about it: if they're rambling on about someone else, wouldn't you think they'd do the same thing to you?  I'm not saying I never talk about people or find certain topics interesting, but once you start badmouthing someone I like, or even someone I'm not particularly fond of, I start wondering about all the things you've said about me.

Here's a law of Judaism…

They say that the person who listens to gossip is worse than the person telling it, because no harm could be done by gossip if nobody listened. But how can you not listen to some juicy tale about somebody you know? It's temping. You really can't put up your hands and say, "Oh, no no no - that's okay."  Instead, I defend them because that person is usually not there to defend themselves. I always wonder about the avid gossiper -- and what is it about their void that they need to fill by telling tales about somebody else? I call them "tales" because that's exactly what they are. They are unverified stories. "He said she said" doesn't even hold any weight. The sad thing is, I really like Michelle. She's funny and she has a quirky sense of humor. I know many people who enjoy her company, but I also notice those very same people who enjoy her company are badmouthed about when they're not around. And I'm talking every. single. person. that we hang out with is spoken badly about. That doesn't sit well with me -- it's like -- how can you tell me something so sacred when we are all friends? What do you say about me? I am almost always informed by one of the girls about the 'chatter' that goes on about me. One always leaks the info --- always. I usually keep anything of a personal issue to myself. I'm back to surfaced "acquaintance" type of chatter when it comes to hanging out with her, and honestly, that's not what friends do. They're not "surfaced" or scared to have conversations with their buddies. This is why I always tend to take a step back. Words have power. You can destroy someone's reputation so easily with impressionable and gullible people. You can literally ruin someone's life. Just one slip of 'thinking' to 'saying' that someone had an affair which can ultimately result in a divorce, all because you 'thought' it was true, but more so, to have a good story to chatter about. They say choose your words wisely. I say, choose your friends wisely. If you're choose to listen to the gossip, you're just as guilty. I guess I have to stop watching TMZ or The Wendy William's Show from now on.