Nobody Wants the Flu, But Here are Reasons Why I Refuse the Vaccine 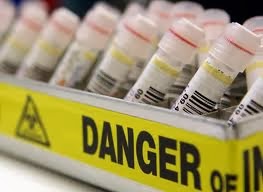 Recently, I've encountered a few threads over on Facebook which had the ol' heated debate of, "to take the flu vaccine or not". Personally, I don't judge people based on their choice, but I do wonder why most people don't look into the ingredients of the flu vaccine. They're probably the same people who don't look at the ingredients listed in their boxed/packaged and canned foods, or just the people who eat that kind of garbage. Screw it, right? As long as you don't get sick for a week in the winter, all is well, even if you start to suffer from neurological disorders, Alzheimer's or respiratory problems. Those "symptoms" and disorders are just what life dealt you, right? The hardcore fact is: we're all gonna die someday, and many people feel that this is just one stepping stone into feeling better - by avoiding the flu. I remember years ago when I was a naive girl in her twenties working at IBM and trying so hard not to get sick, meanwhile scarfing down fake cafeteria eggs and picking up McDonald's for a quick lunch. We all had our own rooms for offices. Usually, you were paired up with an office mate -- kind of like a dorm room set up in college. My office mate and I had the best spot ever --- a panoramic view of the mountains and lake. The inner courtyard office people were super jealous. We didn't get to open windows because we were so high up, so we relied on circulated air systems. Anyway, you can imagine how sick everyone got once flu season hit. My office mate said to me, "They're giving flu shots downstairs, hurry before they leave." She must have been in her mid-thirties at that time. I said, "Why would you get a flu shot when you're so young?" She looked at me in horror and said, "Well, I certainly don't want to get the flu and I can't afford to miss a week or two from work!" I was automatically judged for rejecting the shot. So, I took it. Year after year, I found that it wasn't so easy to obtain the flu vaccine. I had to literally beg my family doctor to give it to me. He said, "We're only giving it to the very young and elderly as well as those with compromised immune systems and asthma patients. They caved in and finally gave me the shot. My fear of the flu was gone…but why did I always end up with the flu? Not only did I end up with the flu each time I took it, but I ended up with severe allergies and asthma that I never had before. 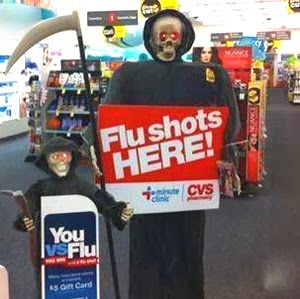 Finally, in my mid-thirties I started to read more and educate myself about the foods I'm eating, the vaccines I'm taking as well as any medications that were flung my way. It wasn't easy to convince me to take Tylenol for that matter. As soon as I stopped taking the flu vaccine, it seemed as though my asthma never came back. I used to have these wicked attacks every so often, which would require me to shuffle myself up to the ER, get all sorts of breathing treatments, steroid drips and a week long dose of prednisone to jostle up my dear kidneys and my nervous system. It felt like I was on crack. I could run a mile on prednisone - that stuff is great when you wanna vacuum your house at 3am, but it wreaks havoc on every single organ in your body. After follow up appointments with my family doctor, he said, "Well, you have asthma now, which means that you are one of the first served patients to get the flu vaccine." Voila - my ticket to avoid the flu. But by that time, I had already read up and did my research on this vaccine, to which many medical employees, hospital nurses and doctors are fighting for their right NOT to take it. Makes you think… But if you're in that line of work, you're screwed. You have to take it so that the patients don't get it. It's also hypocritical injecting someone while rejecting the same serum. And now, every single pharmacy and even grocery store are freely handing out the vaccines to everyone and anyone. It's no longer just for the young and elderly --- everyone who is breathing is able to receive the shot. There are signs everywhere I go. 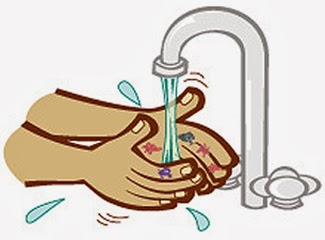 My point is, after my decision to stop taking the vaccine, I never had an asthma attack since, nor did I get the flu. I would get the common cold here and there, but they never triggered my asthma anymore. Periodically, I'll get an acute asthma flareup, but a cup of black coffee takes it right away. Call it a coincidence, or call it psychosomatic -- I truly believe that those symptoms and even the flu, was caused by the flu vaccine itself. In my late thirties, I started taking even better care of myself and eating clean - no processed garbage, fast food and cut all sugar out of my diet to the best of my ability. I upped my vitamin D intake and started to eat real food instead of garbage. It's not even so much for weight loss as it is just to clear my system out from all the toxins that I put into it in the past. I'm not even doing this for longevity -- I'm doing it to enjoy my health "now". So, my "OCD advice" to you is WASH YOUR HANDS. Wash them like nurse's do (you can Google that technique). Don't touch your face! I know, a hard one to do, especially when you're rubbing your eyes in the morning. Wash your smartphones! Remember each place you put your phone. I use rubbing alcohol on mine every single night - just a little will do. Always, always, wash that iPad or tablet, especially when you have kids who use them. Those cute little fingerprints are full of venom. And if you're like me and love sleeping with your dog, wash their little paws before they hop into your bed at night. I swore I would never sleep with a pet, and well, it happened. I'd suggest not to sleep with your pet, but….they're just too cute not to cuddle up with at night. 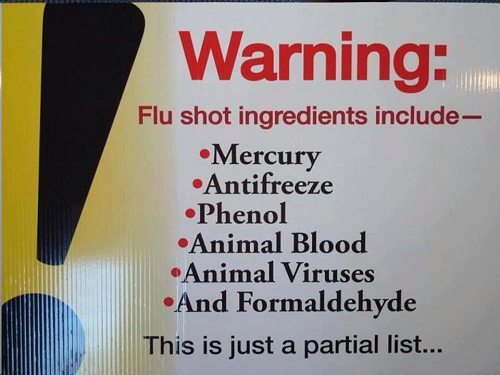 So before you decide on taking the vaccine, here's my last reasons why I refuse it. The
ingredients found in the vaccine are, formaldehyde, mercury, aluminum, thimerosal, animal byproducts, chlortetracycline hydrochloride, chick embryonic fluid, streptomycin sorbitol monkey kidney cells and calf serum, phenol -a compound obtained by distillation of coal tar vesicle fluid from calf skins Engerix-B, human diploid cells from aborted fetal tissue, and live viruses. Not only are these ingredients alarming, but some people don't know that there are allergens in here (if they are allergic) like raw egg and shellfish, which can be deadly for some people. In an article written by Ken Picard in a local Vermont newspaper, it reads, "Nicole and Justin Matten of Barton have lived every parent’s worst nightmare. On December 2 2012, their 7-year-old daughter, Kaylynne, visited her physician for an annual checkup. She got a flu shot. The next day, she developed a bad headache and fever. On December 6, the normally happy and healthy girl, who had no previous history of chronic health problems or adverse reactions to vaccines, turned blue, stopped breathing and died in her mother’s arms." ---read more for entire article.  In the article it notes that they're afraid that this will cause alarm for parents to have their children immunized in the future due to this "rare" incident. I can show you many articles that unveil mysterious ailments formed on people without pinpointing a culprit - mostly neurological, unless it's fully investigated. The government only cares about the bigger picture and trying to simmer the influenza down - which is understandable, but why can't they make a vaccine that is at least 80% safe. The vaccine itself isn't even at most, 65% effective. I have heard more than three people say that they've taken the flu vaccine and they are now home sick with the flu. If it isn't effective enough, then why are we taking it with little desire to read what's in it?

For more of Deb's articles, please visit: www.debrapasquella.com or join her on Facebook and Twitter. Check out her cooking blog for some of her famous recipes!
anti flu shot flu shots flu vaccine ingredients of the flu vaccine