Gearing Up for the Neanderthal Lifestyle After Radioactive Fish & GMOs 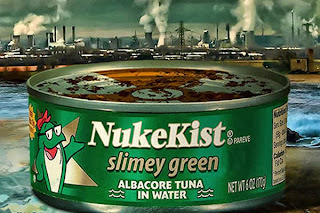 This past year, I have boycotted quite a few types of food that I once loved. Of course, this goes without saying that I do have a cheat day once in a while, but for the most part, in my mind, it's poison. I have eliminated sugar, bread, pasta and rice to the best of my ability. Any time I eat any of these things, my mind keeps chanting, "Poison…poison…poison." Without the option of ordering my favorite pastas out, I would then order a huge thing of steamed clams and mussels. I even started to dabble in crab, scallops and other types of seafood that goes along with my diet. It was a great alternative option besides getting steak or chicken - the same ol' same ol'. I was happy. Finally, I had options! And then, fecking Fukushima strikes again with another reactor melting down and spilling into our ocean. Not only that, but they have found a slew of radioactive fish --- fish with bleeding eyes and puss coming out of their pores, almost like a fish version of ebola. Between the BP oil spill and this nuclear disaster which is now declared even worse than Chernobyl, or any other disaster in this entire world, our oceans are literally 'Fuk'd'. Fukushima and BP have tried their hardest to cover up all their sins, but it's too late and now that we have this information, are we going to continue to eat from this oily and radioactive ocean? They reported that it would take approximately 6-12 months to reach the Atlantic ocean. I still don't believe it. I think it's sooner, if not already here. Some parts of the Pacific Ocean is lighting up with 'electric blue' waves crashing onto its shores. Scary. Would you trust your fish market when they swear up and down that their fish is farmed? Fish sales are plummeting and they're losing millions, if not billions. God bless my dad and may he rest in peace, but he was also guilty of telling someone that 'this was wild' or 'this was farmed' when it wasn't. He also said 'this fish is halibut' when it was something entirely different. It's a regular practice in many fish markets and restaurants across the board. 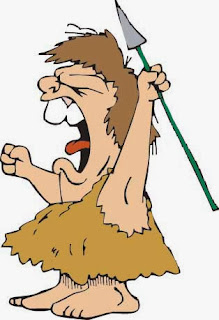 So then what's safe? Fish from brooks and lakes. Grab yer' fishing pole. That's what it's gonna come down to: getting your own food, planting your own vegetables, grabbing a few chickens and ducks to provide eggs and maybe a goat for milk. Times are going to turn backwards and we're gonna end up living like a bunch of hillbillies with rifles shooting down our own backwoods animals down for a good source of protein. It's not too far off when one day, we're really going to have to decide whether we stop trusting our grocers for "organic" food and start producing it ourselves. Between GMOs, radioactive fish, pesticides, as well as preservatives to keep stuff staying longer, will we just throw our hands up and say, "Ta' hell with it, I'm still gonna eat it", or will we finally go back into a Paleolithic lifestyle and live like a buncha' neanderthals? Why do you think so many people are hopping onto the Paleo diet? It's not even known for "weight loss" so much as it is for eating "clean" or at least trying to. For now, I am boycotting anything that comes from our ocean.