"He Will Not Stop Being Gay!" - A Mother's Ignorance 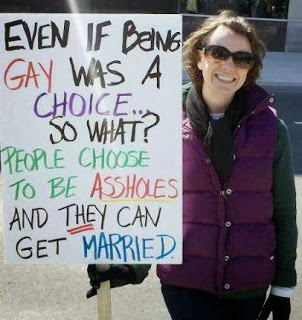 To be completely honest with you, I'm really not sure if being gay is a choice or not. There hasn't been "concrete" evidence that it's purely genetics, but then again, there are unexplainable behaviors in young children that determines their sexuality later on in life. For me, I knew all my life I secretly preferred females. I also dated guys when I was a teenager. I even fell in love with one man. Overall, I "chose" to live a life with a woman because the emotional connection I have with a woman exceeds any connection I ever had with a man. Some suggest that I'm bisexual. I'm not. I'm just a person who loves whoever I fall in love with, regardless of gender. My point is: it doesn't matter if it's a choice or if it's genetics - it's about loving someone and wanting to be with that person. It's about your happiness. I have had a couple of my 'gay' friends, (one lesbian and one gay man) say to me, "Deb, I hope you won't be upset with what about to tell you, but I prefer the opposite sex." I laughed and thought to myself, "How backwards and how absurd to think that I wouldn't accept you for who you are!" It's the same thing. Coming out as a gay man or lesbian should not have such a great impact on anyone, whether friend or family member. The funny thing is, my "closet heterosexual" friends were shunned by some of their former gay friends. Ironic, huh? 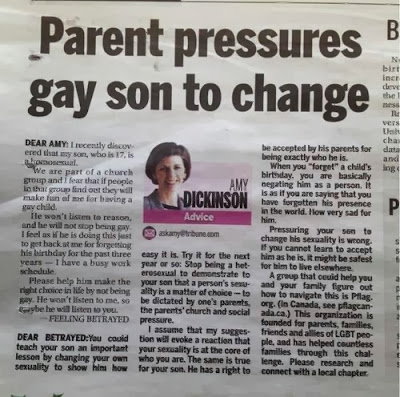 What if your own parent was the one who was disgusted by your overall "choice" or "genetic" sexual preference? This parent in the article was afraid that she would be "made fun of" for having a gay child.  The one thing that gets me is, "He will not stop being gay," and the fact she thinks that he's only "being gay" because she forgot his birthday. Are people that self-absorbed and ignorant? Amy Dickinson wrote the perfect response. "Try choosing a different sexuality." And when you really think about doing something like that, doesn't it feel "wrong"? I mean -- to you? So that's why I sometimes think, yes - it is genetics. Regardless, parents like this should not breed. I remember a long time ago having a debate with a diehard Christian fundamentalist and he said to me, "You were put on earth to procreate! That's why marriage is legal for only a man and woman." What about straight couples who can't have a baby?   I've seen many couples, straight or gay adopt children which is a great option because there are so many babies and young children who need a home. There's also artificial insemination as well. But even when I throw that on the table, I get, "Well, a child needs a mother and a father. Who will be the father figure in their life?" I ask, "What about single parents who raise perfectly good kids?" …Nothing. 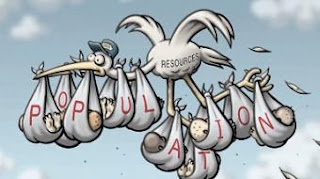 Whether the bigotry is stemmed from Catholic guilt or just plain ignorance, we were not placed on earth to "procreate". On the religious side, in the bible it does say to procreate and have many children, but this was in the days when people were developing. Earth needed more souls. Why do you think China is limited to only have one child per household? We are overpopulated anyway as a nation, as a world. The conspiracy theorist in me also believes that it is true that they are putting a type of contraceptive into our flu vaccinations. It's certainly not for procreation. A family doesn't need children. A "family unit" can be just you and your spouse. Personally speaking, my partner and I wanted to have children. We always talked about it and discussed raising our kid in a loving home. These days, I would be horrified to have a kid in this world. The world's gone absolutely mad between school shootings, bullying via social media and all the suicides that string along with it. It would drive me straight into the nuthouse. I couldn't handle it and I respect every single parent that I know who has a young child going to school --- they have their hands full. In this day of age, for a parent to even write into a paper making such claims as "make him stop being gay" and lowering his self-worth is absolutely despicable. Isn't it enough that he has to deal with life's pressure as a kid growing up in this mad mad world? What do you think?