There's a big difference in "be who you are" and just "being plain obnoxious" when it comes to a first date with someone. Of course there are no set rules and you certainly don't want to pretend to be somebody you're not, but there are some unspoken guidelines to go by in my opinion. The other night I was in a heavy discussion with a group of my single friends. I was surprised by what they were saying, especially 'giving it up' on the first date for some. One girl said, "Well you just gotta go with your feelings - what's so bad about having sex on a first date?" The best relationships start out with a foundation of friendship (at least for me), which is why I'm married to my best friend today. Think about all your first experiences with someone in particular. You have to get used to them, it can be awkward most of the time, and you always have to learn with the other person prefers. That's a given. But once you 'give it up' on the first date, in most cases, one of the two isn't going to want to explore the possibilities any further. Most of the time, it becomes more of a booty call rather than a romantic encounter on the second, third or fourth round. It becomes just sex, and sex should be the bonus of a relationship, not the main course. Making the mistake of the first date encounter can result in unhealthy behaviors. Whenever intimacy is the only factor of a relationship, egos get in the way and of course the ugly green monster rears its ugly head. Self-esteems plummet and fights begin to brew. Sound familiar? 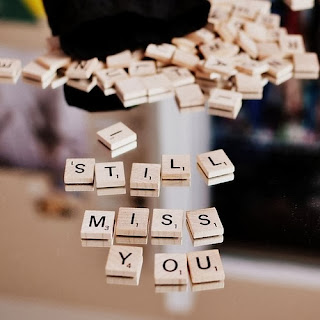 After our "sex talk" discussion which turned out to be a hung jury, we delved into the topic about talking about your past. Yes, tell him or her about your past careers, dreams, family and friends. Do not ---and I mean --- do not bash the ex or even speak of them. If they ask if you were married in the past, a "yes" or "no" should suffice, unless they ask, "Well, why didn't it work out." Just limit it to, "We both grew apart." And that's usually the case -- even if the idiot cheated on you. NO EX BASHING EVER. It's just like the rules of a corporate job interview. When I was in human resources, we were told that if someone went on and on about how bad their prior employer was, we'd automatically disqualify them. You get marked up as a "whiner" or someone who plays the victim all the time. On the other hand, you don't want to let your date know that you're still in contact with your ex and that you're "friends" -- even if you are. It just sounds bad, especially if there are no children involved --- trust me. Two things happen in the thought process of your date while discussing your ex: 1. If you talk too negatively about them, it seems as though you're extremely bitter and you still have lingering feelings for him or her. There's a fine line between love and hate and it's detected very easily when you're ex bashing. 2. If you speak too kindly of your ex, again, it might also appear as though you are still pining over your ex. Limit limit limit it! 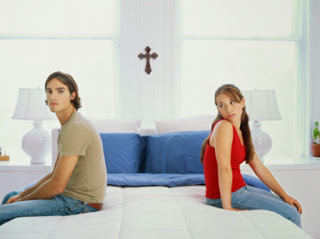 We all want to find someone who can relate to us. We want the perfect "soulmate" --- especially if we practice a religion on a regular basis. I know even for myself, it was important that my perfect "soulmate" was Christian. That's just me. These days, most people go on some dating site and they can see their denomination right off the bat. Back when I met my future wife, there was no internet or photos to be exchanged. We met through a newspaper personal ad. "SWF seeking blah blah blah." That was it. Even if you see that your date has the same religion, it does not mean they practice it nor do they want to discuss it over wine and appetizers. It's just not the time or place. You can have the same religion with total different beliefs. It can be an automatic deal breaker. So stick to the basics, ask him or her a lot of questions about themselves -- what they like to do, how many siblings, what are their hobbies, etc. I would steer clear from work related topics, because you never know if they're in between jobs, or not wanting to reveal where they work or, if they can actually pay half the tab after the date.

Of course you knew the next topic: politics. Their online profile may have said "left", "moderate", or even "right", but you truly don't know someone's political stance or personal feelings on certain issues. Steer clear of this conversation if possible! I don't care if you're one of those political bullies on Facebook pushing around your 'agenda' --- you want to keep this date going, right? First impressions mean everything. Let them find out once you two have befriended each other on Facebook, or better yet, don't talk about it until you're three months into the relationship and do it very gingerly. If you do post political crap regularly, change your settings so they don't have access to view it. You never know, you can run into a conspiracy theorist type like myself who thinks Obama's the devil. But I can say that because my wife thinks so too. Moving on…

You say texting, they say sexting --- just call the whole thing off at that point. First of all, "sexy talk" can be awkward, especially if you're not accustomed to it and more so, if your autocorrect goes off in every sentence because you're just way too nervous or umm…excited. Quite embarrassing. But above all, never ever ever ever ever ever ever ever ever….(takes deep breath)…..send over a nude photo of yourself --- even semi-nude. Leave something for the imagination, but more importantly, never trust anyone holding a photo of you that may ruin your entire reputation or career. It may not even be your date who is held accountable for spreading your photo around like wildfire. It may be a jealous gal friend who sent that photo to her phone and then spread it from there. Nude photos are never deleted. Trust me on that one. I cannot put enough emphasis on this enough about my warning on sending someone a risqué photo of yourself. Not only is it classless, it shows that you want approval of yourself. It shows low self-esteem ---even if you have a killer bod, it just shows a lack of self-respect as well. You wanna throw your cleavage out there, fine. But once you cross the lines of full frontals or just….eeek….genitals, you're asking for trouble. Hopefully, if you have done this in the past, that person is not still holding it in his or her files of "ex-rated-T&A".

Well, that's my two cents on what not to do on a first date. Believe me, I had way too many first dates, but the only time I went by the rules was with my wife. And here I am twenty years later. It wasn't always perfect, but we stuck it out together and made it work. Good luck ~

For more of Deb's articles, please visit: www.debrapasquella.com or join her on Facebook and Twitter. Check out her cooking blog for some of her famous recipes!
awkward moments dating dating advice first date no-no's first dates religion sex on first date sexting texting