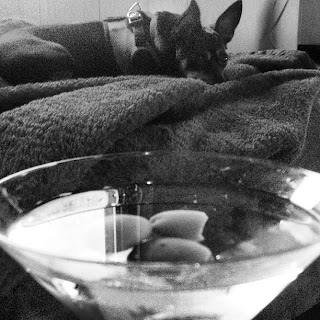 So I thought to myself, "Wow, I'm not even hungry," and it was nearing 8pm. I poured my second martini on a somewhat empty stomach and nothing was temping my palate at the moment. With my corny background music blaring Amy Winehouse's "The Girl From Ipanema", I was feeling a bit fuzzy - a bit "silent" in my mind. I had no thoughts, no words rushing through my head or the many questions I pose to the poor man up above who has to hear every single complaint that I toss into his box. I trekked onto my Facebook account and saw a "message from God" -- one of those little apps that make you feel like, "Oh wow! God sent me an email!" Well, not really. Of course it gives you an option to become an instant pastor and that you can always donate to them, if you're generous enough. It said that my life was full of my own "chatter" and to be still and listen to my spirit and the spirit that speaks to me. It told me to shut up basically. Surely you can't mean my blog, I mean, that's what I do, I write, I talk, I, I, I, say too much...maybe?  And since writing is what I do for a living, I'm noticing that I'm not writing for "me" -- I mean, in the passionate sense when one becomes a real writer - someone who has heart and soul into their unpaid work. But now, it's a job. And I was afraid that this would happen. Sometimes, I'll just plop a post onto my blog so that it's mirrored onto websites that pay me for my thoughts and frivolous ramblings. Thankfully, there's a second gig that fulfills the gap in my bank account (not so much). So I write. I talk. I speak. I've even gained a unique following mostly from Vietnam. Don't ask. I'm grateful, but a bit puzzled. Emails from suicidal teens sometimes appear in my inbox or the occasional closeted housewife who has ten kids wants to know if "becoming a lesbian" would be a bad thing. Strange stuff. 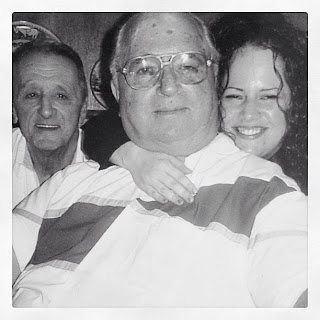 In every sense of the word, "silence" - that's been resonating within me ever since I found out Dad was given a six months to live. My wife and I are believers, so we would say, "Well that's what the doctor says, but God has different plans. Only He knows." Sadly, the doctors were spot on - exactly six months Dad went to heaven. I used to think, "What would our world be like without Dad?" And now I know -- it's very silent. Not only was he loud (and sometimes obnoxious in a funny way), but his presence  - his enthusiasm for life - even if it meant just sitting outside BBQing - he was excited about everything. At huge functions, his voice would stand out from the rest. You definitely would know Dad was around. Wherever he was, you felt safe. Even when he was sick and intoxicated beyond belief from all the oxycontin they kept him on, he still managed to mutter out, "Ya need help? Want me to do dat' for ya?" He couldn't even if he tried, but his spirit was willing. This is what made me think he'd last longer than six months, at least a few more years. But the silence keeps growing. No more wheezy laughter howling from the other room or his heavy equipment outside rumbling the earth with their loud engines. It's strange. With that being said, I'm finding my passion for life has taken somewhat of a break. I know it's normal to grieve and take some time off to 'get it together', but my passion for the things I used to do has somewhat fizzled out. You can call it depression or the blues, but I call it the missing link syndrome. I guess it's pretty much normal and things are getting better, but there are times when it's too silent around here.

There are a lot of "big character people" in my family - those you would totally notice if they were out of your life. That's what makes it even more terrifying. So, I pour another drink to calm my racing thoughts, perhaps to even completely silence them. It works for the meantime. And although I keep the "moderation" tightly secure, I do notice that it's been on a daily basis ever since the big guy booked it into heaven. The one thing I never dabble into is my summer evening smokes. Yes, I am a reformed smoker - quit over 15 yrs ago, however once in a blue moon, I'll have a smoke on a nice summer night by the fire pit or just hanging out having a few cocktails. Once I saw what smoking did to my father, I haven't lit one up in over two years. I tried therapy and grief counseling and all of them made me feel worse for some reason. (That's just me.) I even tried antidepressants and that made me feel not only loopy, but absolutely out of my mind psychotic. The pharmaceutical companies love it when your mind tells you, "Hey, it's working, be happy" when all it's doing is making you tolerate horrible side effects for a mere buck or two, and for us, an arm and a leg. "Oh wait two weeks and you'll feel better."  Bullshit. 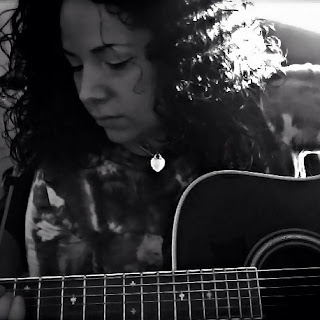 The best thing I ever did (as you know by now) was get a dog. She's a great sentinel, can hear a moth from miles away (which can also be annoying at 3am), but the love this dog gives is just amazing. She fills the silence most of the time. Sadly, even when I pray, there is way too much silence. I used to hear God all the time, or was that my mind...or was that just a hint for me to be silent and listen to Him? Another little reminder to "shut up" again. My outlets range from writing music, playing guitar, photography and of course, writing. But I need more - something different that'll at least hold my attention for more than five minutes at a time. Even cooking has been a task for me. My cooking blog has suffered long enough, but the other day I managed to make a huge "Thanksgiving-like" dinner for Madelene. I don't know what got into me but I was cooking up a storm. It used to be another passion of mine that is slowly fading with time. Now it's like, "What about Chinese takeout or maybe just throw a few hamburgers on the grill" type of thing. Things are becoming simpler, quieter, more introspective. I used to love holding big parties at my place, but after having the last few, I found out it was much harder than expected - it terms of I just didn't feel up to catering to people - although I did it anyway. It mentally exhausted me. I didn't even get to sit and chat with the people who came. I just served and ran around like a chicken without a head. It's not that I don't love catering for people, it's just that I need a much needed break. My break comes this June. I'll be leaving for over a week to the Hamptons to unwind, relax, and watch the ocean as I sip on my self-medicated potions. So please bear with me if my posts are minimal, more low-key and a bit raw. I'll be back to myself in no time. For now, I just have to fill the silence.

When you try your best, but you don't succeed
When you get what you want, but not what you need
When you feel so tired, but you can't sleep
Stuck in reverse
And the tears come streaming down your face
When you lose something you can't replace
When you love someone, but it goes to waste
Could it be worse? ~Coldplay

For more of Deb's articles, please visit: www.debrapasquella.com or join her on Facebook and Twitter. Check out her cooking blog for some of her famous recipes!
Cold Play death of a loved one depression Fix You God passion in life silence