A Message About Fear From Beyond 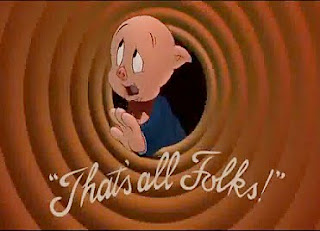 Life's biggest question: "What happens after it?" Nobody knows. You either believe this or that, or nothing at all. Some people think we just die like a battery - all darkness - nothing left - dust to dust and that's basically it. And while that may be somewhat true, what about all the people who have had near death experiences who come back to life and tell you similar stories to other people who have had near death experiences? Then you question the obvious: are they mimicking everyone else's experience? Or, does our brain produce this crazy short circuit shutdown letting us 'see' the light at the end of the tunnel --- or is that just the end itself? Maybe it's like the end of a Porky Pig cartoon where he says, "Th-th-th-th- ...That's all folks!" Nobody has a concrete answer and....nobody ever will until they stare death straight in the face. Then you have religion that gets in the way of people's views/beliefs which can eventually bombard your boundaries when someone assures you that you'll be going to hell for "sinning". Then the fear of death kicks in even more. Others think religion or perhaps, "God" was a made up myth to sooth people's fear of dying. We all have that same fear, or there wouldn't be so many hypochondriacs like myself out there.  What about seeing spirits or people communicating with the dead? Do you believe in all that? They say that very young children and especially the elderly or a terminally sick person can see the other side - like deceased loved ones visiting and occasionally talking to 'something' that we cannot see. Before Dad passed, he would say to my mom, "Look, say hi to ya' father, he's sitting right there!" Mom just stared at him, thinking that maybe the drugs were making him hallucinate. The strangest thing that happened is when he said, "Hey, there's Frankie! He's with the angels now!" Frankie was a long time family friend whom we lost touch with years ago. We had no clue he had passed away, but Dad knew. Dad would pick at his clothes or blankets as if they were just way too heavy for him. I truly believe when people who are about to pass pick at their clothing or blankets and constantly want to get up -- this is their restless spirit. The spirit itself is light, weightless, and ready to leave. Or, can there be a scientific explanation of these spiritual sightings and restlessness? I haven't found a concrete answer yet. 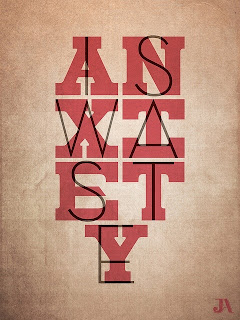 In recent days I've shared with you my struggles with insomnia. (I'll get to the point.) I have had what's called "sleep jerks" and a very excessive tick in my throat. (Not a deer tick mind you.) More of an OCD tick that makes me do a 'clicking' sound with my throat to check if my airways are okay. I contribute this to my allergic reaction when I had sushi one night. I also contribute it to the recent loss of my father. They're all anxiety-related symptoms that drive me crazy and keep me awake all night. Last week I was up every single night, watching the clock fly by into the break of dawn. I had friends emailing me, "What's wrong, Deb?" And I honestly couldn't pinpoint what was wrong, but I knew I was stressed out beyond my limits. There was also no reason for the stress. They were all good for nothing anxiety attacks as I call them. But there is usually an underlining cause which I hate to even admit, because I hate not knowing, or "subconsciously" knowing, which I sometimes chuck up to bullshit. But, I found out a lot last night when I dozed off for about a half an hour. I had a dream - a very vidid dream. My Dad came to me, and he started yelling at me in his botched up Brooklynite accent. "Whaddya' doin' to ya'self? Why you wastin' ya time with all dis' fear? You can't even sleep! You fear FEAR itself! You fear going to sleep! You fear waking up! You fear getting sick! You fear others getting sick! You fear everything unda' da' sun! (Then he starts laughing.) And whatsda' worse ding' that can happen to ya? Ya die? (He let out another howl of laughter.) And den' wha?? You come here! It's great! Stop it, Deb! You're wasting your life with fear!" When I woke up, I rubbed my face and mumbled out, "Wow that was so real." And then the TV had this loud commercial and yelled out, "YOU CAN HEAR ME!" Coincidence? That's only up for interpretation and belief. Common sense could have dreamt it or I could simply believe Dad visited me in my dream since he may have seen me suffering with insomnia and anxiety. Last night, I had over eight hours of sleep with no anxiety and no "sleep jerks". No tick. No fear. No feeling of doom. I'm going to start believing more. What do you believe?

For more of Deb's articles, please visit: www.debrapasquella.com or join her on Facebook and Twitter. Check out her cooking blog for some of her famous recipes!
anxiety believe fear God insomnia seeing a deceased loved one in a dream sleep jerks spirituality