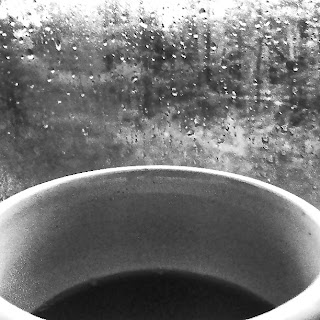 Have you ever had an argument with your other half and it just carries on and on, into a path of that dreaded awkward silence? After having a little spat with the wife, I sat at my desk with my coffee, staring out at the rain and began to think about my past and how unstable it used to be. I used to have that with my ex-girlfriends. The arguments seemed to have lasted forever. Between stubbornness, pride, ego - whatever the reason - it just wouldn't let up. And it's especially challenging when both people have huge egos to boot. But the one thing I most admire about my wife is that she has a short memory. I don't mean that in a bad way either. (She's probably plotting my murder after that sentence.) I mean, when we have a heated argument and things are just crazy, an hour later, she'll be like, "Honey, wanna go to the store with me?" --As if nothing took place. It's not that she "forgot" about it -- it's more about forgiveness. I admit, sometimes I get all grumpy and make it last just a teeny bit longer, but the fact remains, the argument shifts. We do finish the argument in a more constructive way after the fiasco, but the most important thing is: our battle has ended. Time to move on and eventually, everything is forgotten about. I truly believe that's how our relationship lasted this long. Meanwhile, we just have to remember to pull our poor shaking Chihuahua out from underneath my office desk. How she trembles even if there's the slightest tension in the air. She totally knows. And it's not like we have these huge blasts of arguments where things are flying or we're throwing elbows around -- just a good ol' 'hash it out' type of spat. I'd be concerned if people in relationships didn't have any arguments at all. It's an outlet - a way to get things out in the open and with love, patience, understanding (and a whole lotta' luck), it'll end up a constructive conversation afterward. 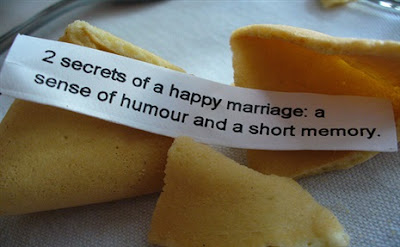 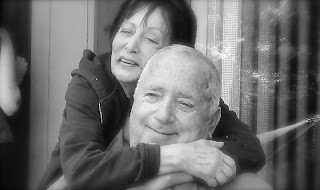 Forgiveness. Such an easy word to toss around. The question is: can you do it? I learned a lot from my Mom. She always tells me to "turn the other cheek" - and of course, at the time, I'm like, "No! How can I?" But when I do, life is so much easier. No more grudges and resentments. It's not only forgiven, it's also forgotten (in most cases). I have issues with forgetting sometimes, and I think that's pretty normal. When I was younger and Mom and Dad would sometimes have these heated arguments during dinner. I remember hearing loud voices, maybe Dad's fist hitting the table and then silence for about a couple of hours, or at least until they went to bed. The next day it was back to normal. They never held grudges or kept that argument blazing. And like myself, my Mom forgives quickly, goes on about her life. I think it's the only way to survive in a relationship or marriage. They were both each other's best friend, the way I view my marriage. The foundation of friendship always keeps the relationship strong and steady, no matter what kind of storm rolls in. When I was in past relationships with my exes, they were never based on the foundation of friendship. It was headfirst into a love affair type of relationship, where it was fiery and unstable. There was never a calmness to it - always either fighting or making up, or fighting just to make up. It was extremely unhealthy. I'm just happy that I have come to the point in my life where the occasional heated argument doesn't mean divorce papers. It just means you need to talk. Communicate. Forgive. And fuggedaboutit'!

For more of Deb's articles, please visit: www.debrapasquella.com or join her on Facebook and Twitter. Check out her cooking blog for some of her famous recipes!
divorces forgiveness fuggedaboutit heated arguments love marriages patience relationships