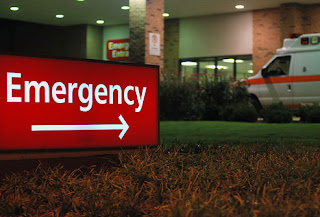 Have you ever had a day (or for me), a week, where you are just unable to function at all? You can't think straight, sleep a full night or respond appropriately to 'surprise' disappointments? The slightest curveball will send me into tears lately. It's an unexpected response, especially for me. I'm just a wreck. And as you can see, I haven't written in quite some time. I couldn't. My mind was blank. I woke up Saturday morning with my leg blown up like a balloon. It was really strange - something that has never happened to me before. I drove myself up to the hospital to get it checked out for a DVT/blood clot, just to make sure I wasn't in danger. Odd ailment. But I guess eating Chinese food the night before didn't help. I was so stressed out, had an anxiety attack in the emergency room. They had to calm me down - not sure why I had a panic attack. It just happened. I made an appointment with this new therapist who happened to be in the same town I was, which conveniently soothed my agoraphobia, until she informed me that she was moving three towns over. On top of that, she was totally affordable, where I could go to her twice a week if need be. She did say something really significant though. She asked, "Why are you surprised that you're going through so much emotional turmoil lately?" I didn't know what she meant since she really didn't know what was happening 'at this time' in my life, but she said, "You're approaching the anniversary of your father's passing." BAM. ...It hit me. During this time, we were shuffling back and forth to the hospital trying to take care of Dad. I even looked back through my blog and Facebook accounts to see what was brewing during this time last year. I read a post from last year during this time. Maybe it can explain what I'm going through right now. 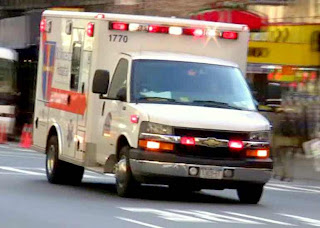 It reads, "The other day we noticed that dad's left leg swelled up like a balloon. (Odd that this happened to me a year later.) The nurse from hospice came over to take a look at it and said it may be from the tumors growing on his kidneys and bladder that's blocking the fluid from flowing properly, a sign of the progression. It was almost as if I had forgotten that Dad was sick. 'The progression' kept repeating itself in my head. Then of course, we all were concerned about it being a clot in his leg since he is lying down a lot. The nurse checked his lungs which were clear, felt if the swelling was hot to the touch and it wasn't and said to just have him take a water pill to relieve the swelling. But later on, it was decided that we had to call an ambulance to get checked out at the ER, which he hates because they treated him so poorly there. I know because I literally had to go out of his room and yell at the doctors and nurses for not supplying him with the needed medication as promised while he was lying in the bed screaming in pain. I experienced a lack of professionalism, compassion and overall care from the staff while I was there myself. Dad pleaded with me, 'Please Deb, don't let them take me. You know how they are.' And I do. He can't go to any other hospital because the hospice care he's receiving is part of that division as well as all of his doctors. Every time he goes back into that hospital, his spirit dies. Part of me was against sending him back there because the nurse checked him and said it was only water retention, possible 'progression', and the other part of me wanted him to go so I don't lose him in case there was a blood clot with no evident signs of it. He started to manipulate all of us, saying, 'If I go and die in there, have it be on all of your consciences!' Then he'd put his head down regretting what he had just said, hoping we'd tell the EMS crew to leave."

Could my ailment that sent me to the ER be psychosomatic? It was the same thing my father went through on the same day I had written this post last year. It's just so strange how the body reacts and creates physical manifestations of memories, emotional pain and grief.  Subconsciously remembering what my Dad went through last year this time sent me into the same phase again - sent me into exactly what he had experienced. That just blows my mind. During this time as well, my Mom's hand kept blowing up like a balloon from what they thought was gout. It was actually pseudogout. (Instead of uric acid building up, it's calcium deposits.) Anyway, right now, her hand is blown up again. I asked what she thought about the links between my ailment and hers - and it hit her too. It's like repeating the most stressful event of our entire lives again. We're reliving the pain, the stress, the memory and fear of watching Dad suffer so greatly. So in return, we're suffering on a whole different level - a subconscious but very real physical ailments.  I feel bad because I had to cancel a few events I had planned and on top of that, I haven't worked all week. I didn't want to be 'out of it' while I had company over, and I certainly didn't want to just plop "anything" onto my blog just to keep it moving. So please bear with me lately. I have a lot of crap to plow through.  Feel free to send some prayers our way.

For more of Deb's articles, please visit: www.debrapasquella.com or join her on Facebook and Twitter. Check out her cooking blog for some of her famous recipes!
anxiety disorder blood clot cancer cancer sucks DVT grief panic attacks psychosomatic