While speaking to a friend last night, she had asked about my views on religion and asking what my book was about. I started the book in 2003. The manuscript sat there, waiting for something, a bite, anything. I thought it would be just another unfinished project, however I finally published it. You're talking about almost a decade ago, so you can imagine that some of my ways of thinking have changed slightly -- "slightly". Back when I was writing it, my views were very extreme and perhaps a bit rigid for some, while others tell me it wasn't. It's a mixed review. I started a blog after writing it and my views were quite hefty to some, leaving it open to heated debates that caused nothing but frustration and anger. I had other Christians bashing me for being a lesbian, while other Christians weren't accepting of some of my views -- which should have been "okay", yet we all decided to see whose sins were "okay" and whose sins were damned to hell. Each person who was involved in one of our debates were "right" in their minds. I was right. She was right. He was right. But which one had the "truth"?  And that's where the gray area comes in: nobody has the "truth" if it's a belief system. It's not science. I want to even go far as to compare a belief system of a religion as an "opinion". That's how much it holds up in any heated argument. There is absolutely no proof. It's all about faith. My faith is my truth, not anybody else's -- and that's the difference between the "slight change" of my thinking from 2003 till now. 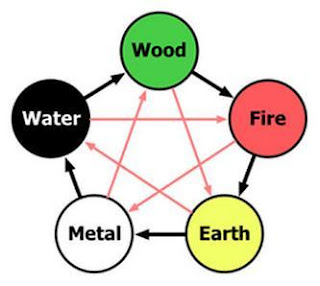 Here's where I stand with my beliefs and lack thereof with other religions/faiths: I only go through Jesus. I will not 'talk to spirits' or any other source of enlightening soul to seek whatever it is I need. I will not pray with other people of different religions, as Unitarians do, yet I don't condone or judge it. That's just a personal choice for myself. I want to be around other Christians when I pray. I'm not saying that it's "bad", I just feel more uplifted and inspired around people of the same faith. I did mention this in my book, to which I was a bit extreme about. Even though I still hold that same choice, I don't rattle off that it's "bad" or something to be avoided. Each person has their own journey and who am I to judge it? Who knows -- it may all lead us to the same place. Again, there is no proof.  I also spoke about those who practice Wicca. As for "me" and only my knowledge and understanding -- if you are wearing a five pointed star around your neck (the five elements of the earth), it is a symbol of the devil. Those who say it's not can look up Satanism and see that they use this very same symbol. The five elements being, wood, water, fire, metal and earth.  Increasingly so, people have changed an element here and there to suit their needs for "spirituality", leaving out wood or water. But the originality of the pentagram are all OF the earth. Christians are not "of the earth" -- the focus is on the kingdom of God and not earthly things. So why would I pray to something to which God has created instead of God Himself? That's my belief. I still stand strong with my belief, however I don't tear people down with it. My friend who is Wiccan shares her faith and practices with me. It's very interesting and very spiritual. It just doesn't work for me, and she appreciates that and accepts our differences. 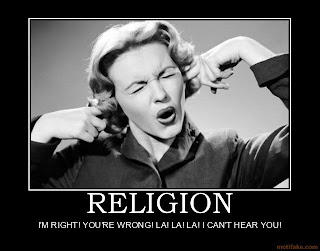 Years ago I was in quite a tangled web with another Christian due to my lifestyle. We debated back and forth about what's wrong and what's right and what it says in the Bible about homosexuality. I've always believed that Leviticus states many rules, including the act of eating crustaceans of the sea (shellfish) is to be seen as an abomination, as well as shaving one's beard or sitting next to a woman who is menstruating. All of these "set rules" that no longer apply to Christians are still being used by mostly extremists. They cancel out other sins just to focus on one. All of the other references about homosexuality in the Bible refer to promiscuity whether straight or gay. The interpretations as well as translations are sometimes confusing and very debatable.  Here's where it gets tricky... If you say "THIS IS THE TRUTH" and not "your belief", you're opening yourself up for a good battle with another believer.  It's exhausting and it drains you of any ability to focus on doing good for others or just focusing on God alone. It takes your time away from your spirituality to prove that "you're right". I threw in the "I'm right" towel and decided to only share my beliefs, and accept others. Time to time I'll have a healthy debate that discusses my takes on scriptures and other beliefs, but it stays in the neutral zone. When you try to force your views on someone, they'll quickly run the other direction. It's like holding on to someone too tightly. They slip out easier. But, if you share yourself, your faith, your heart with someone, then you plant the seed of faith, whether or not they "choose" to accept it for themselves or simply be content, listen and follow their own hearts. And that's what faith is all about. The heart.