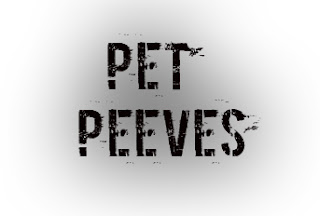 There are certain things that irk me. I’d like to think of myself as considerate, especially when it comes to people I really don’t know and those I may offend due to my own behavior. There are social cues and certain types of boundaries when it comes to dealing with anybody in life. It all depends. Recently, I have had my fill of awkward and annoying moments where I just wanted to yell, “STOP!” But, most of the time, my inside voice never really makes it outside. It just stifles within and then....gets plopped onto this blog. Bear with me as I make five points about my pet peeves. I’d be curious if other people think the same way when these things happen around them or to them. 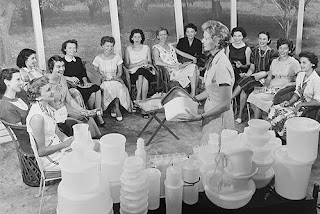 Econoparties
I know the economy isn’t the greatest right now and the job market is suffering, but when should we draw the line at the desperation of making money, even if it means annoying your friends? For instance, I have seen friends begging other people (and yes, myself) to hold ‘Tupperware-like’ parties at their homes. I’ve been to these types of things, and immediately, even before people have tapped the box wine, the friend announces, or better yet, screams, “Everyone get your checkbook out!” How awkward is that? Shouldn’t we be a bit more subtle when begging for money? Shouldn’t it be, well if you like this, then buy it. If the product is good, people will get their checkbook out regardless. Why announce it? These parties aren’t just rude and obnoxious, but they’re usually epic fails. This also goes out to all of those Avon ladies pimping themselves on every social media site and especially for these new and improved Weight Loss programs so you can buy a ton of cardboard-like food products for a mere $400.00 a month. No thank you. 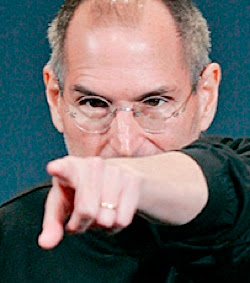 The Van Gogh Syndrome
The sad news is out that Steve Jobs has passed away due to his long battle with cancer. It is very sad. He was an absolute genius who was innovated and most of all, creative in marketing apps with other people/companies in order to not only make money and make his product interesting, but to benefit the income of others who shared their inventive ideas. He was brilliant. However, I haven’t heard the name “Steve Jobs” unless a new product came out and he was introducing it. Even then, his name was short-lived, but iPhone, iMac, iPod, Mac, anything “Apple” was screaming much louder than the creator itself. With that being said, no one said ‘boo’ about him until he died. Why do humans automatically love someone more once they're pushing up daisies? Why do they talk more about them, their achievements and how much respect they have for that person until it’s too late? I bet Steve Jobs never even heard half of the good commentary about him when he was alive. Let’s take it a step further. The one thing I cannot tolerate to watch are fake people being nice to someone they don’t care for, only because that person became very sick somehow. No more bad mouthing ‘so and so’, it’s all about ‘what can I do for you’ and 'how are you feeling' type of gestures --complete amnesia to any vile behavior they have shown in the past. Why now and not when they were once healthy? Does the human element come out more once the reality sets in that we’re all mortal beings? Shouldn’t it be constant? Perhaps guilt-ridden feelings are making some people want to befriend those who are clinging onto life? 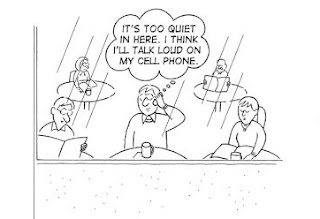 Shut It!
Have you ever been in a doctor’s office or a public setting where someone starts talking on their cell phone, but not only having a conversation, but talking over you? Not only are they trying to talk over you, but they don’t even take into consideration to go into another room or take it outside. Why are they talking loudly anyway? Is the other person hard of hearing? If you have a bad connection, no amount of yelling is going to save that call. Last night while I was having dinner at a nearby restaurant, some woman got on her cell phone in the middle of the dining room while her coworkers and friends were sitting with her trying to have a conversation of their own. The woman talking loudly on her cell phone “shushed” her friends, indicating that the call was important. One girl had the guts to put her glass of wine down and said, “If it’s that important then go outside and talk!” The woman shuffled outside angrily. How does the woman on the phone have the right to be angry? She interrupted this dinner party because she was too selfish to take her phone call outside. While the woman was outside chitchatting, all of her friends were like, “Oh my God I’m so glad you said something! She always does that!” The customers around that table were also pleased with the ‘squeaky wheel’. 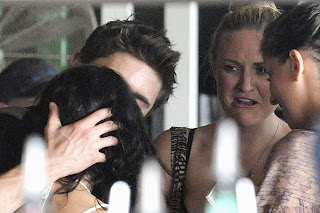 Methinks Thou Doth Protest Too Much (PDA)
Have you ever scrolled down your Facebook feed and had a couple of lovebirds display their undying love for one another so much, that whenever they did this, it made you wonder how really good the relationship really was? Or perhaps, someone on their page is a possible threat to their novella-like affair? “I love you with all my heart and can’t think of anyone I’d rather be with.” --Once in a while it’s very endearing to see your friends love one another and publicly display their affection in a romantic/poetic way, but when does it come to the point of questioning their true feelings or levels of jealousy issues? You’ll see a few people “like” the post, but mostly, you’ll see people avoiding it like the plague. “Something’s up,” most people think. It’s the same concept of “Peggy” in accounting receiving flowers from her husband who works only two floors down in the marketing department. Everyone muffles around the water cooler, “Hrmm, they mustuv’ had a fight.” They say everything in moderation is a good thing. Once you overdo it, too much of a good thing starts to rot...or maybe it already has. Back in the primitive days - the days of the cavemen - to hold your ‘mate’ tightly, (arms around him or her or fornicating in public) was a way to show that this was YOUR mate. Back then, certain behaviors were acceptable; barbaric if you will. But aren’t some people doing the same thing now? Even in public, sucking face and practically having sex out in bars or social settings? Get a room! And/or, write a private email professing your love for that person - either way, it’s awkward for others to witness the mushiness. At least that’s my opinion. 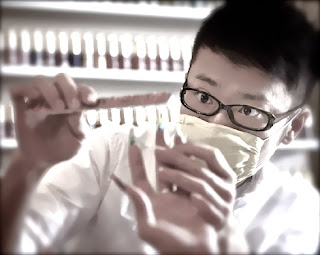 Say Vhat??
Have you ever found yourself saying “what” a million and one times only because the person speaking to you didn’t know a lick of English? Hey, I give anyone credit for trying to speak the hardest language in the world, but think about this: if you tried speaking another language, say Spanish, and you didn’t know it all that well, wouldn’t you brush up more on your Español if people kept saying, “Que? Que? Que? Que?” Well, my problem began once I started going to this Vietnamese nail salon. I’ve spoken about this place before. They do manicures, pedicures, waxing, massaging and yes, they also include other services you wouldn’t want to venture over to. But, they’re good at their job - the mani/pedi portion of it of course. I have developed quite a ‘buddy system’ with a couple of them, but sadly, I find myself ‘yessing’ them to death only because I don’t want to offend them by saying, “What? What? What?” One man does my nails, talks about his native country while the other woman sits next to me and chats about hair, nails, beauty tips, etc. The conversation yesterday was a bit choppy. “You wata’ ha on vree day?” I stared at her and tried to interpret it. I’m getting better at it but it’s sooo much effort. Translation: “You water hair every day?” --Meaning, “Do you wash your hair every day?” She then began speaking about how much healthier hair is when you don’t wash it every single day. It was a rough go at it, but I can see in her eyes that she was thrilled I knew what she was saying. The man then spoke about his girlfriend who had just broken his heart. “She bra me he now no go so ova.” Translation: “She brought me over to the states and now she broke up with me so it’s over.” Let me tell you, it’s not fun to really try to pay attention while getting pampered. If they know there is a language barrier, can’t they be content with just putting on the big screen TV for entertainment and talking to one another instead? I try not to “what” them too much, however it does come out often, where they look up at the ceiling trying to grab another word to replace the chopped up one they’ve offered. Am I being insensitive? I really really try. But my point is, I hate trying to have a conversation with them only because I feel like I’m always offending all of their efforts in trying to learn our language.

Thanks for letting me vent. It was very therapeutic. Just send me a bill in the mail and we’ll call it a day.