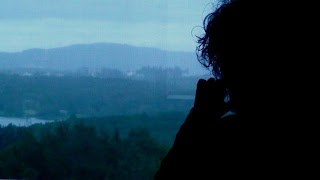 All my life I have been known to forgive, and quite easily. That’s not to be mistaken for letting people walk all over me, but putting myself in their shoes knowing how horrible I felt for either making someone feel bad or offending somebody by my words or actions. I never understood it if someone held a grudge against me, or for anyone. I’d always tell them to forgive and forget. I used to be able to do that so freely. I used to be able to let things go and completely forget about the offense. I’d like to think I still forgive freely, however there’s quite a difference in my way of thinking, my way of healing, my way of letting that person know that it’s not okay to do ‘that’ to me, or say ‘this’ to me. It’s not that I demand respect or think I’m all high and mighty, I just want to feel respected as a person, as a friend, as in any relationship I may have with someone. Whenever I was in the wrong, I’d quickly apologize, begging for forgiveness, and usually, it was given to me. If someone else was in the wrong, I sort of knew they were apologetic, even if they never said the two words I needed: “I’m sorry.” Instead, I would either buy them their favorite wine, send them a card or do something to extend an olive branch letting them know that I still cared for them very much. They didn't need to make that awkward apology to me. It was just 'known'. But if you hurt me, and I haven't quiet yet healed from the numerous ones before, and you keep opening up those old wounds - I'm going to walk away from that dangerous blade permanently. You can only break a heart so many times until it's just impossible to repair any longer. Words can hurt more than a physical slap in the face. I don't have anymore cheeks to turn for someone who has slapped me again and again.

A good friend and I were talking about this very topic. We were talking about how people aren’t accountable for their actions any longer for sake of saving face. But when is the line drawn between “forgive and forget” and just ending up to be their walking mat? If someone offends me and later on, decides to come to me to profess their deepest regrets of hurting me, yes apologizing - I’m always going to forgive them. If that person is genuinely sorry for their abusive behavior, and also seeks help in improving their behavior - “we’re good”. But when that person keeps offending you over and over and over and over again, even if they say “I’m sorry” each time, but their actions speak differently, I’m going to need more proof that the person is sincere. I do believe in forgiving someone without the possibility of reconciliation. It’s like saying, “Water under the bridge, but I don’t wish to have you in my life anymore.” And that’s okay. Some think that without the reconciliation that it goes against the entire concept of “forgive and forget” - and that’s very understandable, however if someone keeps stepping on your foot, then says sorry, and right afterwards, steps on it even harder, ten more times, without efforts to make a change in their steps - I’m wishing them well and then walking away from them.

I don’t believe in mere words anymore as I used to. An apology itself would suffice. I need more. I need their actions to prove that they're genuinely sorry for what they did. I remember months ago, I said something bluntly honest to someone who was a friend of mine. I told them that if they kept on pursuing married people, that they would probably end up alone all their life being the ‘other woman’. She took such offense to this and it made me think, “Wow, I should shut my mouth and mind my business.” So I sent her a bouquet of yellow spring flowers with an apology note. I was truly sorry. Although she forgave me, she had every right to cut me out of her life. Understandable. I respect anyone who decides to not reconcile, but when does it come to the point of forgiving, yet keeping a grudge? Can you do both? So in my own current situation, I can’t forgive someone who hasn’t apologized - not by mere words - but by actions, sincerity, and by changing their behavior. And if they cannot change their behavior or acknowledge that their behavior is abusive and hurtful, then there is absolutely no reconciliation on my part. I’m not holding a grudge or being unforgiving, I’m having self-respect for myself that I will not allow anyone to verbally abuse me. I have no room for toxic people in my life, even if they are a family member.

"I have learned that sometimes sorry is not enough. Sometimes you actually have to change." ~Claire London