What Shapes a Murderer's Mind?

Have you ever sat there watching the news wondering what makes people do the things they do? What makes a mother want to kill her child? What makes a full grown adult want to kill an 8 year old boy? And most of all, what makes anyone want to kill --period? I’ve had this discussion with many friends and relatives. You really have to wonder what goes on inside the mind of a killer. I can see if it was self defense or perhaps, a home invasion where somebody got killed - things of that nature. I can even understand yet not comprehend, the reasonings behind crimes of passion, where a lover finds his or her spouse in bed with someone else and flips out. It’s a moment of pure insanity. There are so many other reasons for people killing, like a disgruntled employee, constant bullying that ends up in a revengeful pool of blood, and sadly, suicide. All of these things are unfortunate sides of human nature. A person, depending on their biological make up, mental stability or lack thereof, can do just about anything you would or wouldn’t expect. I’m sure you’ve seen newscasters interview neighbors of a murderer, “Oh he was such a sweet man, I would have never guessed he’d do such a heinous crime.” Then you have the many scenarios where most of the crimes are usually done by someone who once knew them. 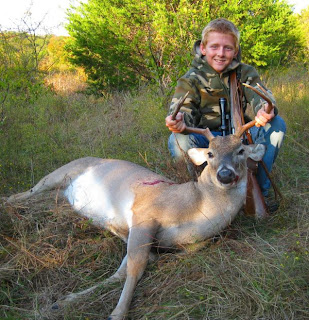 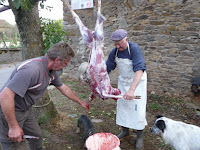 There is one thing I cannot wrap my head around: dismembering body parts. Why??? For some, it’s a morbid and sick fascination. For others, it’s means of hiding the evidence when the idiot has a huge swamp down the road. Grossed out yet? But think about the person who is dismembering a body... How can they sit there doing their crime without vomiting or passing out? How can they live themselves? How can they even bear the thought or even stand through the horrific ‘job’? There have been forensic studies on the mind of a killer. The ones who are like Jeffrey Dahmer or Levi Aron have usually witnessed a father figure in their life hunting or taking apart an animal in means of food for their family. This is totally different than murder of a human being, but think about a child and what a child sees while witnessing someone they look up to, dismembering a deer, a lamb and a cow in some Jewish cultures. A close friend of mine has a son who’s always interested in what his dad is doing. Ever since he was 5 years old, the father would take him out hunting all the time and then back in the garage to drain the blood and dismember the animal. Now that the boy is almost 12, he gets to shoot the gun, kill the animal and now he’s dismembering the animal all by himself. I highly disagree with this, but there’s nothing I can say or do, nor do I want to. The boy is adorable, but he’s introverted and bullied in school because his mannerisms are slightly feminine. See where this is going? It sets up an atmosphere of resentment, ‘know how’ and possible disaster.

We can blame crime and violence on video games and violent movies, but when does it come to the point when reality is just too much for a child to view in terms of shaping his or her future? If the “violence” is real, does it make it “okay”? If it’s fictional, ie: video games/movies - does that make it less threatening? What shapes a murderer's mind?