There are so many stereotypical assumptions about different types of people to where I sometimes have to wonder if they’re forever labeled with this for the rest of their lives. For instance, I’ve heard so many people say, “Gay men are supposed to be hot and muscular.” And if you’re a lesbian, people would assume that you would most likely appear 'edgy', or more on the masculine side, when in fact, there are a million feminine women who are lesbians. I remember a couple of girls pointing at my wife and I while dining at a restaurant in Provincetown, MA. The one girl said to her partner, “Oh they’re probably bisexual.” Why would you even try to guess what orientation we were? “They’re too femme and probably not even gay,” I overheard one of them say. To me, it really doesn’t bother me. Let em’ think what they want, because frankly, it has nothing to do with me - it has everything to do with them. And the reason why I state that is because I have encountered another type of judgmental scenarios just recently.

These two girls inside Starbucks who are waiting for their barista to serve them coffees were talking amongst themselves...loudly. One was tall, statuesque and very attractive. The other was cute, short and curvy, perhaps plus size and very attractive as well. I’m describing them so you can get an idea before the story sinks in. The tall thin girl starts talking about one of their mutual friends. I’ll put it in conversation format for you. 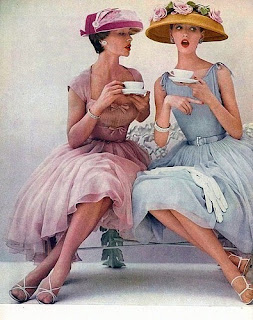 Tall girl: “She’s really nice and all but she has a pot belly and she dresses like she’s homeless.”

Short girl: ”Oh, I like the way she dresses and her jeans are no joke - she wears True Religions which are like $250 a pair!”

Tall girl: “They would look nice on her if her belly wasn’t larger than her breasts.”

Short girl: “Oh my God! How can you say that about her? She’s so nice and she really is a very pretty girl.”

Tall girl: “Oh come on - she needs work done to her face and she needs to workout or diet.”

Short girl: “Wow, I can only imagine what you say about me when I’m not around. That’s our good friend you’re talking about.”

See where this is going? Any time I hear someone talk about another person this way, I have to assume they’re very insecure with their own self-image, which is sad because sometimes their only outlet is making other people look bad verbally so that they can feel good about themselves physically. Whether the ‘talker’ is attractive or not, it makes them look extremely ugly once they get into a physical appearance bashfest. The underlining resentment they have for others who possibly get along better socially, yet not seen as “attractive”, is more of a threat. Their own vanity blinds them and once someone outshines their feathers, the verbal attack starts. I truly believe you can't be taught how to have couth, and no amount of money can ever buy somebody class, which is why their only resort, their only tactic is to go after those ‘they think’ are unattractive and possibly a threat to their own social standing.

The worst in my opinion is witnessing certain people who have had a “trying” past, perhaps someone who was heavily into drugs, with no money and no hope for the future, until some 'angel' on this earth pulls them out from underneath their crack rock. It’s great to see someone overcome addiction and live a better life. But what happens when that one person forgets their past completely and starts belittling those who are going through what they did? What happens when that person completely demolishes the “middle class” or lower, since now they have been saved by someone who is richer? What about when they bash those who are having the same drug problem they once had? They get amnesia and start gloating about what a wonderful life “they’ve earned” - or better yet, they have been given. When you forget your past and start downing those who are going through what you did ten years ago, it’s time to proverbially sober up, because God can quickly give you fortune as well as take it away just as fast. 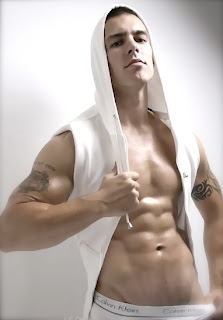 And my final rant... A male friend of mine used to weight 300+ lbs. His health was in jeopardy and he wanted to do something about it. He went in for lap band surgery. He then went down to 170 lbs and he looked fantastic - he looked healthy. Problem is, he used to be funny, witty and so nice to everyone. Sadly, he turned into a total bitch, telling others how to eat well and exercise and judging other people's dietary habits after he took the easy road. He thinks and knows he’s beautiful and uses this to his advantage. He makes fun of heavy people and being that he’s gay, he mocks gay men who are a bit on the heavier side, forgetting where he came from. I then decided to stop even being friends with him because he was so negative all. the. time. This was going back about four years ago or so. I just recently bumped into him, not recognizing him. “Deb! Hey! It’s me!” And I turned around to get a good look at who was calling me, and it was my old friend. He gained all the weight back and then some. He said he was too sick on the lap band and the many visits to the surgeon had them readjusting his band all the time. He couldn't maintain the drastic lifestyle and could no longer tolerate it, therefore gaining the weight back. But, something was different, other than the weight change. He was pleasant, funny and witty again. He wasn’t bashing people as he did when he was thinner. In fact, I think he got a dose of God’s karmic medicine.

“Do not speak of your happiness to one less fortunate than yourself.” ~ Plutarch quotes

"One should examine oneself for a very long time before thinking of condemning others." ~Moliere

"Whatever you condemn, you have done yourself." ~Georg Groddeck, The Book of the It, 1950

“Everything that irritates us about others can lead us to an understanding of ourselves.” ~Carl Jung

“It is just as cowardly to judge an absent person as it is wicked to strike a defenseless one. Only the ignorant and narrow-minded gossip, for they speak of persons instead of things.” ~Lawrence G. Lovasik

“If you judge people, you have no time to love them.”  ~Mother Teresa