Money, Love and Death: Life of a Celebrity 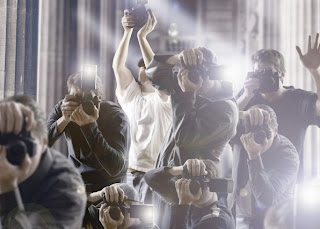 When you stop and think about all the famous people out there, do you ever feel bad for them or do you simply just covet their lifestyle? I’ve never believed money or fame would ever make anyone happy, at least not in the long run, but I do believe love and health (mental and physical) plays a key role in overall happiness. Think about not being able to just go and grab a cup of coffee without the paparazzi up your ass. Think about how difficult it would be to trust anyone - friends, family, acquaintances, etc. Think about all the betrayal, more so when you’re a celebrity. Think about the jealousy of those who want what you have. Think about the haters who slander you and drag your name through the mud, making you feel like absolute shit while you smile at the cameras saying, “It’s all good. I’m okay.” And really, you’re not okay. You’re lonely, and the one person you may want to be with is probably miles and miles away from you for work-related reasons. It’s a hard road. Finances come up, which then trickle into your love life, which then ultimately affects your health. Is this always the case? No. But the majority of celebrities who take their own lives have raised the statistics of how being a celebrity isn’t always the best thing in life. 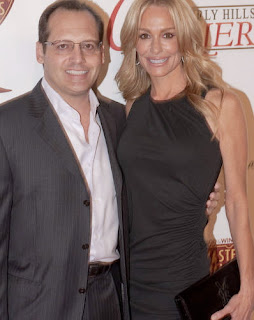 Look at Russell Armstrong, the husband of Taylor Armstrong from The Housewives of Beverly Hills. He committed suicide. His marriage was in complete ruins, publicized on television and he was $12 million dollars in debt. The LA Times had a report about this and quoted William Ratner saying, "’The Real Housewives of Beverly Hills, I think, was [Russell's] downfall. The TV show put a lot of pressure on him to produce financially. You're on a show with a couple like the Maloofs, who are verifiable billionaires, and you're not,’ said friend William Ratner, referring to "Housewives" personality Adrienne Maloof, whose family owns the Sacramento Kings and their home arena as well as Las Vegas' Palms casino resort.” What worries me most of all about all of these reality shows is the emphasis on money and financial status’. What if one of the cast members starts to lose their wealth? You have a few things to deal with: embarrassment, guilt from lying about your wealth and the fear of losing your wealth or being found out. What about putting your marriage or love life in the limelight? Don’t you think it’s going to have a huge impact on the intimacy part of it? Maybe not in some cases, but if you’re going through financial trouble, it’s going to seep through the camera lenses.

“You have it all!” “You’re so great!” “I wanna be just like you!” All of the positive remarks floating around and the one thing left in your mind is: “I have to produce. I have to live up to my name. I can’t let them down.” And it’s hard. And, it’s lonely. And you also have to prove the haters wrong, not only to clear your name, but to clear your conscience. Now I’m just speaking in general about any celebrity, but look at how many stars have committed suicide, overdosed or tried taking their own lives? All may be different scenarios - but doing heroin or any other hardcore drug is a cry for help. Charlie Sheen has been quite the public train wreck and many others were, like Ana Nicole Smith, who eventually landed herself 6 feet under with the rest of the unfortunate crew, Kurt Cobain, Amy Winehouse, Michael Jackson, and the list goes on. All either committed suicide or overdosed on something. They could not handle life. And why haven’t any of their “friends” and family come to their rescue? Maybe some have, but it wasn’t enough. These awesome celebrities lost their lives due to the loneliness that increased each and every day. Such a shame.

For more of Deb's articles, please visit: www.debrapasquella.com
at August 17, 2011