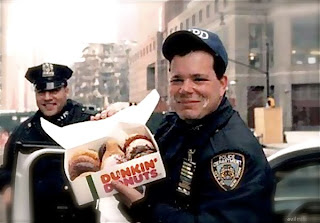 Years ago, when COPS first came out on TV, I remember being amazed that they were actually filming something “real” - something candid and almost in a roundabout way, sneaky. It was fascinating to see all of these criminals caught on film, whether it be robbing bodegas, selling drugs on the street or for domestic violence - all of our “inner busybodies” stirred within us like some nosey neighbor who would peek out of their window with each passing siren. For the most part, we all want to know what’s going on if there’s a crime outside of our home, or if we’re somewhere that happens to have a crime taking place. We want to be ‘in the know’, and this show gives us some of that fulfillment. I was hooked on it for years, until new reality shows started to surface. I remember being addicted to the “realness” of it all. But as time went on, and the more I started to know people in the business, the more I started to learn that “reality” TV isn’t so much reality any longer.

If you think about it, to have cameras follow you around on a 24/7 basis, you’d see the lamest crap ever. Even if they were to film cops every second of the day, 90% of the time would be filmed in a Dunkin' Donuts. Just sayin’... If you think about the “set up” - or as they call it, power points to each “exciting” time of the day, you’d wish you had a camera there to catch it all. So, with with any “Housewife” type of reality show, they set up “power points” - a subject matter, place the “actors” in the scene and just say, “Go with the flow and deal with the subject matter at hand.” Usually there are no scripts, however there is a subject of ‘realness’, which enables a ‘spontaneous script’. So in all fairness, it is “real” in many ways. 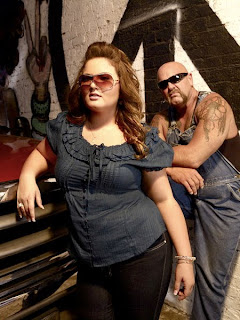 What about shows on Tru TV, like Hardcore Pawn, Ma’s Roadhouse, All Worked Up & Operation Repo? Fake fake fake in my opinion. First of all, you have to have permission by the people who are going into your establishment or in public to be on TV. With that being said, most of these companies or businesses are not that exciting to begin with - just like real life - if you had a camera everywhere you went, how much of it would be “interesting” for other people to watch? I had Lyndah Pizarro from Operation Repo admit to me through a video on Youtube that her show was fake and only for entertainment. She was giving me some advice about “haters” and how to deal with people who send hate mail to those in the public eye and especially in my case, my book and blog that helps the LGBT community come to terms with their lifestyle & religion. She gave me sound advice, however in the process, she was also thanking me for telling her that I didn’t care if the show was real or fake, and then indicated that the show was merely for entertainment purposes only. She deleted that Youtube account for some reason, perhaps it was advised since she was being very open about it all. In any event, I really appreciated her honesty. I loved the show, (still do) but some of the scenes were a bit over the top. Take a look at this one segment below. They went to go repossess a car that some Michael Jackson wannabe fought so hard to keep. Fake or not fake? Decide for yourself. There are more over the top shows like this one too.

If you cannot view the video above, please click here.
My question is: should the network Tru TV be called that since it’s mostly fake? Are they misrepresenting themselves? Is there a law against fooling the public for what’s real and what’s not real? What if our news source becomes that way? What then? Or, has it already become that?
For more of Deb's articles, please visit: www.debrapasquella.com
All Worked Up COPS Debra Pasquella Hardcore Pawn Lyndah Pizarro Ma's Roadhouse Operation Repo reality TV trutv