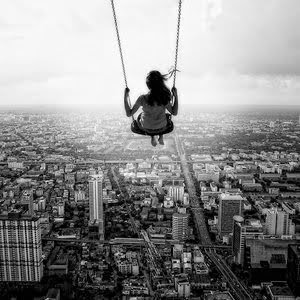 In the late 70’s, I remember my family gathering around inside the den to watch their favorite TV programs. From Laverne & Shirley, Happy Days to Carol Burnett and All In the Family. I’d get up to use the bathroom and my mother would instinctively ask, “Where ya going?” I couldn’t have been more than four years old back then, but somehow, I never understood why she had to know my whereabouts. I could have told her the bathroom, but yet for various reasons, I could have made a right hand turn into the kitchen and started twirling all the pretty little knobs that were connected to the gas stove. The possibilities were endless. I’d respond to her with a resentful tone, “To the bathroom mom!” To me, she was invading my privacy, but realistically, a four year old does not get the privilege of privacy. I would head back into the den and my mom would tuck me under a blanket, more snug than before so I wouldn’t leave again. 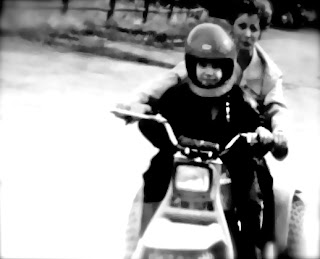 Dad reluctantly bought me a three wheeler motorcycle when I was eight years old. Our house was set back on top of a mountain with tons of Appalachian trails spiraling back as far as Alabama if you had enough gas, food, water and guts. I was always told to stay on the main dirt road and not to go “sight seeing” on paths that weren’t marked. I never listened, but I did make sure I had enough gas in my tank. As soon as my motor started revving, mom would peek her head outside and yell out, “Where ya going?” I had no clue. “Umm, dunno?” She didn’t like that response, so she came outside and gave me the rules of riding my ATV around the same circular path. She even went as far as to install a governor on my gas throttle so I wouldn’t go more than 20 mph. Lame. Oddly enough, on that very day I drove my trike off a five foot tall hill that made me roll over about ten times, to which it finally landed me in the mud face down with the ATV on top of me, crushing my head further into the swampy mess. Thank God for the helmet or I would have suffocated. My mom came running down the path, as if some angel whispered in her ear about my accident. I could feel the exhaust starting to burn my leg at this point, but I was pinned down and could not do anything to get out of it. Within minutes, I felt the huge ATV lift up and I was now able to breathe. “If you woulda’ listened to me and stayed on the path I told you, this woulda’ never have happened”, my mom said as her “mommy strength” kicked in and lifted this 200 lb + ATV off of me.

“Where ya going,” my mom asked as the taxi beeped outside. “Ma, we’re just gonna go to the bowling alley, can I borrow $20 bucks?” My dad would grab a huge wad from his money clip and throw a 20 at me, then proceeded to say, “Be careful and call me once you get there.” I’d always call when I got to the bowling alley, but it certainly wasn’t my destination. At the age of fifteen, we found ourselves partying down these deep hidden unknown paths with huge bonfires. Back then, nobody had cell phones or could get in touch with anyone while being in the backwoods partying, however for some reason, the police and firemen knew we were there. We started to see a few fire trucks and a couple of patrols speeding down this narrow path to get to us. They immediately put out our magnificent bonfire, and then also started to tell us that we made a fire on top of a glass line. No wonder there was a pipe with a nozzle over on the side. We never knew what it was. Then again, I was supposed to be at the bowling alley anyway. We all could have been killed instantly. 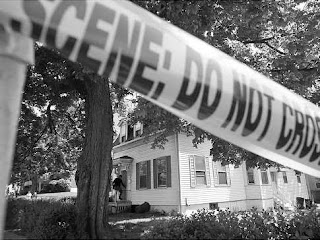 At the age of sixteen, I asked my mom, “Where ya going”, as the FBI agents dragged off both my parents in handcuffs for reasons I never knew about. “It’ll be okay, drive yourself to school and we’ll be home shortly.” Mom seemed to have it all together. She knew the drill, more so, expected it. As I watched the agents raid my home while the little white cars with orange sirens were taking my parents away, I drove off to school in shock, slowly, hoping to recall a time my parents were doing something wrong. I thought I was the only one doing something wrong. I never knew where they were going or when they would come back. It wasn’t fair. Did the FBI mess up and grab the wrong people? A million questions posed in my mind and only one thought: I’ve lost my parents. Once finding out that they had broken the law, I realized that nobody was perfect - not even my very own parents who taught me how to be a “good person”. Regardless of what mess they had ended up in, they were human. To me, it was insignificant because these people who brought me up treated me like gold, always watching out for me, yet selflessly not watching out for themselves. This is how I looked at it. Some people held different opinions about this and would ask why, but my answer to that would be: unconditional love. And unconditional love never goes anywhere; it’s a permanent whereabout.
Click here for more about my parents' story.
ATV Debra Pasquella FBI raid money laundering unconditional love