Steven Slater's Distaste For My Article Written About Him 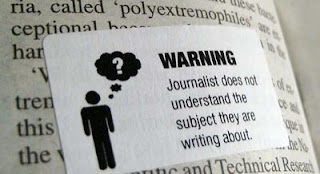 There are times when I absolutely lose it and go off the wall due to whatever and say things I don’t necessarily mean. I’ve had my 17th nervous breakdown about 100 times and understand those who are at their wits' end. Even in my book I published back in 2005 explains that I am a work in progress; that I’m not perfect and that I’m still trying to grasp life’s lessons as much as I can. With that being said, I am also very opinionated and hold strong to my beliefs on certain issues or topics. There are things I highly disagree with, but it certainly does not mean I am not forgiving nor “mean-spirited” due to the way I express myself. I say it like it is without any apologies, and at times, maybe a few apologies pop out if the person is hurt over my jagged edged words. My sisters sometimes describe it as "Deb's poison pen". I do sometimes go overboard, but never leaning back thinking otherwise. I will lessen the blow, but hold on to what I believe in, unless of course, there’s a different side to the story or perhaps, a change of heart for whatever reason.

This morning Steven Slater had written me a lengthy comment on my post entitled, “What a Drama Queen!” His comment was very to the point and also made me wonder if his story is dramatically different from what the media had posed it to be. See, we never did get to hear Steven Slater’s “voice” - we never got to see what Steven Slater actually said, other than what the media fed us. My biggest problem about this story is that Steven ‘let loose’ on a plane filled with people who were scared to death to begin with. To me, he terrorized people by “having a moment”, as we all do from time to time. Location location location! Going nuts in public takes on a new set of responsibilities. Going nuts on a plane or “having a moment”, I should say, is absolutely terrorizing. As a reputable part of JetBlue’s employee, he should have known better. And sometimes, in life, we all should have known better.

Steven Slater commented:
"This book is for you. It deals with forgiveness, relationships, anxiety, depression, self-esteem issues and how to love others unconditionally. It shows that even though we will never be perfect, God's love for us will always be. It focuses on not judging others--to let God be the only judge." -Deb  Hmmmmm.....  ------------------------  My what a fascinating read this blog was! I do find it intriguing that so many people, who were not aboard the aircraft, and have only second hand, hearsay information from the infallible New York Post et al, have become so well- informed and intuitive about my situation! Debra, must say I found your blog to be quite incongruous with the values you claim to represent. i,e. healing, compassion, etc. In fact I do recall reading the words "unconditional love" in your author's bio. Having never met, nor even having spoken with you, I would believe it safe to say that neither of us are in a position to speak of one another's motives or nature. Perhaps we will one day be afforded the opportunity to sit down and get to know each other and perhaps humanize this whole story. Who knows, we may find we have things in common and may even empathize with one another. As of now, you have seen only a two dimensional character as created by the media. I can assure you, I am indeed, three dimensional, and there are many facets to this story that you and other bloggers are yet to be privy to. I do hope you might take a moment to reflect upon the fact that the words you write do reach far, and do have effect on those who read them. Such unnecessary reproach is nothing I can't handle, but does have an troubling effect on my loved ones who are wounded by the meanspirited and often erroneous things they read about me. While it is so easy to play Monday morning Quarterback from behind a computer screen, supposition is no replacement for responsible journalism, which includes fact based reporting and sufficient investigation to warrant credibilty. I would greatly appreciate the courtesy of your reserving comment (only in your public forum, of course) until such time as all sides of this have been heard.

Thank you for stopping by and commenting. I think it’s great you wrote back and maybe we can get a chance to hear your side of the story. I agree, that the media feeds us a lot of what we ‘want to hear’ and less about the actual story at hand. My only problem is that your outburst was on a plane filled with scared people. Everyone that boards a plane is scared to some degree. Was it true that you had an outburst on the pane? If so, then my opinions and disagreement about your actions still hold strong. Do I understand it? Of course I do. You did the one thing most people would love to do, but usually, we think about the consequences. Most of us have outbursts on a lesser scale, affecting only a few people at a time.

I can’t imagine what you must go through within a day’s work. I can’t imagine people complaining over the smallest things, from peanuts to a martini made the wrong way. Tons of people fly with you, and those very people are filled up to the brim with anxiety in most cases. Your job is one of the hardest jobs: the training that went along with it, dealing with the public and of course, perhaps conflicts with your co-workers as well. I don’t know. I’m not in your shoes, however, I can say that if anyone knows what it’s like to have an outburst, it’s me. I’ve felt it, dealt it, and sometimes would shut down for days at a time. I have anxiety that leads into depression. When I get my anxiety attacks, I’m high strung and at times, offensive. My outbursts are uncalled for and many times, my apologies are well received, thank God. I’m not perfect. Neither are you. With that being said, I have had many backlashes to those outbursts as well. I have had people write about me, slander me and also even went as far to humiliate me through other medias because of my actions.

I think we have a lot in common. We’re both articulate and opinionated, and of course, we both can only handle so much in life. I get it, I really do. I know that you weren’t the one to call yourself a “hero” - your fans did. I disagree with them: nobody is a hero for having a breakdown in a public place. A hero is someone who saves people’s lives or helps those in need. I’m certainly no hero for having my own little breakdowns. I totally agree that I only see a two dimensional character. I’d like to see the three dimensional character of Steven Slater, which is why I’m sincerely asking you to tell your side of the story on my blog. I want the media to see the truth. I want people to see the “real” person behind the “nutcase” or in your fans’ view, the “hero”. With that being said, you had stated, ‘...supposition is no replacement for responsible journalism which includes fact based reporting and sufficient investigation to warrant credibility.’ This is a blog, Steven, and if anyone uses blog articles as “credible news sources”, then that’s their fault. I’ve obtained my information from the New York Times as well as other “credible” sources. The stories were all the same. Just because I have an open opinion on what was ‘supposedly’ done, proves to be my right to freedom of speech. Blogs are opinionated and sometimes offensive. I encourage everyone to get their news sources from credible networks and newspapers, not blogs.

Maybe some light needs to be shed on your story. Most people haven’t even heard your voice or your side of the story. Would you be willing to take some time and tell us what really happened on a broader & much more personal scale? You seem to be an intelligent and fascinating guy who I’d definitely befriend on a personal basis. With that being said, I also disagree with many of which my own friends do, and vise/versa. We’re only human. And, like the last line of my article about you says: 'I guess it’s safe to say we can all be "heros" from time to time.' I hope you do consider writing a post for me on my website. Thank you for taking the time to write to me.