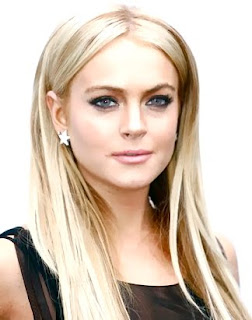 If being an alcoholic and drug addict is a “disease” as some people refer it to, then why is Lindsay Lohan checking herself into a substance abuse rehab program on her own accord? How many times does this girl need to be sent to prison and rehab in order for someone to “listen” to her? She’s screaming for help, yet nobody takes her seriously because this beautiful girl is a talented starlet; “she should know better”, or “she’s a smart girl.” While all that may be true, she may be the loneliest woman on earth. Her “disease” is a chosen one. She doesn’t want to feel the pain anymore. Nobody talks about her emotional pain, they all seem to focus on her substance abuse. She doesn’t want to hear people talking negatively about her anymore, but she’s a star, it goes with the territory. What star doesn’t get a bad rap once in a while? Wanting to be a “star” or wanting being in the public eye has some serious consequences. Most celebrities at times feel the desire to be “a nobody”, while ironically, everybody wants to be “somebody”. As they say, bad buzz is better than no buzz, but when a celebrity is trying to obtain the eternal buzz, when does the madness stop? They hide under oversized sunglasses and in some cases, fake mustaches and wigs. (And yes, I refuse to post any photos of her that claim she was doing heroin or kissing Paris Hilton.) 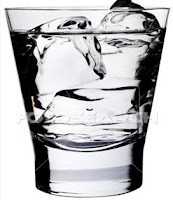 Years ago when I was at my lowest point, I had a major drinking problem. I wanted my problems to go away with each sip of my vodka. I’d start in the midday well into the late evening. I remember walking into my psychiatrist’s office numb from the emotional pain of everything I had went through. She quickly scribbled down a script for Ativan and said, “See you next month.” I stared at her and said these words quote on quote: “When I walk out of here with this band-aid of a script, I’m going to drive my car into a tree hoping that’s more effective.” She sat back in her chair with her arm dangling while her other hand was tapping her pen on the desk and said, “You’re too smart for that, Debra. I know you better.” Whether or not she knew me better, in my mind I was really serious, but hell if I had the courage to pull it off. But what would happen if I just cried for help this way? Will she take me seriously? My “goodbye” to her was dramatic, almost Academy Award winning. I insisted she didn’t worry about the money owed for therapy, I couldn’t pay her while I’m too busy pushing up daisies anyway. I walked out thinking that this would surely get me some available help, even if I had to stay at a facility for a month or two. 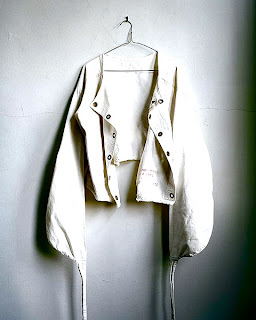 As I drove off, oddly enough feeling a little better about what I had done, reality kicked in and I knew that at any moment, I would see the men in white coats, or perhaps, the mental health crisis center in their little EMT trucks tailgating me. As I pulled into my driveway and went back inside, I started preparing things, thinking that they’ll surely track me down at home, but sadly enough, help never came. My threats of suicide were ignored. Did she want me to do it? Maybe this would be one less patient she’d have to deal with. Were my problems too much for her? Whatever the reason was, pouring another vodka on ice would smooth things over. A friend had called and came right over, because she could hear in my voice that I wasn’t quite myself. We sat out on the deck and talked for hours. It was the only real help I had gotten, even if she had a few cocktails along with me. I wasn’t alone in this. She had problems too. We were in this together. I then felt like someone related to me, which was the most incredible feeling when you’re in that type of dark place. 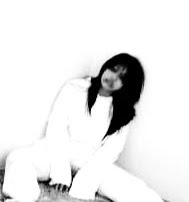 A month later, my next visit with the same psychiatrist was interesting. I sat down across from her and she asked, “So how are you feeling now?” I said, "Better but I do have some dark moments." She then went on to say that everybody gets those dark moments, but I stopped her in mid-sentence and then asked her, “Does everybody tell you they’re going to take their own lives in your office? And if they do --do you just let them walk out without calling the crisis hotline?” She stared at me, smiled and then went on to say, “Debra, you’re very well put together and intelligent. You would never do something like that. You wouldn’t believe the types of people that walk through my door day in and day out. You’re not one of 'those' people.” I interrupted and said, “But I am one of 'those' people and you’re being discriminative just because I do my hair and makeup and perhaps, put on a few nice blouses. Inside I am just like them.” She insisted I wasn’t. And no, I may not be rocking in some corner drooling all over myself, but inside I was dying just like they were. The person in the corner may be better off than where I stood: I was smart enough to carry out a task that a person ‘not in their right mind’ may not even think of.

But I digress. Why is it so hard to realize that even celebrities, like Lindsay Lohan need help? YES she has more money than most of her doctors and YES she probably has a lot more going for her than most people do, but she is dying inside. Why can’t someone just take the reigns and say, “Let me help you.” She can’t do it alone. With all of her emotional pain, and then on top of that, the drugs and alcohol to self-medicate ---why can’t one of her loved ones take her seriously? I’m afraid that the next time they see Lindsay in shattered pieces all over the floor, by that time, her pieces will be far too shattered to put back together again. And next time someone wants to make fun of her, mock her drug addiction and beat her with the emotional stick, just remember, she’s not too far off from most people reading this right now. It makes me wonder just how many psychiatrists, psychologists and social workers have gotten their degrees through a candy vending machine.
Debra Pasquella Lindsay Lohan Lindsay Lohan rehab mental health