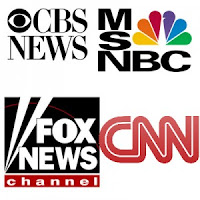 Let’s face it, people love drama. They love the thrill of pointing fingers and coming to outrageous conclusions about whatever. Lately, with all the media chatter about Rev. Terry Jones who had planned to burn the Qurans this September 11th, the mosque being built near ground zero and most of all, calling someone a "hero" for jumping out of a chute of an airplane just because he had a hissy fit for whatever reason, is just insane. A real hero, as Ian Lidster stated on my previous post, is the guy who set the plane down in the river and everybody got off alive. That’s a true and genuine hero --not this nutcase Steven Slater. Let that story RIP please.

My real issue today is the media though. For now, the burning of the Quran has been canceled. This pastor who had no more than 50 people in his congregation stirred up nationwide chaos. Who’s to blame? The media. They gave him the publicity to make his voice heard - to make the world outraged on either sides of the argument. There are no positive resolutions in burning Qurans. It just creates hatred and anger among people. It’s not just about his thoughts, beliefs and “freedom of speech” ---he’s endangering lives of our own troops in Afghanistan and Iraq. Rev. Terry Jones will stop the burning of the Qurans if Imam Feisal Abdul Rauf, the owner of Park 51 Mosque moves the mosque to a further location. What clout does this unknown pastor have? I don’t get it? I agree that burning the Qurans is an awful idea, but if nobody knows about it, why smear him all over the media? The media is making this world a messy place to live in and giving attention to idiots who don’t deserve it. 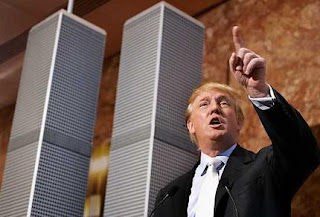 Then, we have a peaceful resolution to it all, yet the media says it’s all for a publicity stunt. Why? Because the media wants to see the burning of the Qurans and see the mosque go up. Why? Because the media makes money off controversial topics. They're definitely not peacemakers. They are troublemakers if anything at all. We’re sucked into it, just as they feed it to us day after day. Donald Trump says he will buy out the mosque that is going for 4.5 million dollars. In fact, Trump says he will give them a 25% profit on top of it, so that they can build their mosque a little further down, but not too far if they like. Trump says it’s not for his benefit, in fact, it’s bad real estate if he does invest in this property. The location is horrible and the only reason why he’s doing this is to make a peaceful resolution for everybody. What’s so wrong about that? And even if it’s for a publicity stunt----who gives a rat’s ass? He solved a major problem. People around the world are up in arms because of this mosque being built or not. Now, a wonderful and peaceful offer comes, and Donald Trump’s the bad guy? Gotta love the media. Does anyone else have a better solution? Hats off to you Donald Trump! If anything, I vote Trump for mayor of New York. In my opinion, Trump’s the real hero in all of this.
burning of the Quran Debra Pasquella Donald Trump Imam Feisal Abdul Rauf Rev. Terry Jones Steven Slater