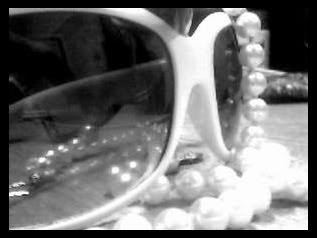 Isn’t it funny how some people view us? Have you ever thought what someone thought of you, whether it be a friend, acquaintance or merely just someone who knew who you were? It’s amazing to see the truth seep out by the words they say to others. I think everything-- every wall, every room, every source of information on the internet all have “ears”. And what I mean by that is: whatever you say to someone about somebody else, will eventually trickle into the ear of the person you have spoken about. It never fails. During the past couple of years, I have heard so many stories about “who I was” or “how poor or rich” they assumed me to be, as well as other well fabricated stories that went through mouths-to-ears and back around again a million and one times. Some of the stories are downright hysterical. Hey, let em’ think what they want. At first, I was bothered by what others thought about me, but now, I am highly entertained because each story is so different from another. Where do they get their info?

If I have learned anything, it’s this: whenever people talk negatively about you, always keep in mind that it’s either your ex (ha), or someone close to you, who is extremely jealous of you. I have never seen it with just neutral people. Usually, neutral people have no ulterior motives or strong feelings behind whatever they do or say about you. Here’s my theory: if you have kids and they bash you for having way too many, or not enough, they’re simply jealous. Why would they even go on and on about it? If you have a nice house, they’ll bitch about that, as well as make reference to your income or what they “think” you make. If you have a nice car, they’ll inquire about your “need” for it. It’s just a waste of time to even entertain these thoughts. I have never walked into someone’s beautiful home and wondered, “Oh, he or she must be doing something else, or probably struggling to afford this.” I have said, “Wow, I love their style”, and then imagined it for my own future home. It’s beautiful to feel truly happy for someone’s material possessions, family life and life in general. When I hear someone talk about a friend’s success or wealth in such a derogatory tone, I cringe. While they talk, all I see is this green-eyed monster foaming at the mouth.

I recently read a book called, “I Dare You”, by Joyce Meyer. She’s an excellent Christian speaker who has a lot of everyday advice. She’s a bit too religious for some, but she truly gives a great sermon and she’s very down-to-earth and not too “holy-rolling” if you get my drift. I want to share a short excerpt from her book that really hit a chord with me. She’s really dead on with a lot of issues about life. Sometimes, I wonder if she has written pieces just for me. If you ever want to hear a terrific sermon --look her up on iTunes and get some free downloads of her services. It’s incredible how much she relates to the ‘average Joe’.

“There’s an old story of two shopkeepers who were bitter rivals. Their stores were directly across the street from each other, and they would spend each day keeping track of each other’s business. If one got a customer, he would smile in triumph at his rival. Day and night they taunted each other as each strove to outdo the other. Pretty soon it got to be more than a game; it became a match in jealous hatred and anger. One night an angel appeared to one of the shopkeepers in a dream and said, ‘I will give you anything you ask, but whatever you receive, your competitor will receive twice as much. Would you be rich? You can be very rich, but he will be twice as wealthy. Do you wish to live a long and healthy life? You can, but his life will be longer and healthier. What is your desire?’ The man frowned, thought for a moment, and then said, “Here is my request: strike me blind in one eye!’” -Joyce Meyer 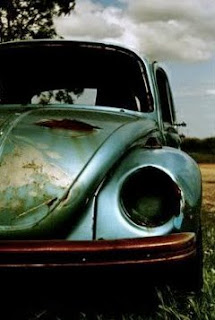 People who are jealous of you would rather see you suffer than to be truly happy in their own lives. When it comes down to the point of hatred, that emotion alone can really make you blind. Bitterness never had any benefits. In fact, through my own “rivals” who have spoken badly about me, which includes my ex and her minions, they have said things like: “Oh she’s a kept woman! She leases her car - she doesn’t own it! She’s not happy in her marriage!” Mind you, this same person has not seen me in over two years, or has any idea about how my life is like now, but yet she “knows everything”. I work from home so she calls me a “kept woman”. I lease my car, because I love getting a new car every three years, because I don’t put much mileage on it. I’m the perfect candidate for a leased car. I don’t want to put money into an old car to have to buy parts all the time. This is what I choose.  She would love to think my marriage is “bad”, of course for obvious reasons. If someone still talks about you --rest assure you are still on their minds. For me, I wish her the best. I think she has a lot of potential if she rids of her bitterness. She’s a talented and smart woman, except for that one flaw: jealousy.
bitterness Debra Pasquella jealousy Joyce Meyer relationships