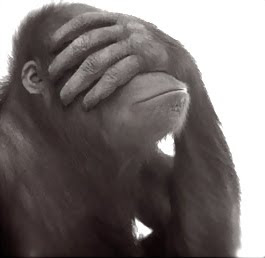 Sometimes I wonder if having a “powerful personality” is a bad thing. The reason why I question it, is because powerful personalities come across more conflicts than the average Joe. They’re strong-minded and at times can be very opinionated, not giving way to an alternative solution or idea. At times, there are no compromises to be made, which makes them seem stubborn or perhaps, rude. You either ‘hate em’ or ‘love em’. There is usually no in between. Sometimes, people are downright scared of them, or feel somewhat intimidated, hoping not to get into any type of altercation or argument whatsoever. There are three types of “strong personalities” I can think up: the type where their beliefs are absolute truths and nothing more, and the type where they’re absolute people magnets because of the powerful lure they hold, perhaps persuasive and even possess an attractive yet manipulative charm. The other type that I categorize myself in, is strong-minded, my beliefs are my truths, however intellectually I know others have different beliefs which I respect. If there is factual basis upon an opinion, I will call it out and “try” to have a healthy debate. If someone rubs me the wrong way or offends me, I will speak my mind as tactfully as possible, and perhaps quite bluntly. But, I’m not hard to get along with as long as you don’t have any motives or try to “test me”.

Considering that I do hold myself in the “powerful personality” types -- I also know that my motives are not to manipulate or persuade, but to speak my mind and respect other people’s opinions and beliefs. If someone were to say, “You’re wrong about that”----I will give factual basis along with a very strong opinion to back it up with. But, if they just tell me what they believe to be true, I nod and listen. I don’t tell them, “You’re wrong!” I will tell them how I feel, or what I believe. Simple. I can be abrasive sometimes when my limit has reached its peak. And what I mean by that is, if I feel somebody is taking advantage of me or somehow pulling a ‘fast one’ over me - I will call them out before their motives are carried out. I’m very intuitive when it comes to sneaky people, and when they’re caught, they behave like a cornered lion - they lash out and spew the most hateful words you can ever imagine. I’ve seen this happen so many times that I can write a book about this one topic alone.

Have you ever sat with a friend who is relentlessly complaining about a mutual friend you both have? The friend will try to do anything to persuade you to hear “their truth” on the topic, hoping you’ll side with them. Sometimes they’ll be sneaky and put in a little, “Well, I don’t wanna get you involved, but . . .” Remember, there are always three sides to a story: party one’s side, party two’s side and the truth. It’s almost like a game of ‘who can play the better lawyer’, and you’re the jury. When they have criminal investigations with two people in separate rooms who have been in cahoots with a crime - once a detective blurts out, “Your friend admitted that you did it”, the other one will cover their tracks and even go so far to lie and say, “No, it was him” and possibly conjure up a good fabricated story. Never trust anybody who feels cornered, hurt or betrayed. I say this because the feeling of betrayal can bring out the biggest monsters in people. Their anger is too big for their own bodies. Maybe they have every right to feel betrayed or hurt, however, their revenge is much larger than what can be seen with the human eye alone.

It’s human nature to feel a sense of “revenge” once you’ve been betrayed or hurt by someone you once cared about, however keep in mind that all truth eventually rears its head once the dust has settled. It’s a law.

“Any story sounds true until someone set the record straight.” -Proverbs18:17

Here’s a scripture I love and I’m sure you’re going to find this very interesting too.
“Smooth words may hide a wicked heart, just as a pretty glaze covers a common clay pot. People with hate in their hearts may sound pleasant enough, but don’t believe them. Though they pretend to be kind, their hearts are full of all kinds of evil. While their hatred may be concealed by trickery, it will finally come to light for all to see. If you set a trap for others, you will get caught in it yourself. If you roll a boulder down on others, it will roll back and crush you. A lying tongue hates its victims, and flattery causes ruin.” -Proverbs 26:23-28

Always remember that whatever you put out into the universe will eventually come back to you, whether good or bad. I speak of universe as “God’s creation”---in my beliefs. I do believe in the ol’ golden rule: “Treat others as you would treat yourself”, and yes at times we may fail to follow through with this because we’re human, but always keep in mind the consequences of an evil heart.
betrayal Debra Pasquella deceit lies proverbs truth