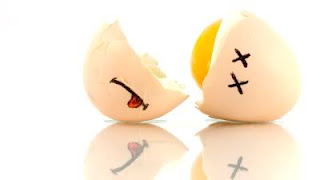 As bitter as one can possibly be, isn’t it sad when someone mutters out, “Ugh, they were such a waste of my time”, as if the person were complete trash? I often wonder if they truly mean it. I think back on all of the “waste of times” I have dealt with, to conclude that in actuality, they weren’t a waste of time after all, as much as I’d like to say they were. Every single person that has come into my life has either taught me something, made me experience something new, was there for me at a crucial period, or has simply shown me a terrific time that I will always remember. No matter how it ended, no matter how bitter the breakup or cutting the ties were, I absolutely have no regrets about anyone, be it friend or lover.

I do believe that God puts people in our lives for a reason. Think back to a time where you were once friends or lovers with someone who wasn’t healthy for you. What have you learned from that relationship? What good times or new experiences did you share with them? How has it helped you “now”, as a person? As that old saying goes, “People come into your life for a reason, a season and or for a lifetime.” I don’t recall the author of that quote, but it’s so true. Sometimes a wonderful friendship ends because its time was up. The fate between you and that person was just for a period of time and not for a lifetime. I never understood it before, until I got into my mid-thirties. I can’t believe I’m saying mid-thirties.

The most chaotic relationships are the ones that I’ve learned the most from. And I’m not saying that as 'they were only ones that did negative things'---I’m saying that in terms of what I know ‘not to do again’.  I have learned a great deal from previous relationships and friendships and then applied them to new ones. For instance, I had to end ties with a very unhealthy friendship recently. In the past, I would have held onto this friendship and dealt with the turbulent ride. Instead, I calmly explained why I had to leave the friendship after the umpteenth time of arguing and fighting. This person would apologize profusely and then in the next sentence call me a fecking ‘witch’ for hurting her so badly. She would then go back to apologizing, begging me not to leave the friendship. This went on for nearly eight months. From previous traumatic experiences, I had to cut the ties with her. I didn’t want to because I genuinely liked the person, but she was too ‘all over the place’. It was so unpredictable that I was always scared to talk to her. I didn’t know whether or not I had done something without acknowledging it, or she may have been jealous over something inane, such as talking with another friend. It was scary. I felt like I was in a pseudo relationship.

I feel really sad, because I would like to be close with some of my friends, but because of these experiences, it makes me fearful. I’m sure some of my closest friends feel the ‘push’ of my fear. I don’t mean to push them away. It’s a self-defense mechanism. One of my closest friends understands me all too well. She totally gets me and realizes the trauma I’ve gone through, because she went through similar experiences. It’s nice to sit down with her and just talk about everything, without it being so damn complicated. It’s a breath of fresh air spending time with this friend because I’m not being judged or ridiculed for anything - I’m being heard and appreciated. I haven’t had that for a long time, only with my wife. Slowly, I’m beginning to accept more, however, reject more. In other words: I won’t tolerate manipulative people with their own agendas for whatever reasons, but I will accept a friendship and become vulnerable again. Each person is different, and with that, I don’t regret my decision to open up again. I don't want to be forever broken.
breakups Debra Pasquella friendships healthy relationships vulnerability