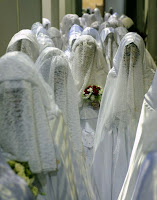 While having breakfast with Mad this morning, she said something very interesting commenting on a discussion we were having regarding a very combative friend of ours. “It’s not what they say - it’s what they don’t say.” I thought about it for a moment, since one of my friends typically says what’s on her mind, to where most of us would just remain quiet about it. It can lead into some heated debates and even some unnecessary arguments. I told Mad, “Well, I’m glad she says what she thinks and doesn’t hold it in, but at the same time, it can be surprising when she spews out her thoughts as well.” But then Mad went on to say even slower than before, “It’s not what they say - it’s. what. they. don’t. say.”  I finally “got it”. The basis of her words were set around motives; the reasoning behind the madness of someone being “too comfortable” telling you what’s on their mind at any given moment.

I’d like to think that I’m pretty intuitive when it comes to people and their so called “motives”, but I’m not. I’m completely clueless at times and I don’t see what others may see when it comes to dealing with different people. More so, I’d like to give the benefit of the doubt when it comes to my friends. I don’t like to read too much into what someone says or does, but lately, I have to. There have been way too many mishaps, arguments and debates because of miscommunication and ----the lack thereof. I think that’s the main reason why I keep most of my friends at arm’s length. It feels so complicated when it shouldn’t be. As I grow older, I’m realizing that there are women out there trying to ‘sew their oats’ before they turn a certain age. When I was younger, I never had such complicated friends before. It seems odd.

Let me explain a bit of my situation that we have going on here. A good friend of ours has always acted a bit on the ‘strange side’---let me say it in nicer terms----just a tad “different”. She’d get upset over a comment made and had gotten jealous over me having lunch with another friend. She has known Madelene and I for a while now and completely acknowledges our marriage and that we are very much in love. What surprises me are all the sniping attacks I get out of nowhere sometimes. The saying, “It’s not what they say - it’s what they don’t say” has come to an end. It’s what she has said that led me to write this post today. 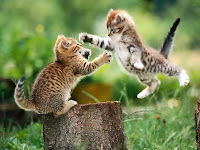 She sat me aside and explained in full detail of her concerns. The first words out of her mouth were, “I love you, dearly.” I took that as a friendly type of love. But when I heard, “It hurts me to see you with other women”, I had to take a step back and wonder what she was talking about. As she was shaking while speaking to me, she explained how this made her completely jealous and how it’s different with me being married to Madelene. She didn’t mind that. “She didn’t mind that”----I keep saying that in my head. Well, I’m glad my marriage is something she doesn’t mind. To make a long story short, she basically told me she was very jealous over the women I spend time with. She made me out to sound like some escort service. I have close female friends that are just that-----friends. But, she doesn’t believe that. She thinks that there is more to it and she wants to be the only one besides Madelene to be “close with”.  That’s one helluva’ way to tell someone how you feel about them. “STOP HAVING FRIENDS!” But what’s more interesting is how many women love to date or try to date women or men who are already married.  With two women being platonic friends, even though there is no intimacy, there is a great deal of complicated emotions that can take a turn for the worst if the two are very close. So, in actuality, it does become "intimate" on an emotional basis in some cases.
With that being said, I had to break off all ties with this person. I’m afraid I just can’t handle the “complications” of other people’s feelings for me. I am completely flattered, but completely taken back by the desire to control me and the assumption that I wanted...another wife. Maybe polygamy is an option. Maybe I’ll convert to Mormonism. I’ll set up a huge compound of all my wives, and hopefully, they’ll be no cat fights amongst the sister wives.

One can only dream.
Debra Pasquella polyamorous polygamy relationships