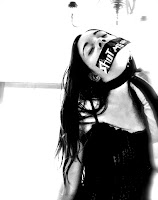 3 o’clock rolled around and it was time for my morning jolt of a double espresso. I walked into the local bakery instead of a Starbucks or a Duncan Donuts chain, and bumped into an old friend from years ago. We talked for a while and even had our coffee together to catch up a little. Earlier in the day, I had gotten into an argument with someone close to me. It definitely showed on my face and my friend isn’t the type to hold back not say anything. She called me out on it. Within a matter of five seconds, I tried to conjure up any excuse, “Didn’t sleep at all last night”, “Just getting over a cold”, “Sinuses”, “I just didn’t age well”, and the good ol’ “I’m just hungover.” I used to tell this friend every single thing about my life, but today was different. Today I felt censored. Today I was reprimanded by someone who had read my blog and basically threw a tantrum fit over my feelings. They were feelings of the past. Regardless of anything, I feel like my words, my actions as well as my writing are all being analyzed by someone who claims to be “nonjudgmental”.

Years ago, my writing started to become a bit tame, not as raw and “tmi-ish” as I am now. I had an influx of readers email me telling me what they had thought. One in particular said, “I still love your writing, but it has become a bit more surfaced lately, is there anything wrong?” The feeling of being censored and judged is awful. My question is: should we even care? This is “me” - I’m a writer and if my material becomes surfaced, then to me, my writing isn’t worth shit. Aside from writing for entertainers in comedy, my own personal style of writing is from my heart. It’s “me” being poured out on ‘paper’. It’s an outlet that lets me be me. Without that, it’s just words that don’t mean a fecking thing. Totally surfaced.

I did however use, “I have the worst allergies today”, to respond to my friend’s inquiry about my puffy eyes. I wanted to tell her the entire story because my life is a complete opened book by choice, but the censorship nazi slapped me in the face. With that being said, last night while out with a friend having dinner, we were discussing those ‘happy-go-lucky nothing ever goes wrong in my life how are you today’, type of people. Typically, these people are found in the sales fields trying to conjure up more business and more fake smiles. I had told my friend sitting with me that I used to know this woman who worked with me about five years ago. She was all happy and giddy everyday and encouraged us to “smile because people can hear it over the phone” type of shit and she also was a motivational speaker. She helped many people, but in the process, her inner core was deteriorating little by little. I said to a co-worker, “Can’t you just see her snapping one day and flipping the feck out?” We both laughed at the thought, but not even two months later, she was sent to a mental psychiatric center for having a nervous breakdown.

Is it worth keeping our feelings in, especially to someone we care about, a friend, a lover, a spouse or even to a professional? When we start repressing our feelings, words and actions, we start building up a time bomb within ourselves. We start removing the cap off the grenade hoping to throw it fast enough so we don’t get sizzled in the aftermath. “Toss aside those feelings and suck it up” we tell ourselves. “Nobody wants to hear how we feel.” Totally the opposite. People who truly care about you would love to know what’s on your mind and heart. If they are only after monetary or superficial type of things and only pretend to care about you - they will look for reasons to call you out on your complete honesty and courage to let it all out. I’ve seen many writers shut down their websites because of complete honesty being offered. Granted, there is a time to shut yer’ mouth, but if it has to deal with you and your feelings, then nobody has the right to censor you.

Never be surfaced. Nobody likes the sound of it, nor wants to read it.
censorship Debra Pasquella honesty