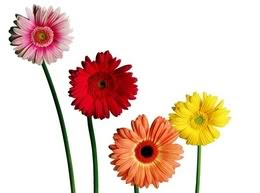 To me, the world is like a big garden with a vast array of flowers, each unique in their own way. Not one flower is “prettier” than the other - they’re just different. People pick flowers according to their liking, not necessarily according what’s “best” in other people’s eyes. There may be a few weeds in the garden to pull some of these beautiful flowers down and make them feel less desired, but that doesn’t mean they were any less than the ones that were picked out to be placed in a beautiful bouquet. Each flower has their own scent, their own shape and size, and their own color and texture - all beautiful in a very different way. None can be compared to another.

Society and especially the media has put much emphasis on being a size 0, or at least, as skinny as a rail. More and more teenagers as well as adults are developing eating disorders whether due to people judging them or because they have body dysmorphia - they see a fat person in the mirror while being at a healthy weight. Some, even feel that they are ugly in other people’s eyes. For me, it’s not about outer beauty so much as it’s all about inner beauty. A person can be stunningly gorgeous on the exterior, and be frighteningly ugly on the inside. It has to do with the “whole package”---not just what someone looks like. After it’s all said and done, what do they have left but themselves as a person?

As a kid growing up, I remember putting on weight and struggling with it. My mom always and still does cook up a storm and had us “lie down” after dinner, not “go run and play with your friends” instead. It didn’t help much that my dad bought me motorcycles since the age of 8 years old, so my desire to ride a normal bicycle went down the drain. I was always “thick”, not necessarily heavy or fat as one would say. Oddly enough, I never had a low self-esteem and I was always out and about with friends and had many boys pursue me. I never ran to my room and cried because I was bigger than the rest of the girls. I cried sometimes because I didn’t want the boys, I wanted the girls. (A whole different topic for another day though.)  After 30, the pants seemed to get a bit snug and it was harder to knock the weight off. I saw personal trainer after personal trainer and my weight seemed to fluctuate like a bouncy ball, but somehow I managed to maintain healthy vitals, but more so, a healthy self-esteem.

Tomorrow, my wife and I are going back to the gym to get back into shape, but not only for the physical sense of it, but more so, for the heart-health benefits. We’re not spring chickens anymore, (even though she lies and says she’s still 29), but we’re doing this so we can grow old together. Why people are so stuck on superficial aspects of people is beyond me. Even when I was single and dating, I preferred women who had a bit more meat to their bones. Confidence in a woman is like a aphrodisiac for me. I’m still attracted to voluptuous women who hold themselves nicely. It’s all about the way a woman carries herself, the way she presents herself and her entire persona and demeanor - not because she’s a size 0.
beautiful women body dysmorphia Debra Pasquella weight issues