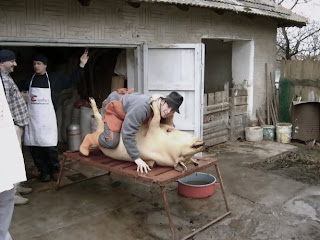 The panic has reached its pique and there are unnecessary numbers of people swarming into the doctors office and emergency rooms in fear they may have the swine flu. The average person who gets a bit freaked out by a cold will hit the doc’s office. For someone like me who relies on her OCD - I steer clear of any doctor’s office or emergency room. Don’t people realize that there are higher risks to catch this flu by communing with others who possibly have it? Think about it: the more sick people joining in one condensed area, the higher the risk for this bug to fly higher. It’s been reported that there were more deaths involved with the normal seasonal influenza than there were with this strain. I’ve also heard that the cause of most of the deaths in Mexico is due to their poor quality and lack of health care. Or, did it just become weaker as people traveled out of Mexico? 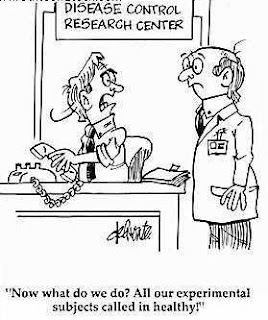 Then I heard something that scared me a little: they don’t know how the swine flu reacts - meaning - they really don’t know if the virus incubates for a period of time before showing signs of the flu. So now, you have to think about all the people who look healthy that may be carriers, until they become fully infected. Panic mode thinking: by the time they really figure this bug out, will it be too late? Who cares? This bug is mild, from what the medical centers have reported. It’s no different than the typical seasonal flu. But if they don’t really know anything about this strain, then how is it possible that they already have Tamiflu? Is it something that the doctors are prescribing to make the patient feel better...(anxiety-wise)? You can prescribe a medication to a virus that you have no clue about. Panic if you will. It’s been my only source of exercise lately.

The food and drug administration is asking for people to address the swine flu as “H1N1”, because of it’s impact on the consumption and market of pork products. They want people to know that they can still eat pork. The strain is not contracted by food. But, how do they know if they have no clue about this bug? Again, panic mode.

But good news! I forgot to add my raw alfalfa sprouts into my salad like I usually do, because it was hidden behind my blackberry stash (which by the way, is a product of Mexico). My delicious sprouts are now being taken off the shelves because of a salmonella saintpaul outbreak in six states. By the time I took them out, they were dripping brown gunk out of the plastic container followed by some freaky nasty odor. Now that’s what we should panic over. And, yes to answer the question that looms over your head: I threw out the blackberries too. They were fresh, but...

Just in case, I took my temperature today. 98.8...  A bit on the high side.  Always remember to soak your thermometer after each use. 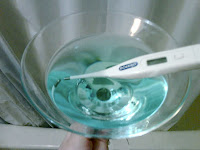