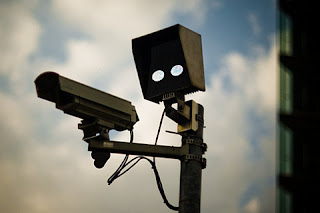 A big concern for many of us is whether or not we’re being watched by Big Brother. Personally, I have absolutely no problem with cameras on our streets and in our marketplaces, because I feel that they keep us safer. It has brought down crime significantly. But then again, it’s the lesser of two evils. If we’re not doing anything wrong, then why should we care? If it’s invading our privacy, then what exactly defines the meaning of “privacy”? My home is my privacy, your home is your privacy, but when does it come down to the point of madness when cameras are taking pictures of your home and then launching it onto the internet? Legally, I can stand outside of your home 1 inch away from your sidewalk and take a photo or video of your house or apartment. If your blinds are open, I have the legal right to view what’s inside and record it. How creepy is that? As long as I am not on your property, I have that right. You have that right. Everyone and their mother has that right. Google Street View takes advantage of that right and has now posted all their street view shots onto the internet.

“Google Street View displays photos taken from a fleet of Chevrolet Cobalts in United States, Opel Astras in Europe and Australia, Vauxhall Astras in the United Kingdom and Toyota Prius cars in Japan. Pedestrian areas, narrow streets and park alleys that cannot be accessed by car are not always covered. However, sometimes Google Bikes are used. On each of these cars (and bikes) 9 directional cameras for the 360° views, GPS units for positioning, Laser Range Finders for the measuring of buildings and 3G/Wi-Fi aerials for whereabouts on 3G and Wi-Fi hotspots are all mounted." --read more.
Can you picture some Google geek on his bike taking pictures of your home? I then questioned if it was only for real estate purposes - like insurance pictures of houses, etc. I can’t help but feel a bit inferior to the many cameras that are taking snapshot photos of our homes in many parts of the world now. Why would they let the public view this?
I only ask Google if they can let me know before stopping by, so I can at least put some make up on and strike a pose.
What are your thoughts?
at April 07, 2009